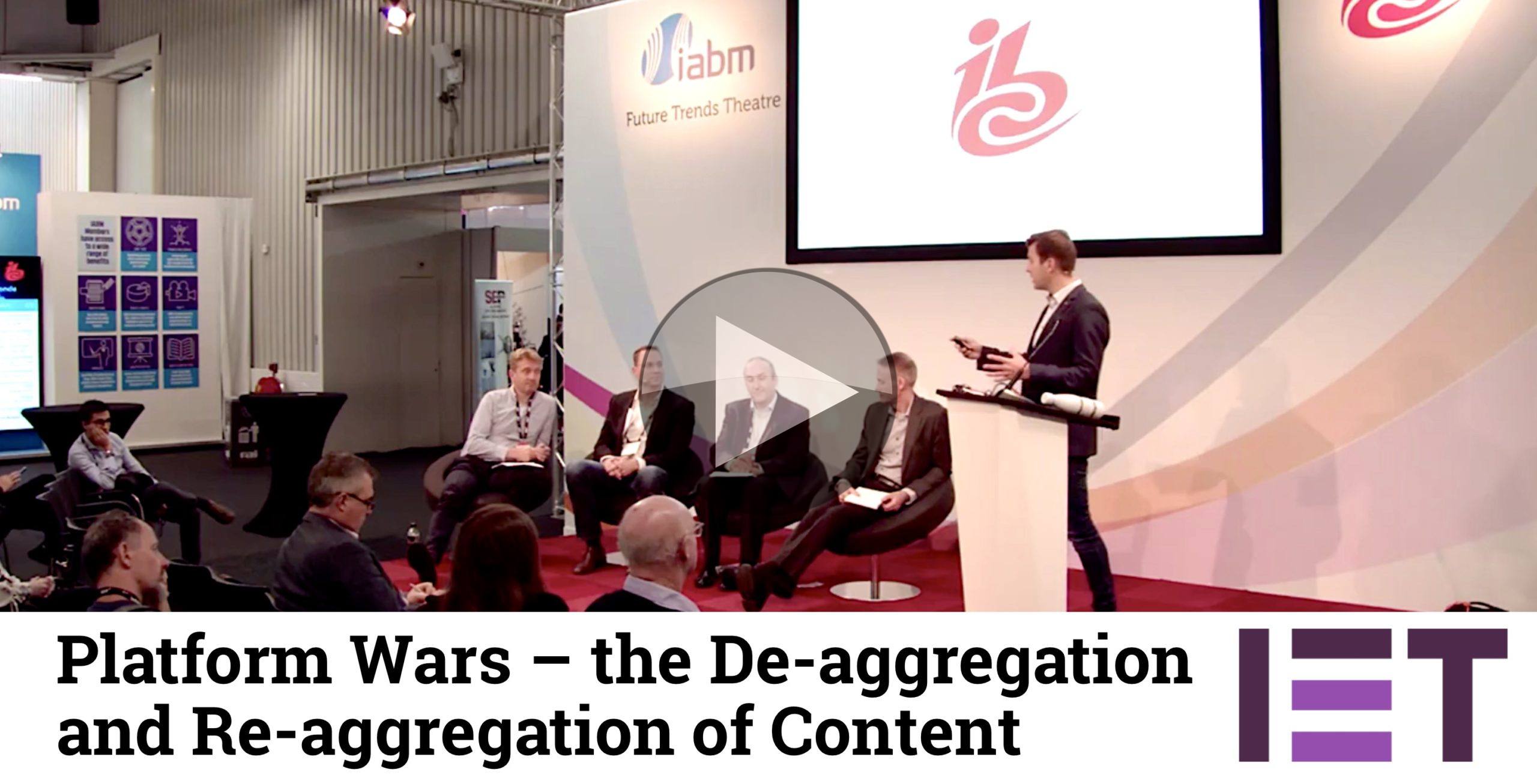 How does the move to OTT delivery impact the traditional platforms? Are there too many streaming services? This session looks at the new platforms, the consumer experience, the role of aggregation and the way that operators have been involved in de-aggregation and then re-aggregation of channel packages both in competition and in cooperation.

How many subscription services are too many for a household? There’s some thinking that 3 may be the typical maximum when people tend to switch to a ‘one in, one out’ policy on subscription packages. Colin Dixon says the average is currently 2 in the UK and Germany. The panel asks whether we should have as many and compares the situation with audio where ‘super aggregation’ rules. Services like Apple Music and Spotify rely on aggregating ‘all’ music and consumers don’t subscribe separately to listen to Sony artists one on service and EMI on another, so what is it that drives video to be different and will it stay that way?

The topic then switches to smart TVs discussing the feeling that five to eight years ago they had a go at app stores and ended up disappointing. Not only was it often clunky at the time, but support has now gone on the whole from the manufacturers. Is the current wave of smart TVs any different? From BT’s perspective, explains Colin Phillips, it’s very costly to keep many different versions of app up to date and tested so a uniform platform across multiple TVs would be a lot better.

The talk concludes looking at the future for Disney+, Netflix and other providers ahead of discussing predictions from industry analysts.