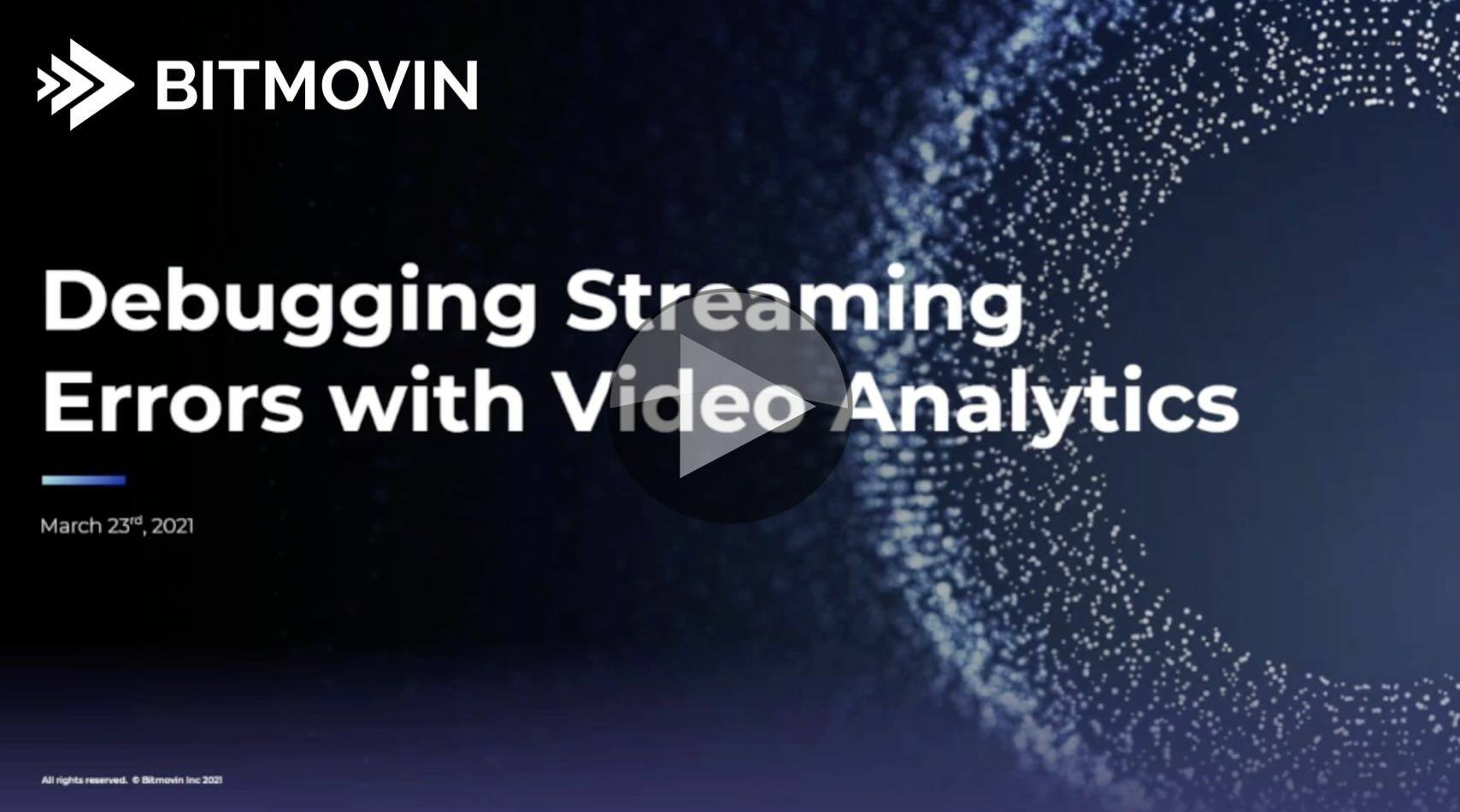 Errors in streaming often require deep knowledge that system specialsts and developers have, but getting them the data they need is often an uphill struggle. This video shows ways in which we can short circuit this problem showing some approaches that Bitmovin is taking to get the data to the right people. Bitmovin announced, yesterday, €25M of further investment in the company. We’ve featured Bitmovin many times here on The Broadcast Knowledge talking about codecs, low-latency live streaming or super-resolution. Reading through this full list makes it clear that Bitmovin’s interested in the whole chain from encode to delivery.

Christoph Prager sets the scene looking at an analysis of errors showing that only 15% have a clear reason with 65% being ambiguous. If an error’s ambiguous, you need data to drill into it and disambiguate the situation. This is exacerbated by the standard aggregate metrics which make getting to the root cause very difficult. Definitions of ‘buffering percentage’ and ‘startup time’ are very useful to gauge the scale of an issue or to find there’s even a problem to begin with. But for developers, they are like the foreword to the book they need to read to find the problem. This has led Bitmovin to think from the angle that errors are a lot more obvious when you have the data.

Daniel Hölbling-Inzko takes us through Bitmovin’s new features to expose data surrounding errors. Whilst these will be coming to Bitmovin products, they show what a useful set of tools for debugging would be and can inspire the same in your platform if you are able to customise those aspects of it. Daniel points out that the right detailed information can be useful to customer support, but it’s the deeper information that he’s interested it. Bitmovin can collate all the stack traces from problem places but also track segments from the time there was an error.

Segment tracking shows the status, type, download speed, time to first byte and the size of each of 10 segments from around the time the error was collected. Viewing these can help see trends such as diminishing bandwidth or just simply show that a problem happened abruptly. Daniel talks through three errors where segment tracking can help you pinpoint problems: ‘NETWORK_SEGMENT_DOWNLOAD_TIMEOUT’, ‘ANALYTICS_BUFFERING_TIMEOUT’ and ‘DRM: license request failed’. Because the requests are now split out individually it makes it easy to see where the 403 error is that is stopping the DRM or how the internet speed is dropping resulting in an analytics timeout. Daniel highlights that it’s the trends that are usually the most important part. 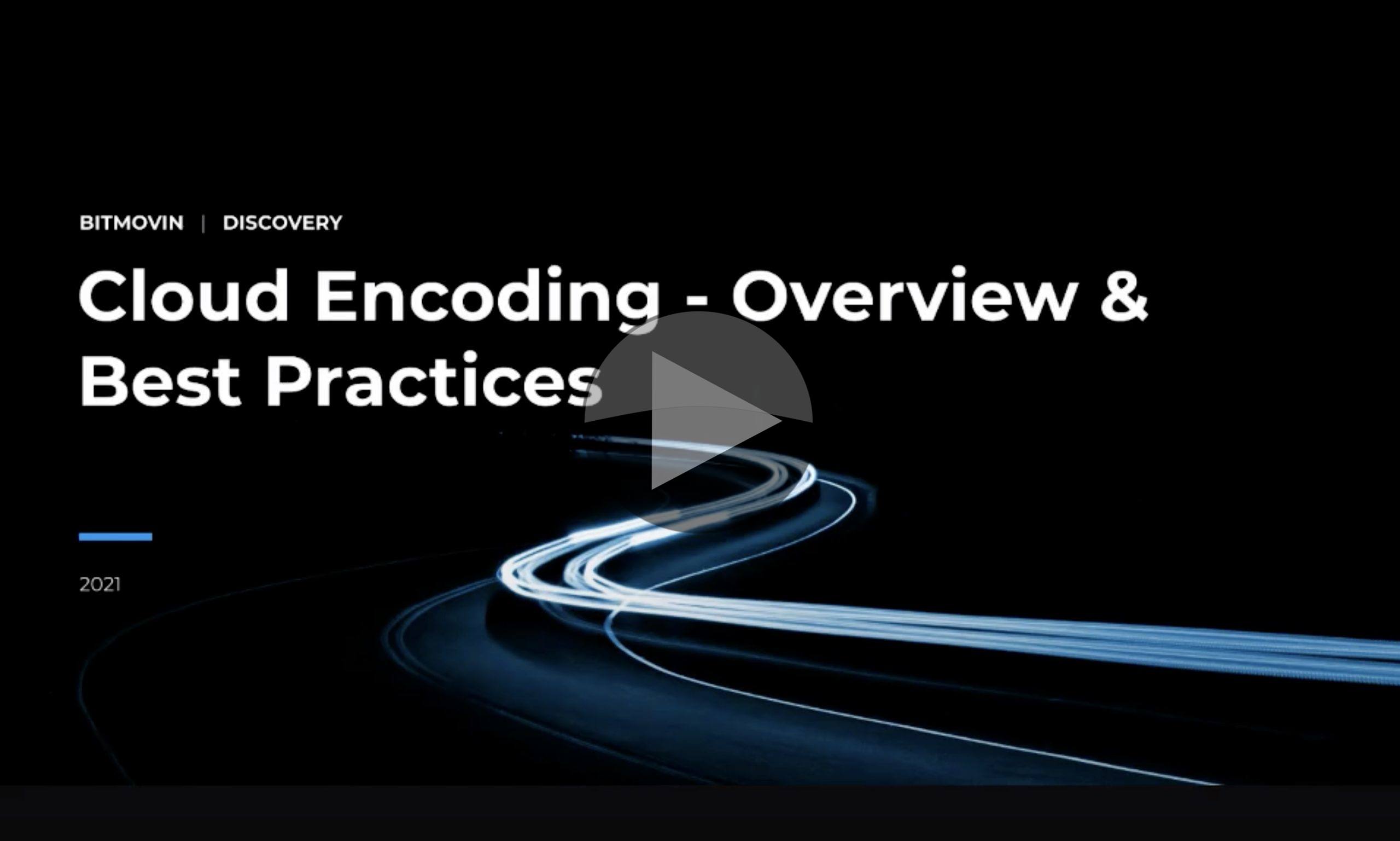 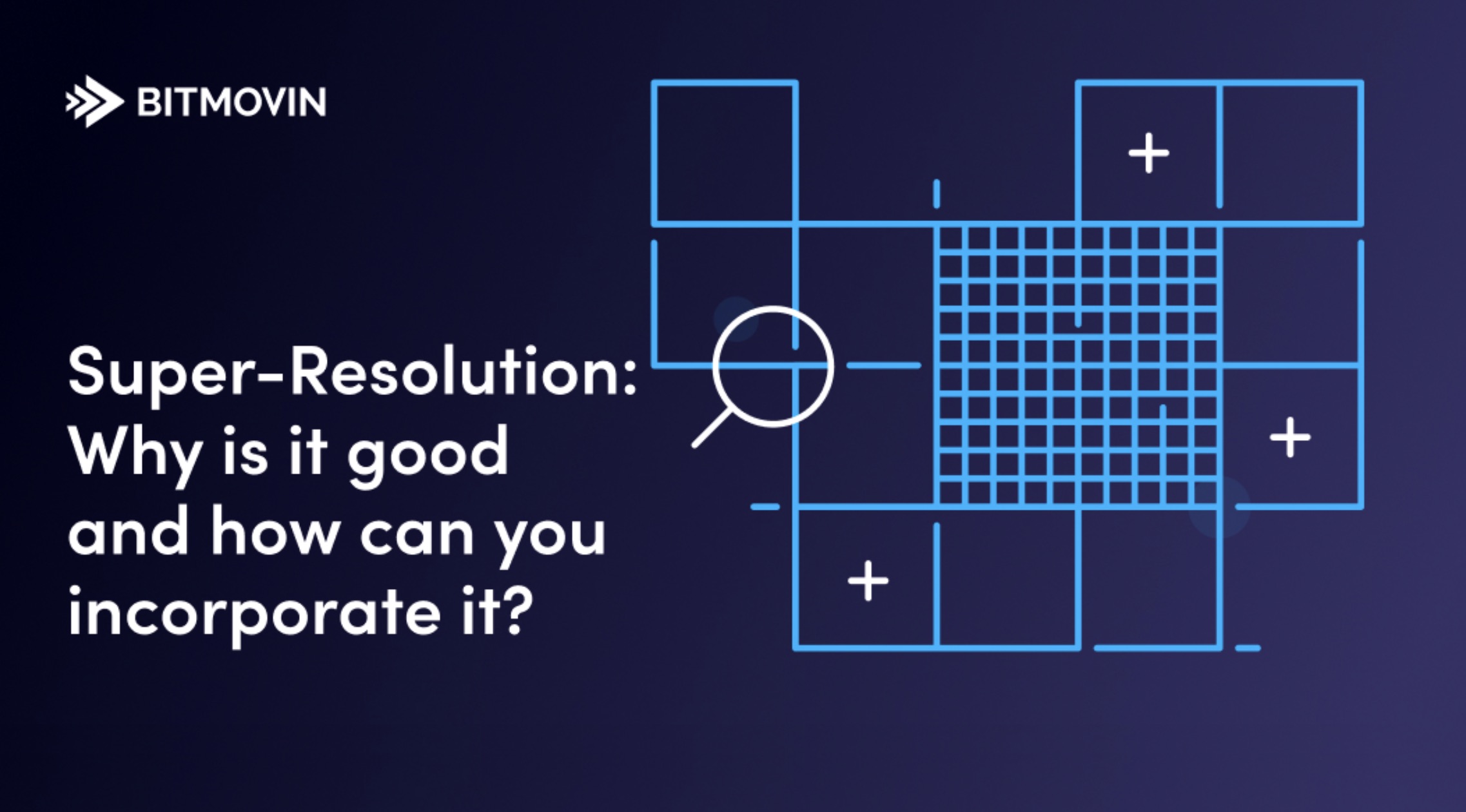 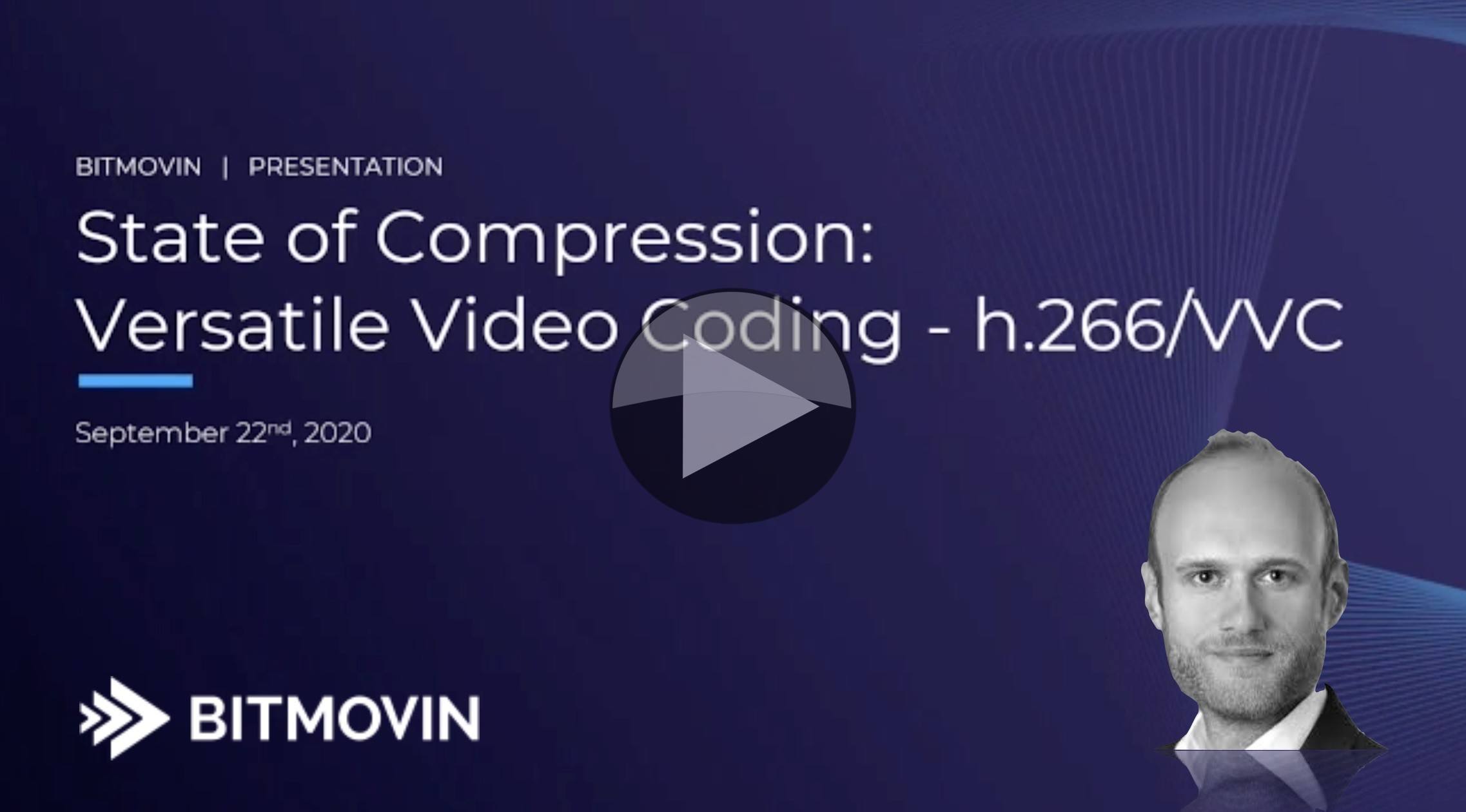 An evolution from HEVC, VVC is a codec that not only delivers the traditional 50% bit rate reduction over its predecessor but also has specific optimisations for screen content (e.g. computer gaming) and 360-degree video.

Christian Feldmann from Bitmovin explains how VCC manages to deliver this bitrate reduction. Whilst VVC makes no claims to be a totally new codec, Christian explains that the fundamental way the codec works, at a basic level, is the same as all block-based codecs including MPEG 2 and AV1. The bitrate savings come from incremental improvements in technique or embracing a higher computation load to perform one function more thoroughly.

Block partitioning is one good example. Whilst AVC macroblocks are all 16×16 pixels in size, VVC allows 128×128 blocks. For larger areas of ‘solid’ colour, this allows for more efficiency. But the main advance comes in the fact you can sub-divide each of these blocks into different sized rectangles. Whilst sub-dividing has always been possible back to AVC, we have more possible shapes available now allowing the divisions to be created in closer alignment with the video.

Tiles and slices are a way of organising the macroblocks, allowing them to be treated together as a group. This is grouping isn’t taken lightly; each group can be decoded separately. This allows the video to be split into sub-videos. This can be used for multiviewer-style applications or, for instance, to allow multiple 4k decoders to decode a 16k. This could be one of those features which sees lots of innovative use…or, if it’s too complicated/restricted, will see no mainstream take-up. 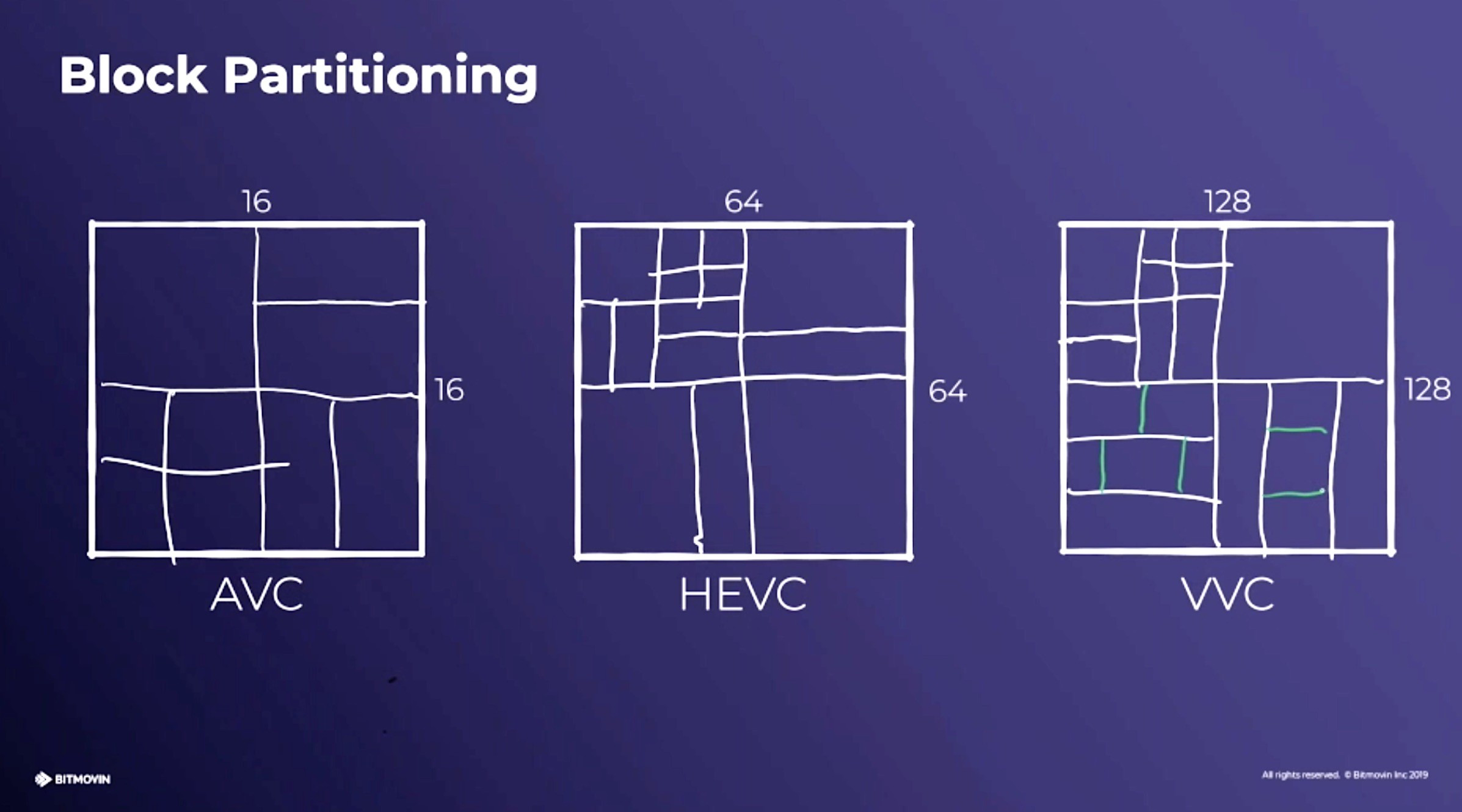 Christian outlines other techniques such as intra-prediction where macroblocks are predicted from already-decoded macroblocks. Any time a codec can predict a value, this tends to reduce bitrate. Not because it necessarily gets it right, but because it then only needs an error correction, typically a smaller number, to give it the correct value. Similarly, prediction is also possible now between the Y, U and V channels.

To find out more about VVC, including the content-based tuning such as for screen graphics, which is partly where the ‘versatile’ in VVC’s name comes from, listen to this talk, from 19 minutes in, given by Benjamin Bross from Fraunhofer. For Christian’s summary of all this year’s new MPEG codecs, see his previous video in the series.