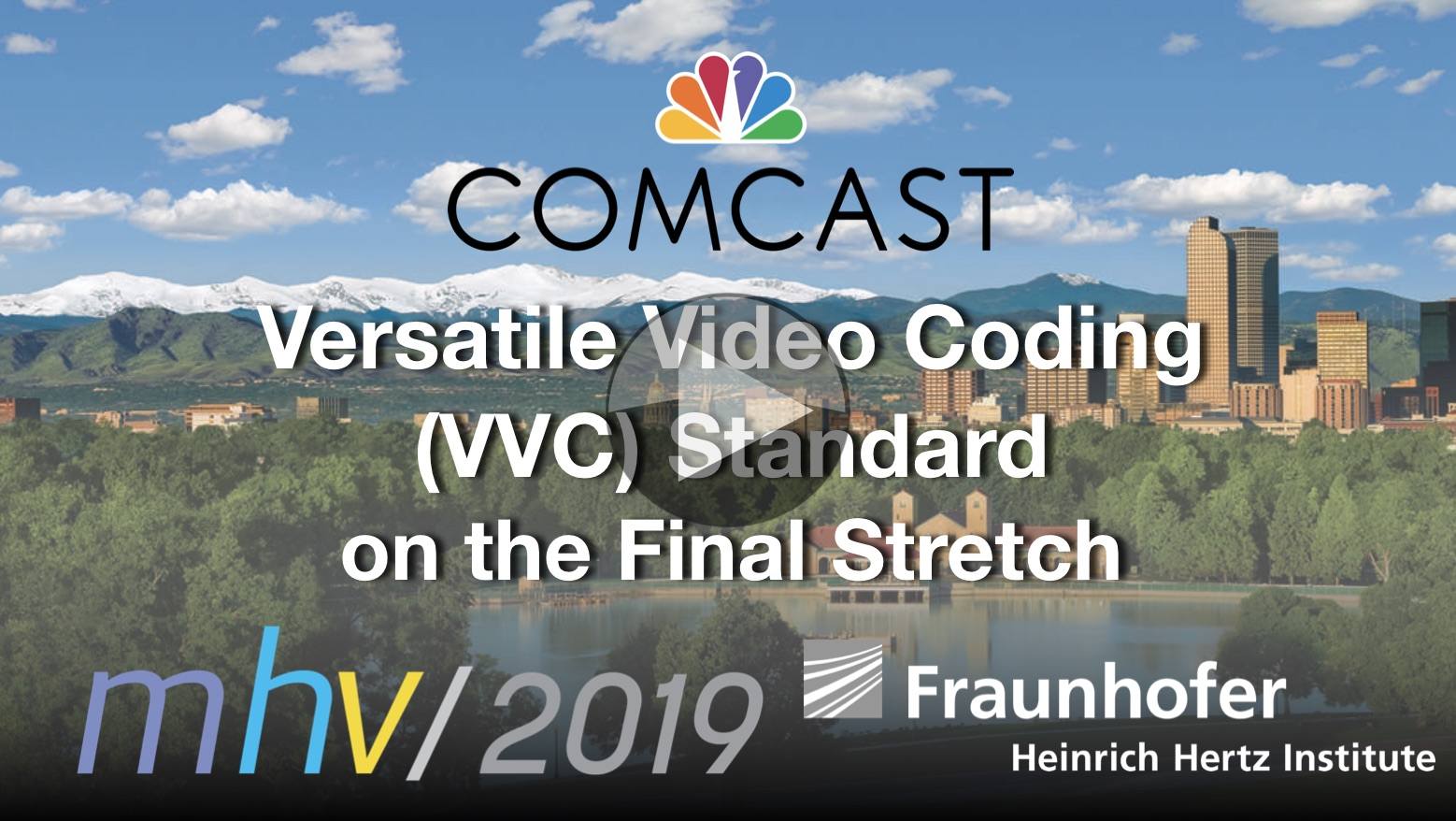 We’ve got used to a world of near-universal AVC/h.264 support, but in our desire to deliver better services, we need new codecs. VVC is nearing completion and is attracting increasing attention with its ability to deliver better compression than HEVC in a range of different situations.

Benjamin Bross from the Fraunhofer Institute talks at Mile High Video 2019 about what Versatile Video Coding (VVC) is and the different ways it achieves these results. Benjamin starts by introducing the codec, teasing us with details of machine learning which is used for block prediction and then explains the targets for the video codec.

Next, we look at the bitrate curves showing how encoding has improved over the years and where we can expect VVC to fit in before showing results of testing the codec as it exists today which already shows improvement in compression. Encoding complexity and speed are also compared and as expected complexity has increased and speed has reduced. This is always a challenge at the beginning of a new codec standard but is typically solved in due course. Benjamin also looks at the effect of resolution and frame rate on compression efficiency.

Every codec has sets of tools which can be tuned and used in certain combinations to deal with different types of content so as to optimise performance. VVC is no exception and Benjamin looks at some of the highlights: