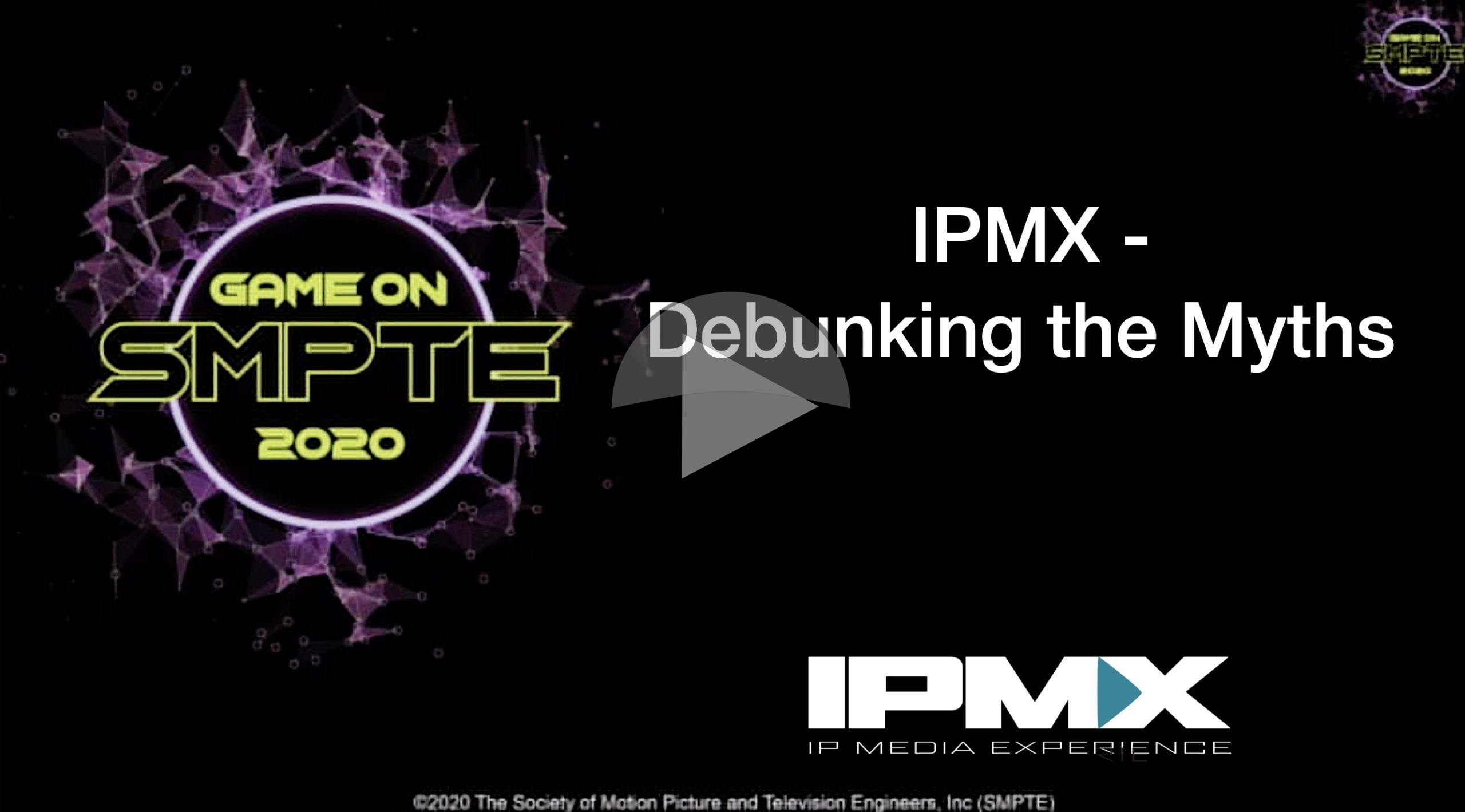 2110 for AV? IPMX is an IP specification for interoperating Pro AV equipment. SMPTE’s 2110 standard suite is very powerful, but not deployable easily enough to rig for a live event. At the moment the is no open standard in Pro AV that can deliver IP. Whilst there are a number of proprietary alliances, which enable widespread use of a single chip or software core, this interoperability comes at a cost and ultimately is underpinned by one, or a group of companies.

Dave Chiappini from Matrox discusses the work of the AIMS Pro AV working group which is developing IPMX. Dave underlines the fact that this is a pull to unify the Pro AV industry to help people avoid investing over and over again in reinventing protocols or reworking their products to interoperate. He feels that ‘open standards help propel markets forward’ adding energy and avoiding vendor lock-in. This is one reason for the inclusion of NMOS, allowing any vendor to make a control system by working to the same open specification, opening up the market to both small and large companies.

The Pro AV market needs more than just swift deployment. HDMI is pervasive and is able to carry more frame rates and resolutions than SDI so HDMI support is to of the list of features that IPMX will add on top of 2110, NMOS and PTP. HDMI also uses HDCP so AIMS is now working with the DCP on creating a method of carrying HDCP over 2110. TVs are already replacing SDI monitors, such interoperability with HDMI should bring down the costs of monitoring for non-picture critical environments.

Timing can be pricey and complex if PTP and GPS are required. A lot of time and effort goes into making the PTP infrastructure work properly within SMPTE 2110 infrastructure. Having to do this at an event whilst setting up in a short timespan is not helpful to anyone and, elaborates Dave, a point to point video link simply doesn’t need high precision timing. Not only does IPMX relax the timing requirements, but it will also support asynchronous video streams.

David explains that whilst there are times when zero compression is needed in both AV and Broadcast, a lot of the time we need video that will easily fit into 1Gbps. For this, JPEG XS is being used which is a lightweight codec that can be run in software, FPGA and more. This supports 4:4:4 video for maximum fidelity. For more about JPEG XS, have a listen to this talk. Some good news for bandwidth fans is that all new Intel chips support 2.5Gbe networking using existing cabling which IMPX will be supporting.

Pro AV needs the ability to throw some preview video out to an iPad or similar. This isn’t going to work with JPEG XS, the preferred ‘minimal compression’ codec for IPMX, so a system for including H264 or H265 is being investigated which could have knock-on benefits for Broadcast.

David finishes by underlining that IMPX will be an open standard that can be implemented in software on a server, on a desktop or on a mobile phone. It’s scalable and ready to support the ProAV and events industry.