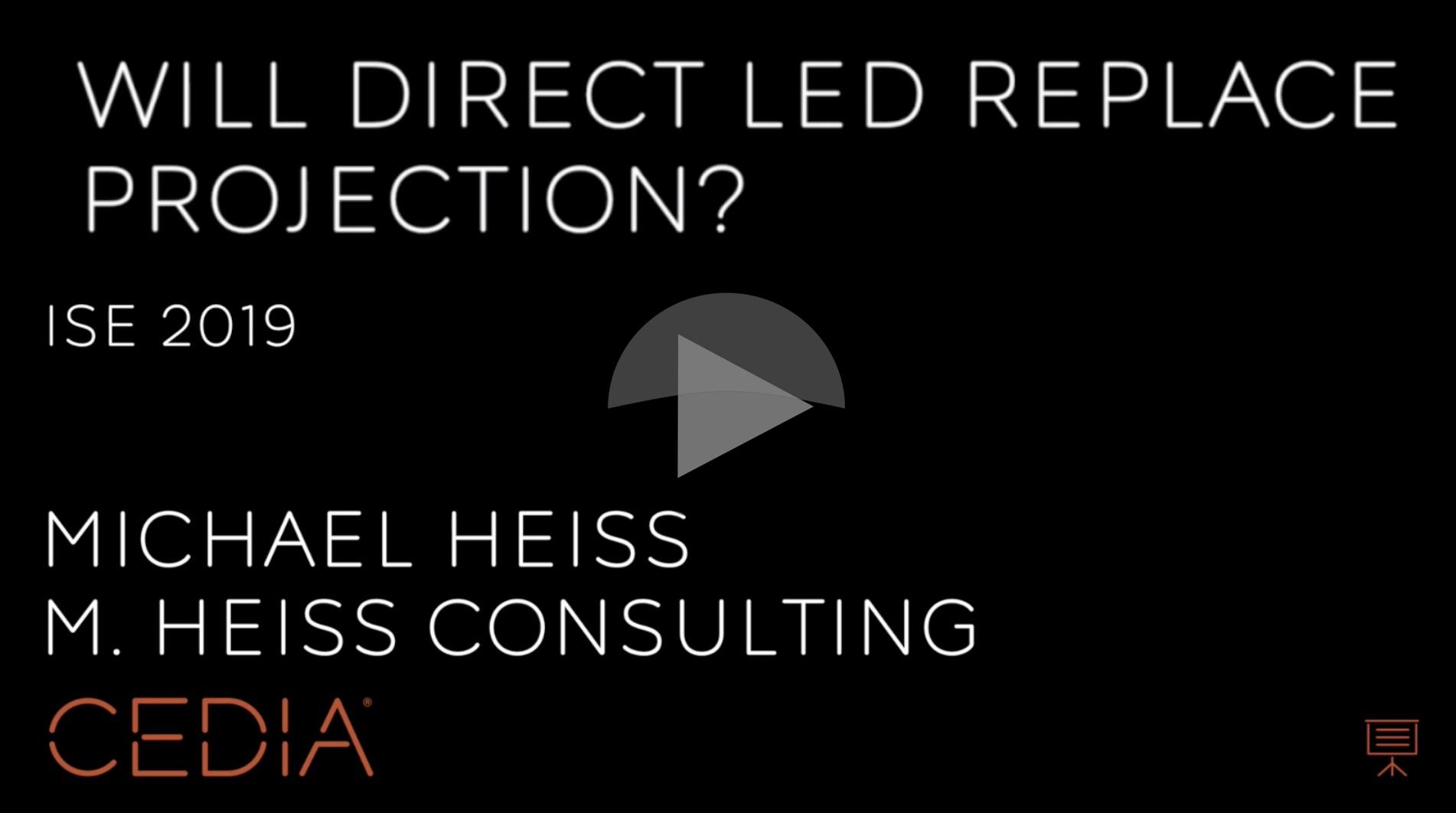 LCD displays have got to the size and sophistication that they can now be installed instead of projectors in cinemas and smaller theatres. This means a choice is now opening up in what equipment to put into high-end home cinemas, shops and more. Whilst there are good reasons to use LCD displays, called ‘Direct LED” in this talk, there are many pros and cons to be navigated.

Michael Heiss joins us in his usual understated style from ISE starting by outlining the key questions to be asking early in any engagement such as the required screen size, resolution, and aspect ratio. Whilst these are basic, there are further questions such as whether there is a brightness requirement, a need for HDR and of course, what the budget is. Answering these questions will help understand if projection is still the better direction to be going.

If you’re building a direct LED screen, the resolution of that screen will be dictated by the pixel pitch of the modules and the number of modules. For a fine pitch, you may just need a 4×4 array of modules. For a wider pitch, perhaps 8×8 to deliver the same HD resolution. This means your choice of screen sizes will be limited as opposed to projection where the resolution is derived from the projector itself and by adjusting its position you can get any screen size you choose, shape of the room permitting. With the cost of the screen being dependent on both the pitch and the number of modules, Michael advises anyone to go to the manufacturer and get them to specify combinations that could work for your project instead of trying to working out for yourself.

Audio is a big issue for larger screens in a film setting as traditionally speakers have been mounted behind the screens in cinemas. The move to LCD screens prevents speakers being behind the screen, but for large settings, people need to hear audio coming from the area of the screen where the characters are talking. Michael explains that the current practice in a cinema near him is to fill in this dead area of audio with sound from the sides bouncing off the screen. This requires a lot of signal processing and specialist knowledge which is not readily accessible and increases the cost of installation.

Direct LED works well for screens outside due to their brightness, for the smaller single-piece screens the simplicity is ideal for retail and it’s very neat. Bringing in the modular design can also work well but there is more complexity in having a frame to align all the modules, you also then need to ensure you have access to the modules when you need to swap them either from the front or the back. This can have an impact on home cinema design, too, as many screens will be flat against a wall.

With price still being in favour of projectors, it’s clear that there’s room in the market for both types of product. As manufacturers such as Samsung continue to experiment and push forward better and cheaper displays, it’s likely the cost element will continue to be eroded opening up Direct LED to many more people.