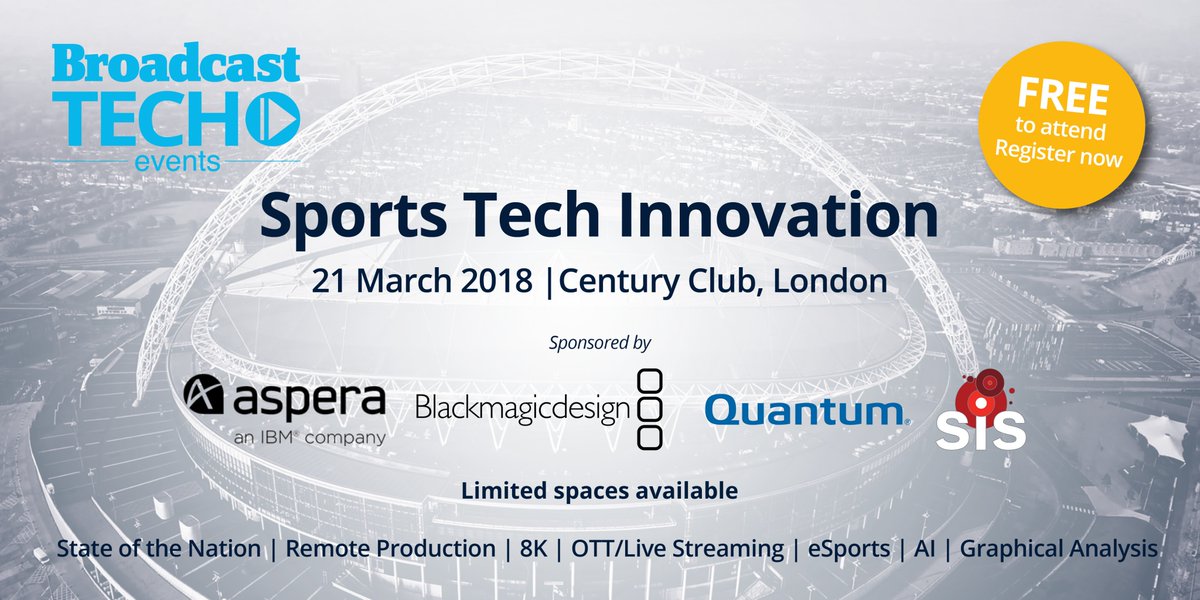 With many speakers including from BT Sport, IMG, FA Group this free event looks at emerging production technology and its use in sport. Topics include:

Register Now for the 21st March

Register Now for the 21st March