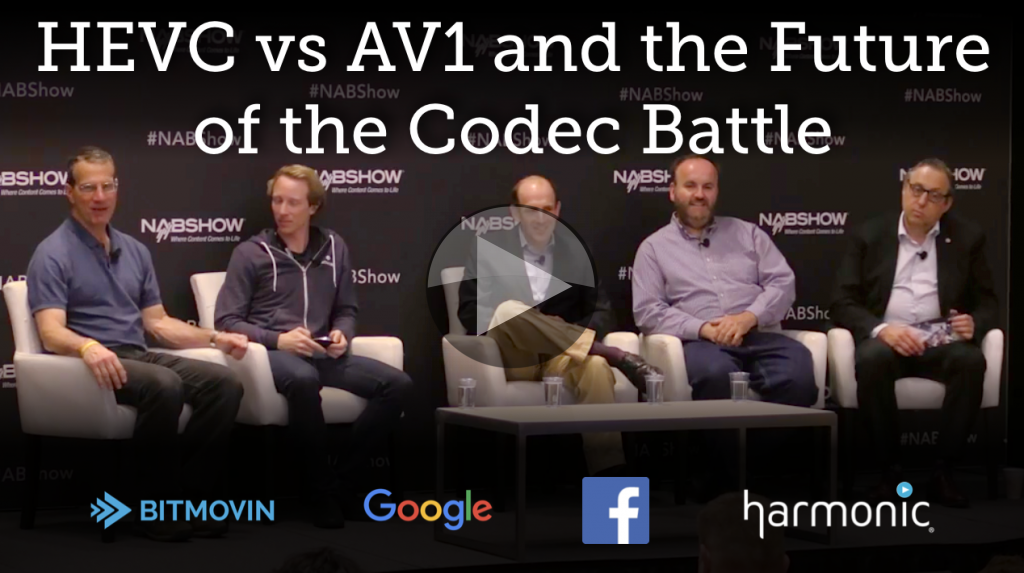 In this debate from NAB 2018, the panel discusses the video codecs which are competing to be the next-generation standard in the OTT environment and, notably, HEVC and AV1 being the front-runners. The debate on which video standard is best suited to our industry is in full swing especially as the Alliance for Open Media released AV1 at the NAB Show and Apple is supporting HEVC in its products and has decided to join the Alliance for Open Media as a founding member. This panel discusses the pros and cons of HEVC and AV1, and also put in perspective content-aware encoding techniques with AVC that might be a strong challenger in the short term for OTT distribution.