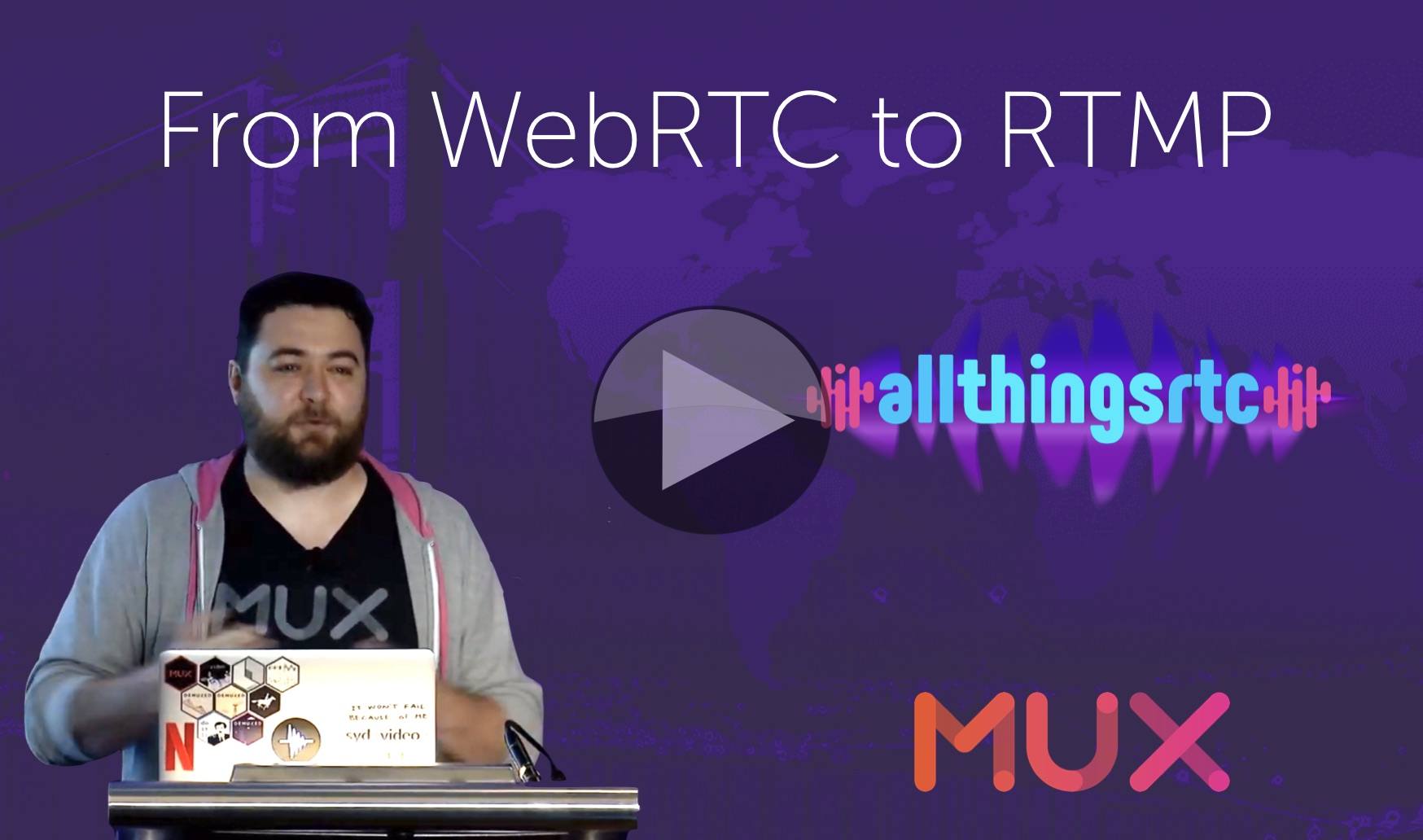 With the demise of RTMP, what can WebRTC – its closest equivalent – learn from it? RTC stands for Real-Time Communications and hails from the video/voice teleconferencing world. RTC traditionally has ultra-low latency (think sub-second; real-time) so as broadcasters and streaming companies look to reduce latency it’s the obvious technology to look at. However, RTC comes from a background of small meetings, mixed resolutions, mixed bandwidths and so the protocols underpinning it can be lacking what broadcast-style streamers need.

Nick Chadwick from MUX looks at the pros and cons of the venerable RTMP (Real Time Messaging Protocol). What was in it that was used and unused? What did need that it didn’t have? What gap is being left by its phasing out?

Filling these increasing gaps is the focus of the streaming community and whether that comes through WebRTC, fragmented MP4 delivered over web sockets, Low-Latency HLS, Apple’s Low-Latency HLS, SASH, CMAF or something else…it still needs to be fulfilled.

Nick finishes with two demos which show the capabilities of WebRTC which outstrip RTMP – live mixing on a browser. WebRTC clearly has a future for more adventurous services which don’t simply want to deliver a linear channel to sofa-dwelling humans. But surely Nick’s message is WebRTC needs to step up to the plate for broadcasters, in general, to enable them to achieve < 1-second end-to-end latency in a way which is compatible with broadcast workflows.