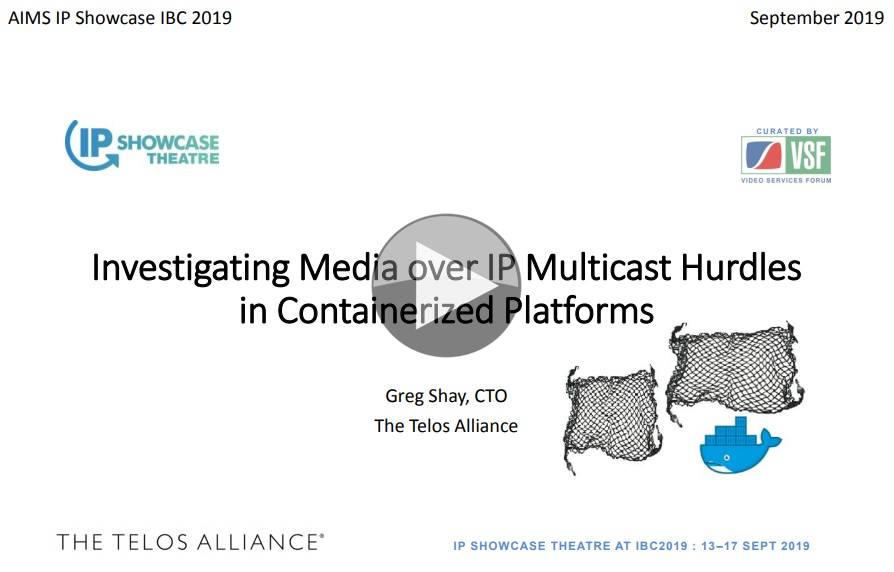 As video infrastructures have converged with enterprise IT, they started incorporating technologies and methods typical for data centres. First came virtualisation allowing for COTS (Common Off The Shelf) components to be used. Then came the move towards cloud computing, taking advantage of scale economies.

However, these innovations did little to address the dependence on monolithic projects that impeded change and innovation. Early strategies for Video over IP were based on virtualised hardware and IP gateway cards. As the digital revolution took place with emergence of OTT players, the microservices based on containers have been developed. The aim was to shorten the cycle of software updates and enhancements.

Containers allow to insulate application software from underlying operating systems to remove the dependence on hardware and can be enhanced without changing the underlying operational fabrics. This provides the foundation for more loosely coupled and distributed microservices, where applications are broken into smaller, independent pieces that can be deployed and managed dynamically.

Modern containerized server software methods such as Docker are very popular in OTT and cloud solution, but not in SMPTE ST 2110 systems. In the video above, Greg Shay explains why.

Docker can package an application and its dependencies in a virtual container that can run on any Linux server. It uses the resource isolation features of the Linux kernel and a union-capable file system to allow containers to run within a single Linux instance, avoiding the overhead of starting and maintaining virtual machines. Docker can get more applications running on the same hardware than comparing with VMs, makes it easy for developers to quickly create ready-to-run containered applications and makes managing and deploying applications much easier.

However, currently there is a huge issue with using Docker for ST 2110 systems, because Docker containers do not work with Multicast traffic. The root of the multicast problem is the specific design of the way that the Linux kernel handles multicast routing. It is possible to wrap a VM around each Docker container just to achieve the independence of multicast network routing by emulating the full network interface, but this defeats capturing and delivering the behaviour of the containerized product in a self-contained software deliverable.