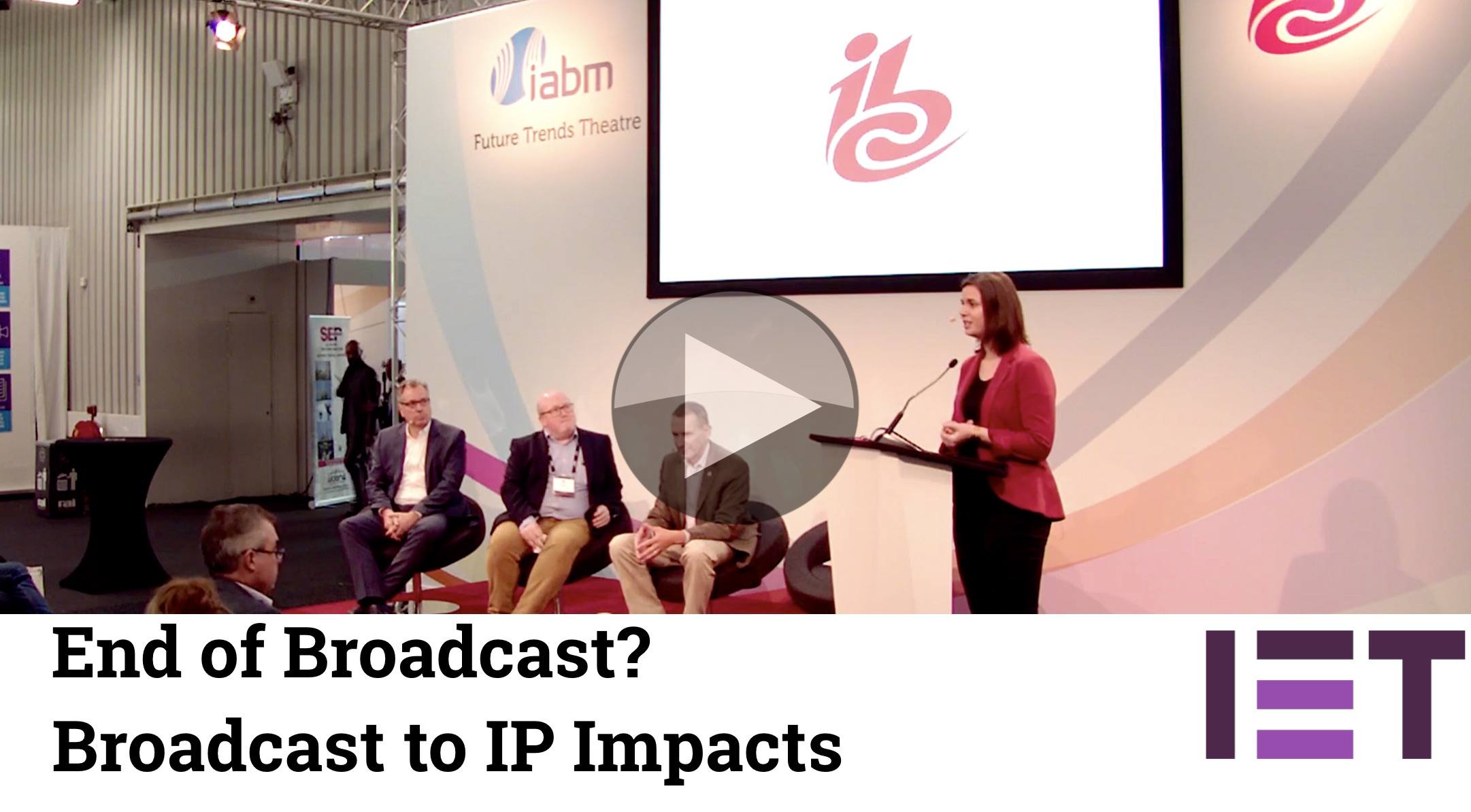 It’s very clear that internet streaming is growing, often resulting in a loss of viewership by traditional over-the-air broadcast. This panel explores the progress of IP-delivered TV, the changes in viewing habits this is already prompting and looks at the future impacts on broadcast television as a result.

Speaking at the IABM Theatre at IBC 2019, Ian Nock, chair of IET Media, sets the scene. He highlights stats such as 61% of Dutch viewing being non-linear, DirecTV publicly declaring they ‘have bought their last transponder’ and discusses the full platform OTT services available in the market place now.

To add detail to this, Ian is joined by DVB, the UK’s DTG and Germany’s Television Platform dealing with transformation to IP within Germany. Yvonne Thomas, from the Digital Television Group, takes to the podium first who starts by talking about the youngest part of the population who have a clear tendency to watch streamed services over broadcast compared to other generations. Yvonne talks about research showing UK consumers being willing to have 3 subscriptions to media services which is not in line with the number and fragmented nature of the options. She then finishes with the DTG manifesto for a consolidated and thus simplified way of accessing multiple services.

Peter Siebert from DVB looks at the average viewing time averaged over Europe which shows that the amount of time spent watching linear broadcast is actually staying stable – as is the amount of time spent watching DVDs. He also exposes the fact that the TV itself is still very much the most used device for watching media, even if it’s not RF-delivered. As such, the TV still provides the best quality of video and shared experience. Looking at history to understand the future, Peter shows a graph of cinema popularity before and after the introduction of television. Cinema was, indeed, impacted but importantly it did not die. We are left to conclude that his point is that linear broadcast will similarly not disappear, but simply have a different place in the future.

Finally, head of the panel session, Andre Prahl explains the role of the Deutsche TV-Plattform who are focussing on ‘media over IP’ with respect to delivery of video to end user both in terms of internet bandwidth but also Wi-Fi frequencies within the home.