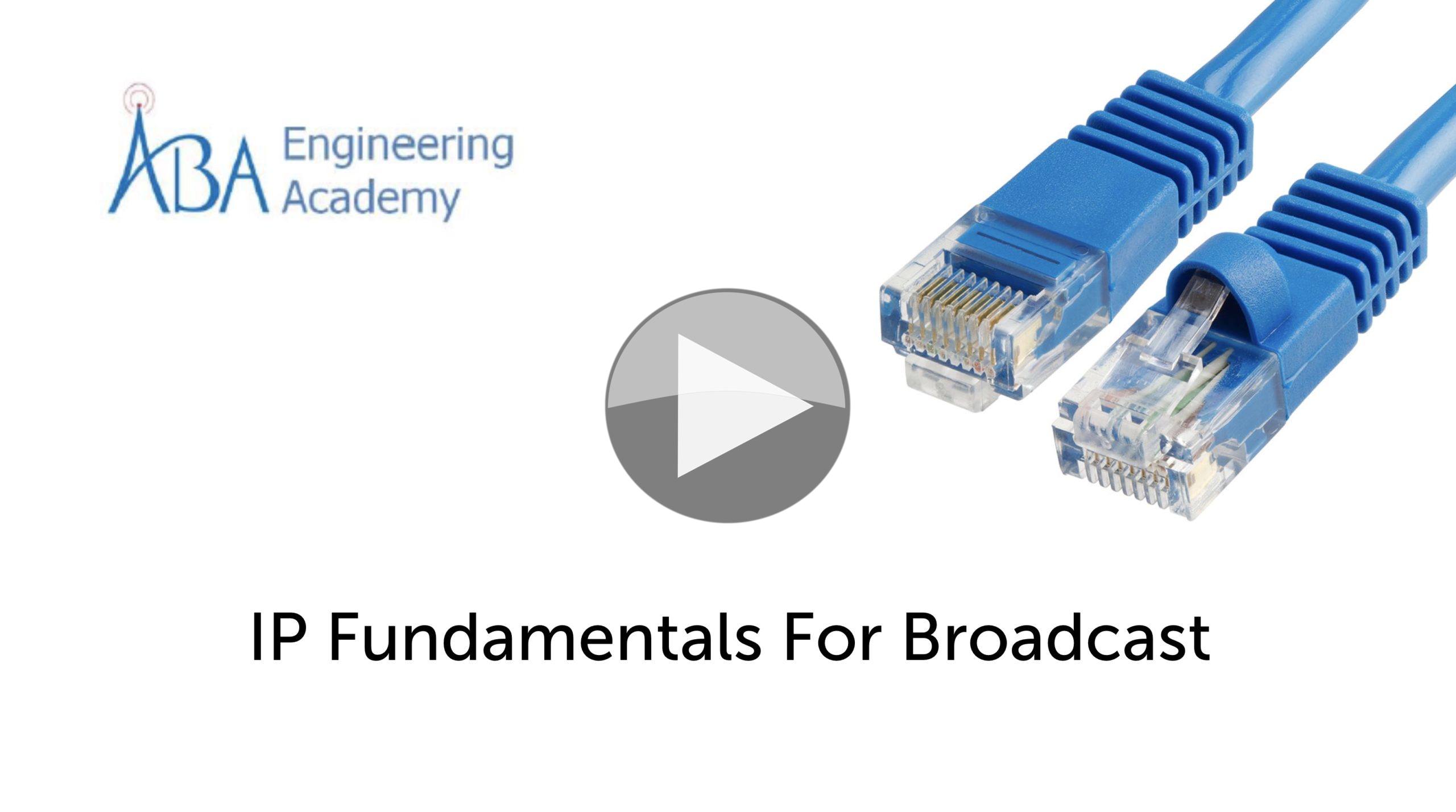 IP explained from the fundamentals here in this in this talk from Wayne Pecena building up a picture of networking from the basics. This talk discusses not just the essentials for uncompressed video over IP, SMPTE ST 2110 for instance, but for any use of IP within broadcast even if just for management traffic. Networking is a fundamental skill, so even if you know what an IP address is, it’s worth diving down and shoring up the foundations by listening to this talk from the President of SBE and long-standing Director of Engineering at Texas A&M University.

This talk covers what a Network is, what elements make up a network and an insight into how the internet developed out of a small number of these elements. Wayne then looks at the different standards organisations that specify protocols for use in networking and IP. He explains what they do and highlights the IETF’s famous RFCs as well as the IEEE’s 802-series of ethernet standards including 802.11 for Wi-Fi.

The OSI model is next, which is an important piece of the puzzle for understanding networking. Once you understand, as the OSI model lays out, that different aspects of networking are built on top of, but operate separately from other parts, fault-finding, desiring networks and understanding the individual technologies becomes much easier. The OSI model explains how the standards that define the physical cables work underneath those for Ethernet as separate layers. There are layers all the way up to how your software works but much of broadcasting that takes place in studios and MCRs can be handled within the first 4, out of 7 layers.

The last section of the talk deals with how packets are formed by adding information from each layer to the data payload. Wayne then finishes off with a look at fibre interfaces, different types of SFP and the fibres themselves.