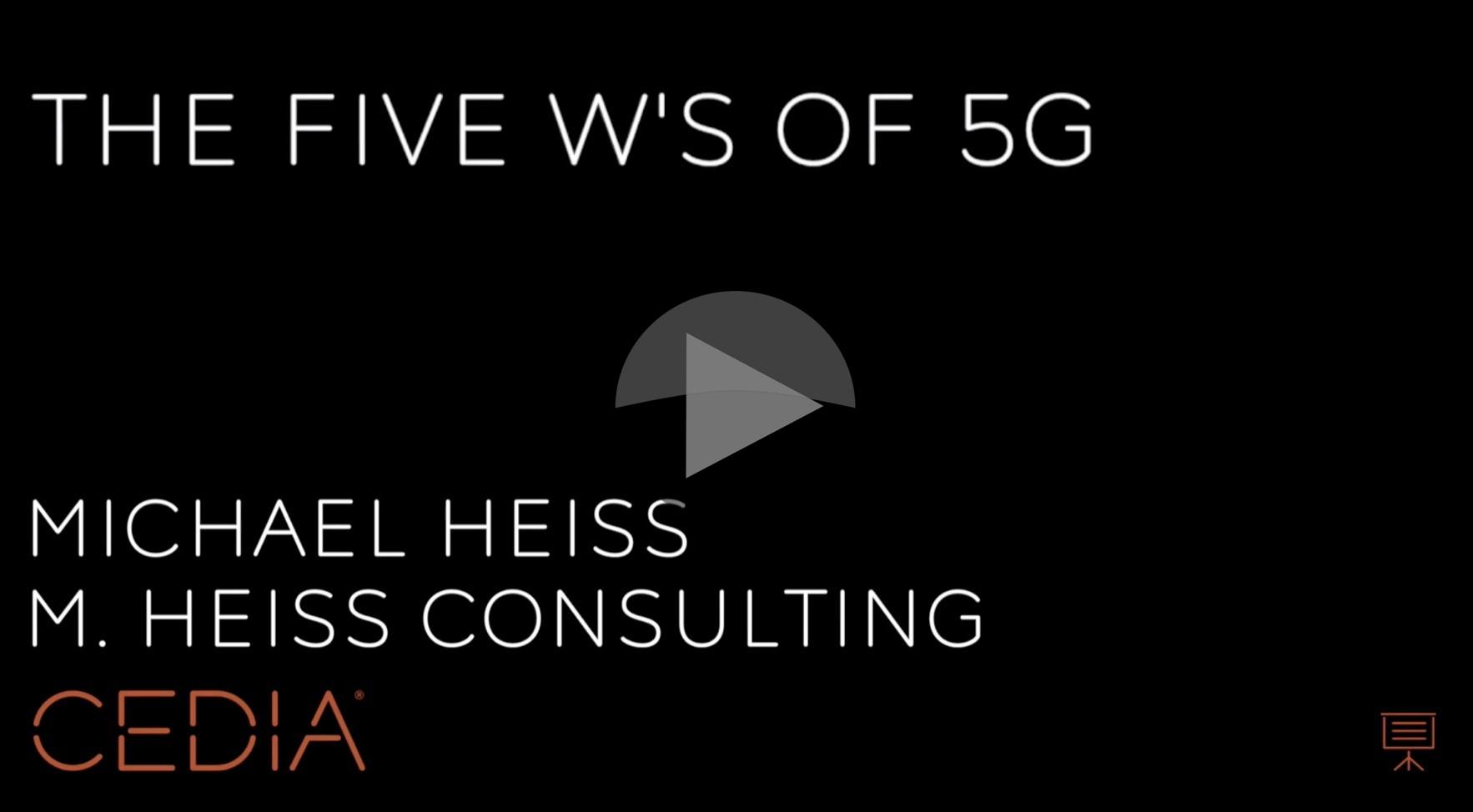 Following on from last week’s deep dive below the hype of 5G this shorter talk looks both at the promise and implementation challenges of this technology which promises so much to so many different walks of life.

Michael Heiss, takes the stage and starts a short history lesson with 1G (an analogue technology) and shows how it stepped up through 2G A.K.A. GSM and moved into 4G, LTE and now 5G. Michael’s hypothesis is that this is the fourth industrial revolution. The first, he proposes is what we know as the Industrial Revolution which started with harnessing steam power. But until the invention of electricity, you had to be close to your power source. Electricity was the game-changer in enabling people, albeit with the relevant and long wires, to have the machines abstracted from the power generation. Similarly, while data and computing have transformed our world in the past 5 decades or more, Michael says 5G is the technology which will give us that abstraction like electricity to remote people from power production, 5G promises to allow people in general to not have to be next to a computer (where the data is). Michael outlines the ability of higher speeds and lower latency to enable new use-cases. He outlines consumer applications, medical use cases, and business uses.

As with any new technology, there is always a battle for dominance, so Michael outlines some of the different words and phrases used to explain what they mean. If you see “NR”, that stands for New Radio and comes from 3GPP. There are a number of frequency bands which 5G can occupy which Michael introduces. The current bands for 2G and 3G between 700 and 1400 MHz can be used. There are also a number of new frequencies up to and including some C-band frequencies which are in use. These are known, collectively, by some as the ‘sub 6’ frequencies to differentiate them from the millimetre-wave (mm-wave) frequencies which have been opened up starting at 24Ghz up to 47GHz.

It’s an inconvenient truth of physics that higher frequency RF is more highly attenuated in general. This means that the mm-wave frequencies, being so high, are actually only effective with almost direct ‘line of sight’ to the device. They can’t penetrate walls or windows. 5G will need many more cell sites outdoors thanks to the higher sub 6 frequencies, but to use mm-wave, telcos will be restricted to line-of-site transmitter-to-transmitter links or deploying highly local micro or femtocells on lamp posts (light poles) or ceiling mounted internal relays. Michael finishes his talk discussing these implementation difficulties.