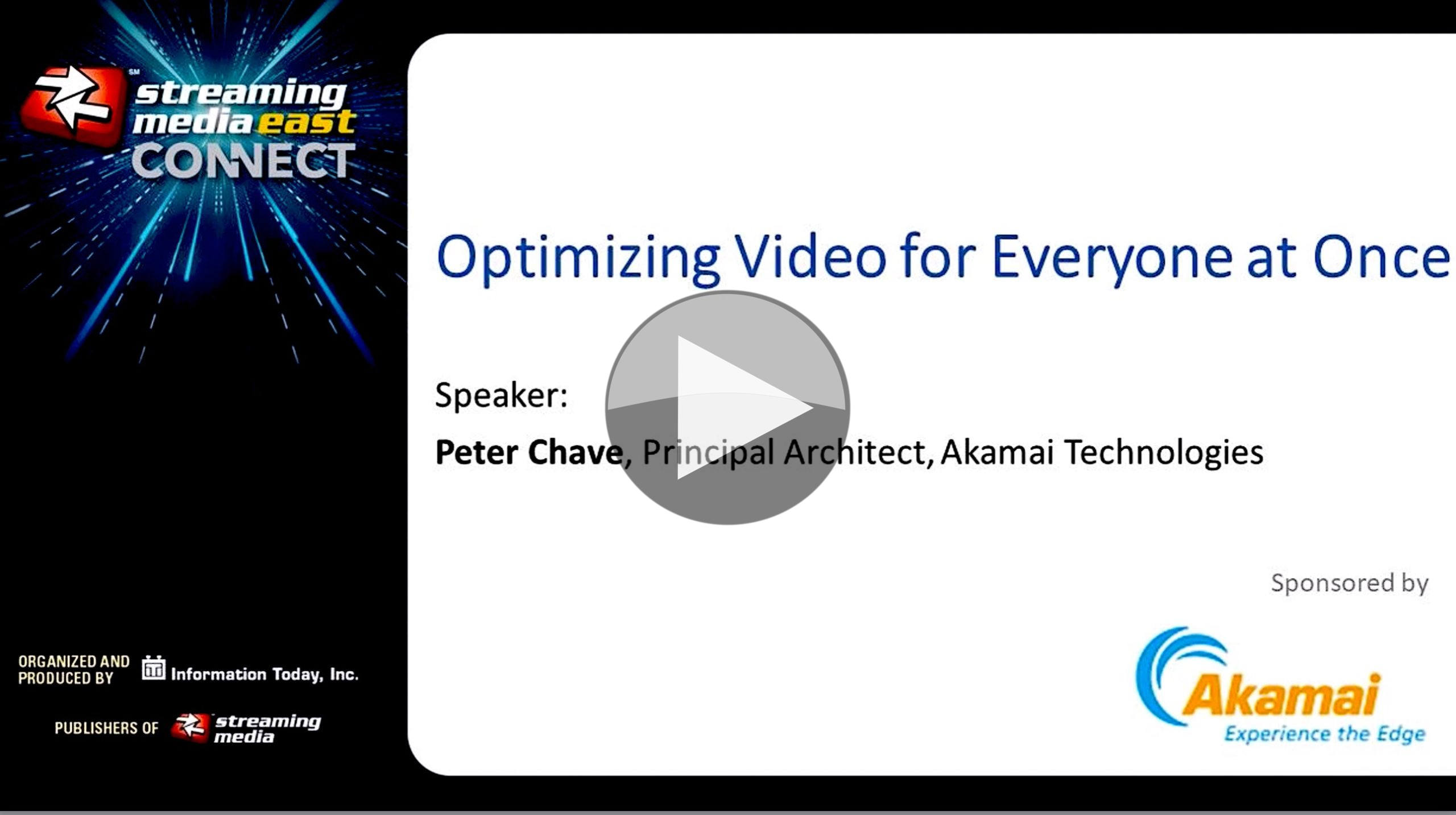 CDNs are all about scale. Their raison d’ëtre is to help you scale, but that’s no trivial task which is why companies like Akamai exist so you only have to concentrate on your core product, for this talk, online streaming. Akamai’s main game is to move content you provide to them to the ‘edge’ of the network, as close to the user as possible.

The pandemic certainly put the CDNs, as well as telcos, through their paces. In this talk, Peter Chave from Akami talks about the challenges in the scale they’re achieving on a day-to-day basis. Whilst it’s lucky that 2020 was due to be a ‘big’ year in terms of sporting events, the Winter Olympics being but one example, meaning that large capacity had already been planned for, the whole industry has been iterating to get things right as the load has shifted and increased.

In March, Akamai saw a years-worth of growth. The shift in traffic was not just in magnitude but also it was a rebalancing of upload vs download. With video conferences and VPNs used all the more, the asymmetrical design of consumer internet services was put to the test.

Peter explains that companies like Netflix volunteered to reduce the burden by reducing bitrates. This was done in two main ways. One was to simply remove the top level from manifests. The other was to update the players to be much more conservative as they worked their way up through the bitrates. It’s also made some companies consider a switch to HEVC or otherwise which, whilst not being immediate, can have the effect of reducing overall bitrates across your service.

The CDN can also adjust the manifest which is much more flexible since, rather than editing a central file, in the edge in certain geographies and at certain times of day, the CDN can adjust the manifests on the fly. Lastly, Peter explains how Akamai have been throttling the speed at which video chunks are served. For times when a person has a lot more available bitrate than it needs for a video, there is no reason for it to download chunks at 100Mbps, so throttling the download speed helps reduce peaks.