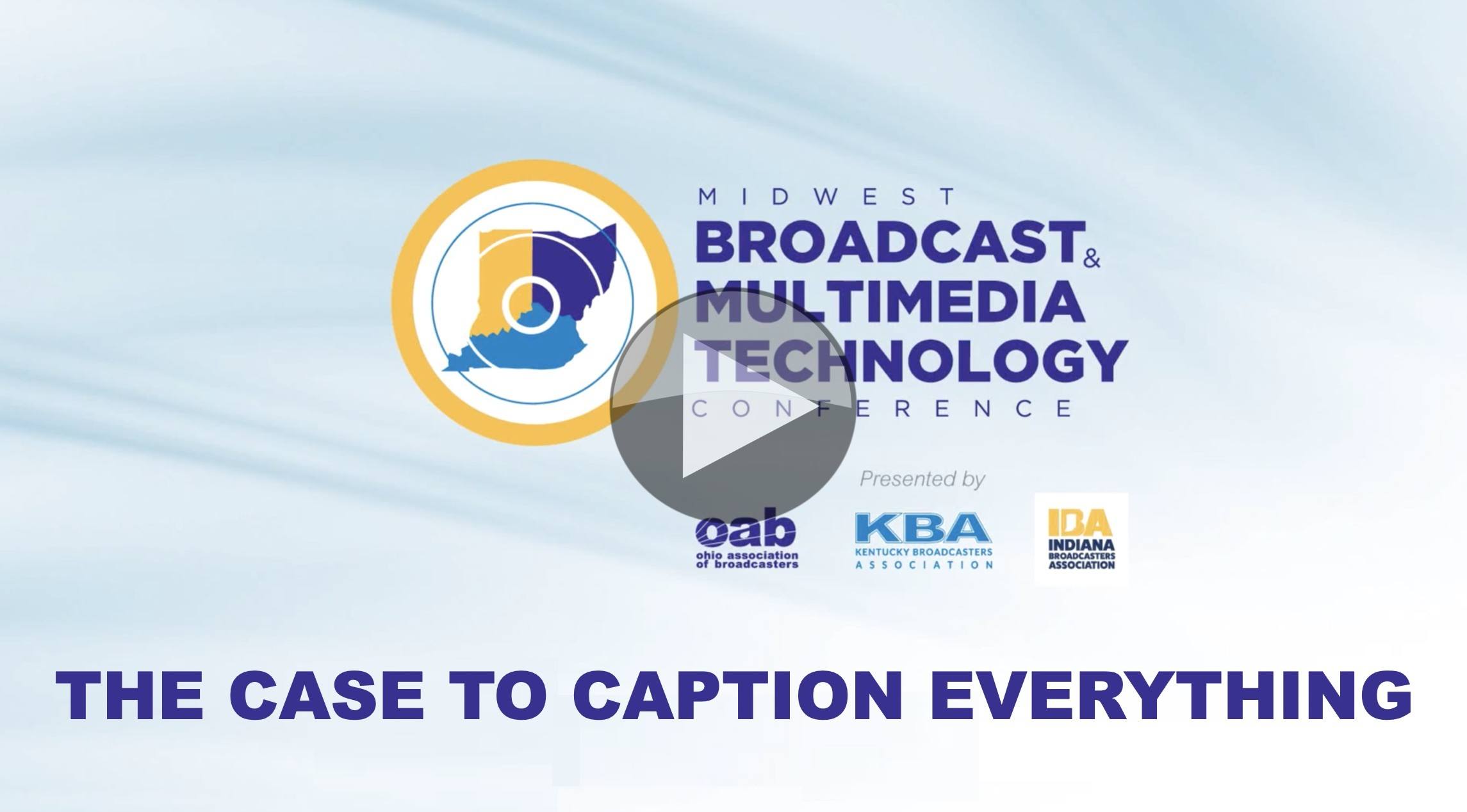 To paraphrase a cliché, “you are free to put black and silence to air, but if you do it without captions, you’ll go to prison.” Captions are useful to the deaf, the hard of hearing as well as those who aren’t. And in many places, to not caption videos is seen as so discriminatory, there is a mandatory quota. The saying at the beginning alludes to the US federal and local laws which lay down fines for lack of compliance – though whether it’s truly possible to go to prison, is not clear.

In many parts of the world ‘subtitles’ means the same as ‘captions’ does in countries such as the US. In this article, I shall use the word captions to match the terms used in the video. As Bill Bennett from ENCO Systems explains, Closed Captions are sent as data along with the video meaning you ask your receiver to turn off, or turn on, display of the text.

In this talk from the Midwest Broadcast Multimedia Technology Conference, we hear not only why you should caption, but get introduced to the techniques for both creating and transmitting them. Bill starts by introducing us to stenography, the technique of typing on special machines to do real-time transcripts. This is to help explain how resource-intensive creating captions is when using humans. It’s a highly specialist skill which, alone, makes it difficult for broadcasters to deliver captions en masse.

The alternative, naturally, is to have computers doing the task. Whilst they are cheaper, they have problems understanding audio over noise and with multiple people speaking at once. The compromise which is often used, for instance by BBC Sports, is to have someone re-speaking the audio into the computer. This harnesses the best aspects of the human brain with the speed of computing. The re-speaker can annunciate and emphasise to get around idiosyncrasies in recognition.

Bill re-visits the numerous motivations to caption content. He talks about the legal reasons, particularly within the US, but also mentions the usefulness of captions for situations where you don’t want audio from TVs, such as receptions and shop windows as well as in noisy environments. But he also makes the point that once you have this data, the broadcaster can take the opportunity to use that data for search, sentiment analysis and archive retrieval among other things.