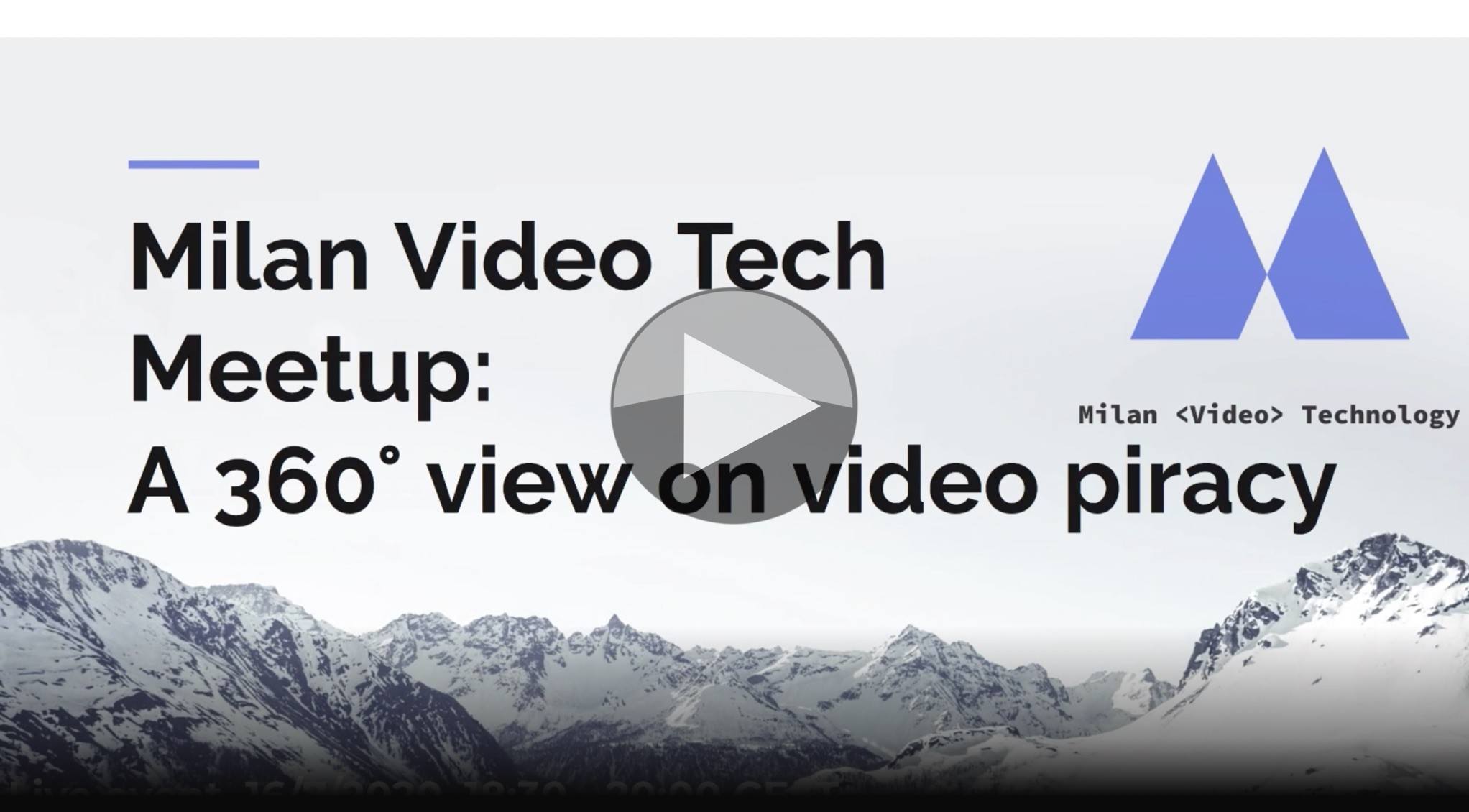 There will always be piracy, but that’s no reason not to fight against it. And the entertainment industry always has, sometimes effectively, and sometimes farcically (such as the DeCSS debacle at the turn of the century). One of the traditional cat and mouse games, this set of short talks gives a rounded view of the types of protection, types of piracy and methods of detection.

Recorded at the Milan Video Tech meetup, Senior Consultant at VideoDeveloper.io, Andrea Fassina, introduces the first speaker who is Ilker Ürgenc from Akamai with a rounded overview of the threat service for programme producers, broadcasters and streaming providers who starts by looking at piracy rates around the world and its impacts.

When people talk about anti-piracy measures, their mind typically goes straight to DRM. DRM is the most ‘tangible’ aspect of content protection as most people have had to deal with it, or rather the consequences of not being able to watch something both at home and at work. But Ilker’s point is that the protection has to go much further than DRM. It needs to be about protecting against screen recording, against phishing and hacking the production systems or contribution streams. The whole chain needs protections which Ilker details as a protective ecosystem. His solutions, apart from IT best practices are fingerprinting, content watermarking and stream monitoring.

Next up is Matteo Freddi from CHILI who talks about protecting streams whether they be HLS, DASH or other protocols. He starts with outlining the DRMs compatible with the different Microsoft Smoothstreaming, HLS and MPEG DASH in terms of the streaming specifications before bringing us down to earth by looking at what’s actually supported by the different manufacturer devices such as Roku, Apple TV etc. Players are implemented either natively within an OS or through programming interfaces (APIs). APIs allow for a wider ecosystem of players, but they don’t offer some of the tight integrations OSes can provide. Further, Matteo explains how this also affects how easily they can process DRM.

Finally, we have Steve Epstein from Synamedia, who details the techniques which allow providers to protect against misuse of accounts, resharing and restreaming of content. Steve looks at techniques to minimise credential stuffing, watermarking and active monitoring of the streaming service in order to identify misuse of accounts such as multiple simultaneous logins, logins from different parts of the world.