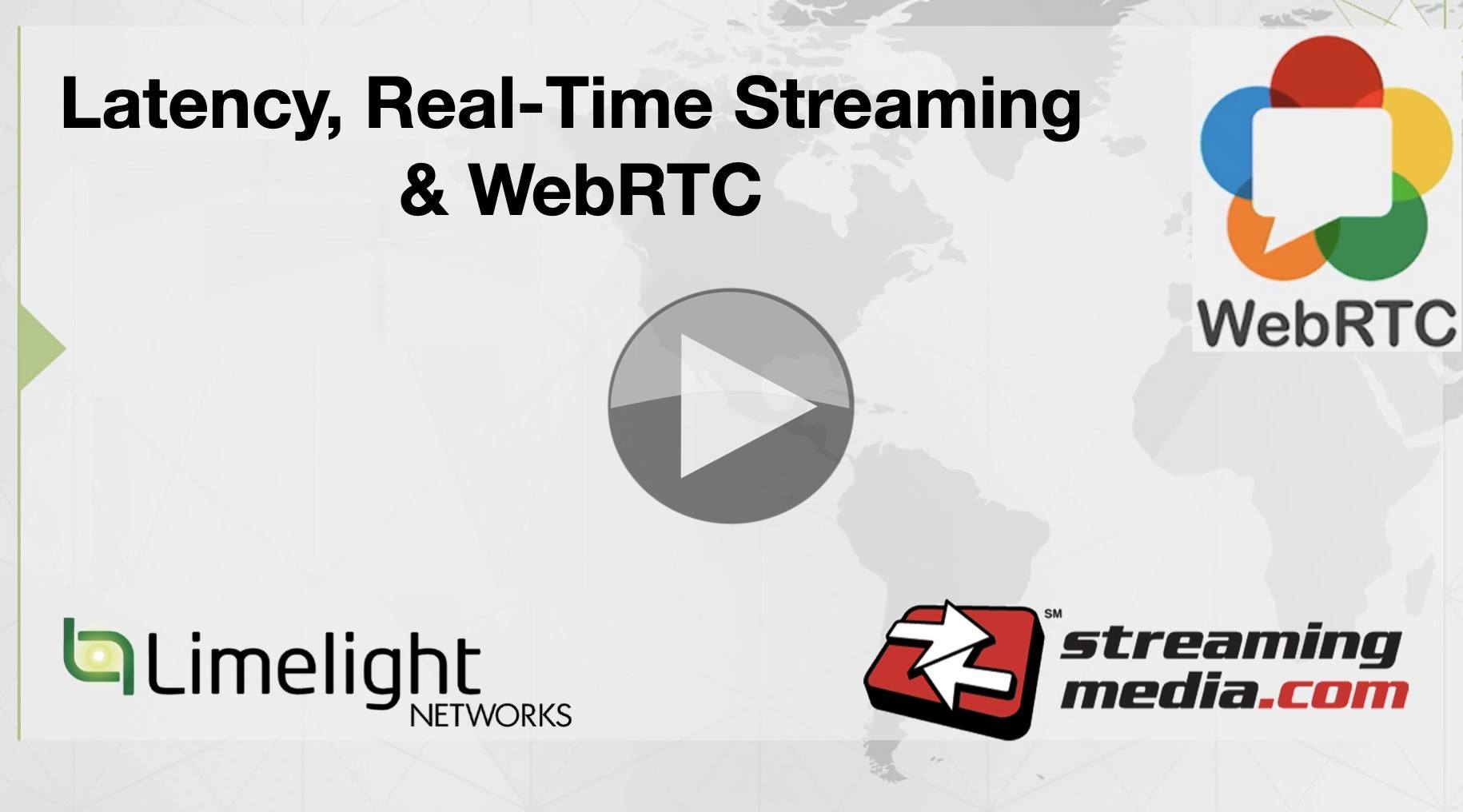 Can any stream be too low-latency? For some matching broadcast latency, is all they need. But for others, particularly for gaming, gambling or more interactive services, sub-second is a must and they are happy to swap out parts of their technology stack to make that happen. WebRTC is often seen as the best choice for anyone wanting to go achieve an almost instant stream. Started by Google in 2011 for video conferencing applications, WebRTC hit a 1.0 release in 2018 and has been adopted by a number of companies catering to the broadcast market.

WebRTC stands out among the plethora of streaming protocols since it is an actual stream of data and not a series of files transferred just in time. Traditionally buffers have been heavily used in streaming because it was so hard to get data to the player when the mainstream internet was starting out in the 90s and as the mobile internet was establishing itself 10 years later. Whilst those buffers are very helpful in dealing with delayed data, they are a big set back in delivering a low-latency stream. With WebRTC, there is very little buffering, so when using the protocol you have to understand that you may not get all your data delivered and if packets are missing glitches will be seen. This is one significant difference since MPEG DASH and HLS will either show you a blank screen or a perfect rendition of the file chunk that was sent thanks to TCP. This is an example of the compromises of going to sub-second latency; there are no second chances to get the packet again. And whilst this compromise may be a great exchange for an auction site or betting service, for other streaming services, it may be better to use CMAF with 3-second latency.

In this talk, Limelight Networks Video Architect Andrew Crowe introduces WebRTC and explains how it can be deployed. He starts by talking about the video codecs it contains. VP9 has recently been added to the options and for a long time, it was a VP8 technology. Andrew explains how the codecs it carries does have a knock-on effect on its compatibility with browsers. UDP is the underlying technology to all low-latency technologies since the bureaucracy of TCP/IP gets in the way of real-time media streams. Andrew also explains how security pervades WebRTC from its use of DTLS (which is like HTTPS/TLS for UDP) to secure RTP and SRTCP.

The last part of the talk discusses the architectures that CDN LimeLight uses to enable large-scale WebRTC streams including the need to get through firewalls. Andrew discusses how some features of the technology suit small-scale events, but can’t be used with thousands of viewers. He also discusses how adaptive bitrate streams can be delivered, although not within WebRTC itself, there is enough information to implement ABR in addition to the standard stream.