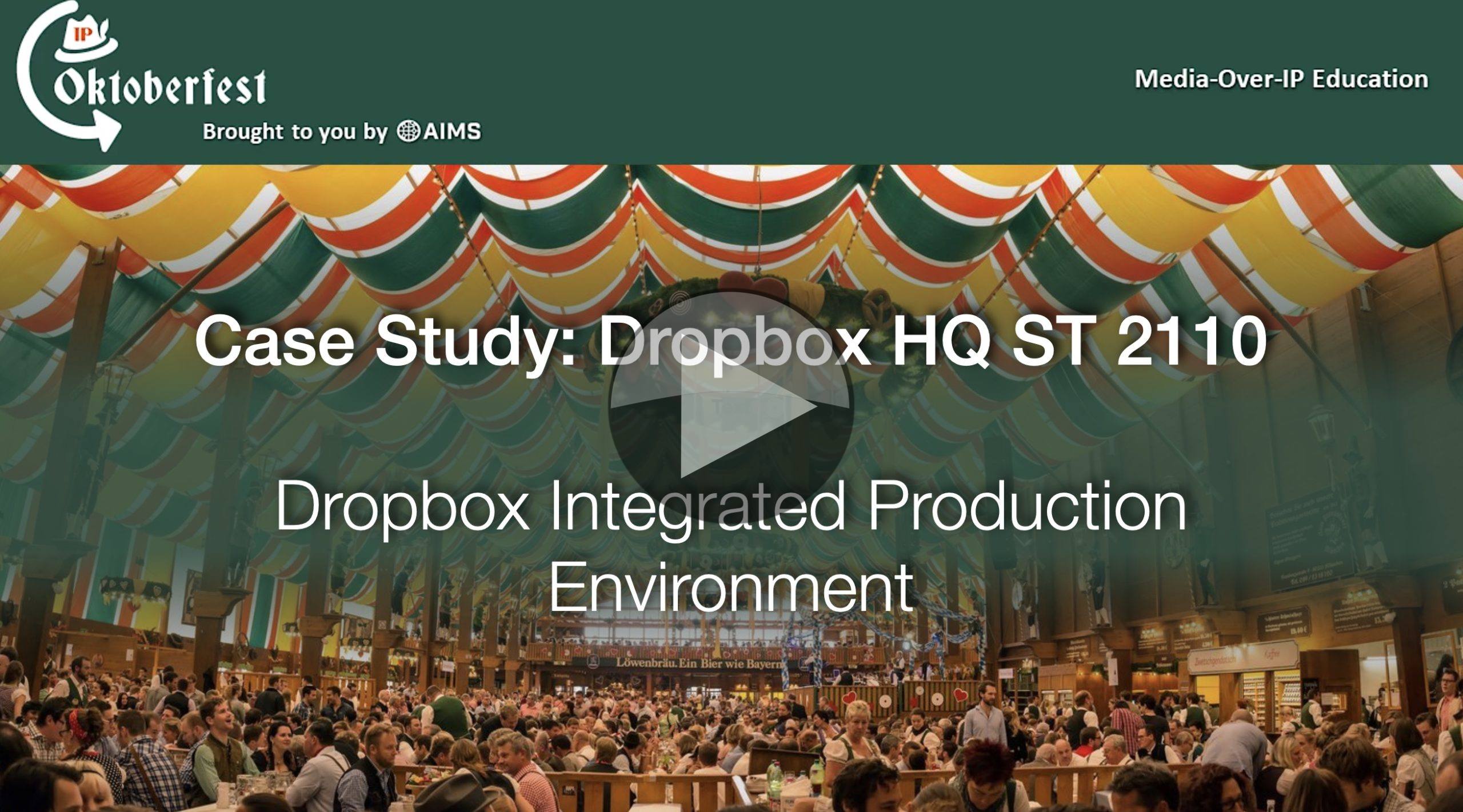 Dropbox is embedded in many production workflows – official and otherwise – so it’s a beautiful symmetry that they’re using Broadcast’s latest technology, SMPTE ST 2110, within their own headquarters. Dropbox have AV throughout their building and a desire to create professional video from anywhere. This desire was a driving factor in an IP-based production facility as, to allow mobile production platforms to move from room to room with only a single cable needed to connect to the wall and into the production infrastructure.

David Carroll’s integration company delivered this project and joins Wes Simpson to discuss this case-study with colleague Kevin Gross. David explains that they delivered fibre to seventy locations throughout the building making most places into potential production locations.

Being an IT company at heart, the ST 2110 network was built to perform in the traditional way, but with connections into the corporate network which many broadcasters wouldn’t allow. ST 2110 works best with two separate networks, often called Red and Blue, both delivering the same video. This uses ST 2022-7 to seamlessly failover if one network loses a packet or even if it stops working all together. This is the technique used with dropbox, although there these networks are connected together so are not one hundred per cent isolated. This link, however, has the benefit of allowing PTP traffic between the two networks.

PTP topology typically sees two grandmasters in the facility. It makes sense to connect one to the red network, the other to the blue. In order to have proper redundancy, though, there should really be a path from both grandmasters to both networks. This is usually done with a specially-configured ‘PTP only’ link between the two. In this case, there are other reasons for a wider link between networks which also serves as the PTP link. Another element of PTP topology is acknowledging the need for two PTP domains. A PTP domain allows two PTP systems to operate on the same network but without interfering with one another. Dante requires PTP version 1 whereas 2110, and most other things, require v2. Although this is in the process of improving, the typical way to solve this now is to run the two separately and block v1 from areas of the network in which it’s not needed.

PTP disruptions can also happen with multicast packet loss. If packets are lost at the wrong time, a grandmaster election can happen. Finally, on PTP, they also saw the benefits of using boundary clock switches to isolate the grandmasters. These grandmasters have to send out the time eight times a second. Each end-device then replies to ascertain the propagation delay. Dealing with every single device can overwhelm grandmasters, so boundary clock switches can be very helpful. On a four-core Arista, David and Kevin found that one core would be used dealing with the PTP requests.