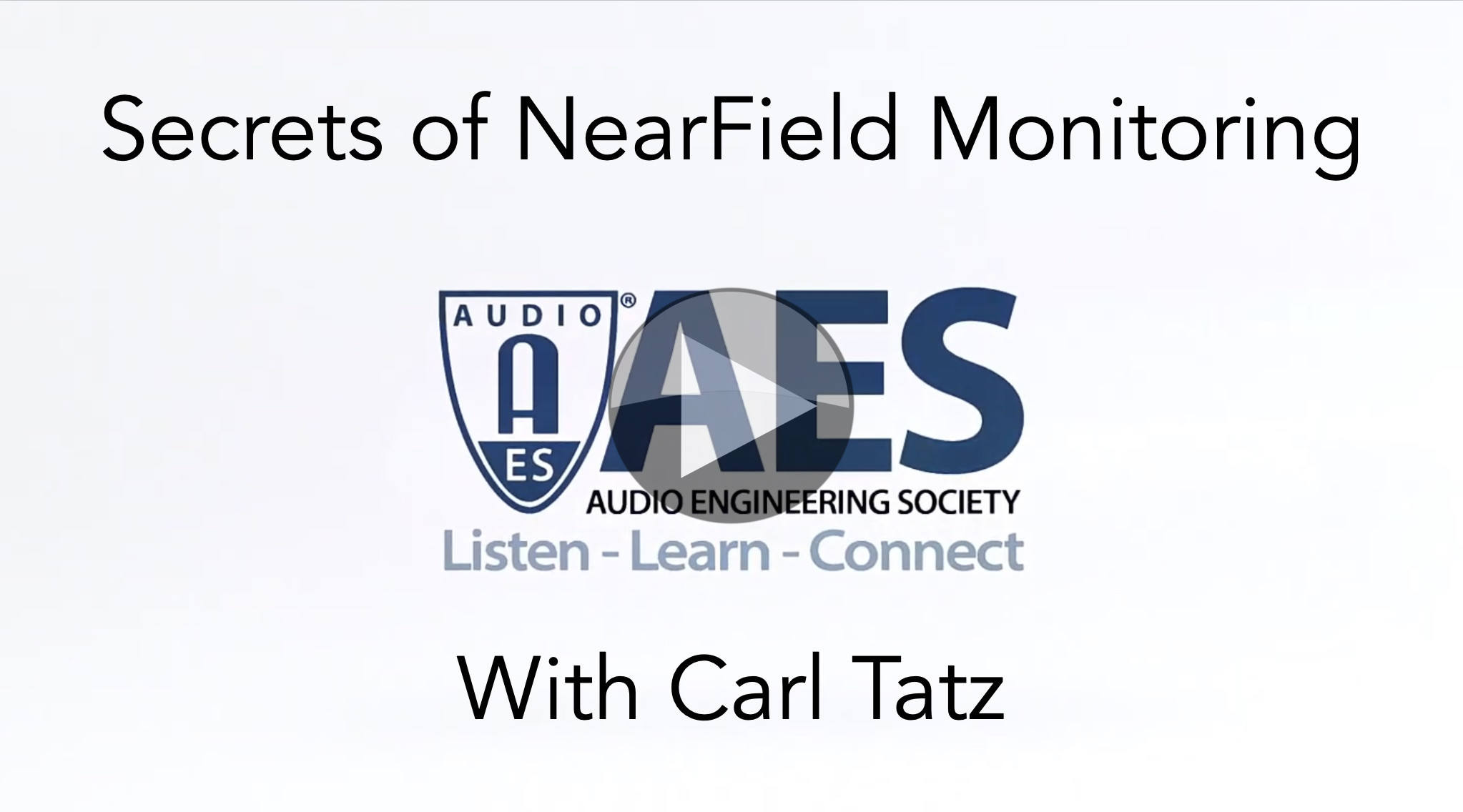 We don’t need to be running a recording studio to care about speaker placement. Broadcast facilities are full of audio monitoring rooms for a range of uses. The principles discussed in this talk by award-winning studio designer Carl Tatz can be put in to practice wherever you want to sit in a room and listen to decent, flat audio.

Joining Producer Mike Rodiguez who moderates this webinar for the Audio Engineering Society (AES), Carl focuses this discussion on getting the right sound in audio control rooms. This is done through the ‘Null Positioning Ensemble’ (NPE) which considers the mixing console, listener and the speakers ‘as one’ that can be moved around the room. The ensemble puts the two speakers at about 1.71m apart behind the console firing across the console. Their audio intersects 45cm in front of the console where the listener can sit forming an equilateral triangle. By sitting between the console and where the speakers cross, Carl says you hear the source rather than the speakers thus giving the best audio reproduction. 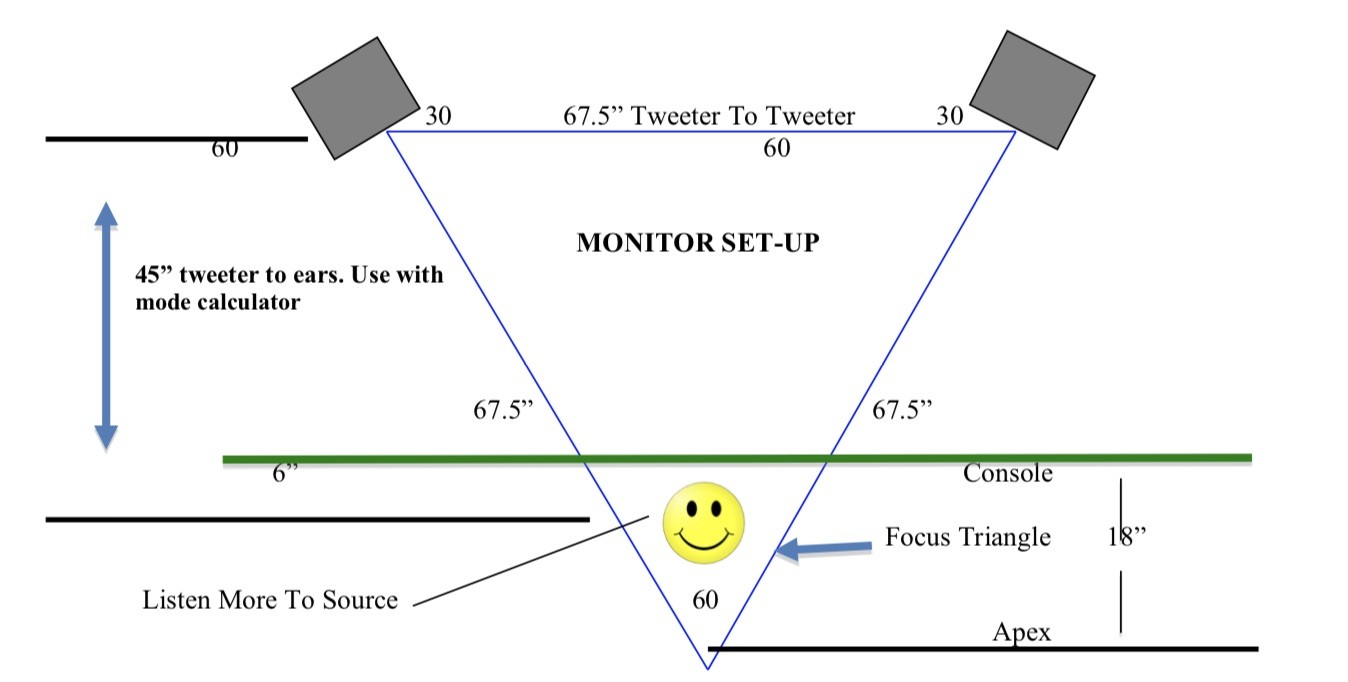 This effect works if the tweeters are at the same higher as the listener’s ears, says Carl, so should be adjusted to suit the listener. High frequencies are more directional than lower frequencies so for accurate listening, it’s important the speakers aren’t pointing too far off-axis. Exactly where to place your ensemble can seem daunting, but Carl has a calculator on his website which gives a great start allowing you to model your room as a rectangle and find out where the null points are going to be. The nulls are where sound cancels out due to reflections so moving your ensemble to avoid these nulls is the key to a great sound. Carl details how this is done and how, then, to optimise for the ‘real world’ room rather than the mathematical model.

Carl talks about the importance of sound treatment to remove reflections and stop the room from being too lively, with some specific suggestions. In general, the aim is to remove first reflections, have the back stony dead, the ceiling dead and bass traps in the corners. This should allow you to clap your hands without hearing reflection. But you can’t fix every problem with such treatment, Carl says, bringing up a frequency chart of a typical monitor setup which shows a 10dB dip around 125Hz. This is found in all monitoring setups and appears to develop from sound from the speakers bouncing off the floor under the console. He says that this needs to be filled in with subwoofers rather than being fixed with EQ or acoustic treatments.