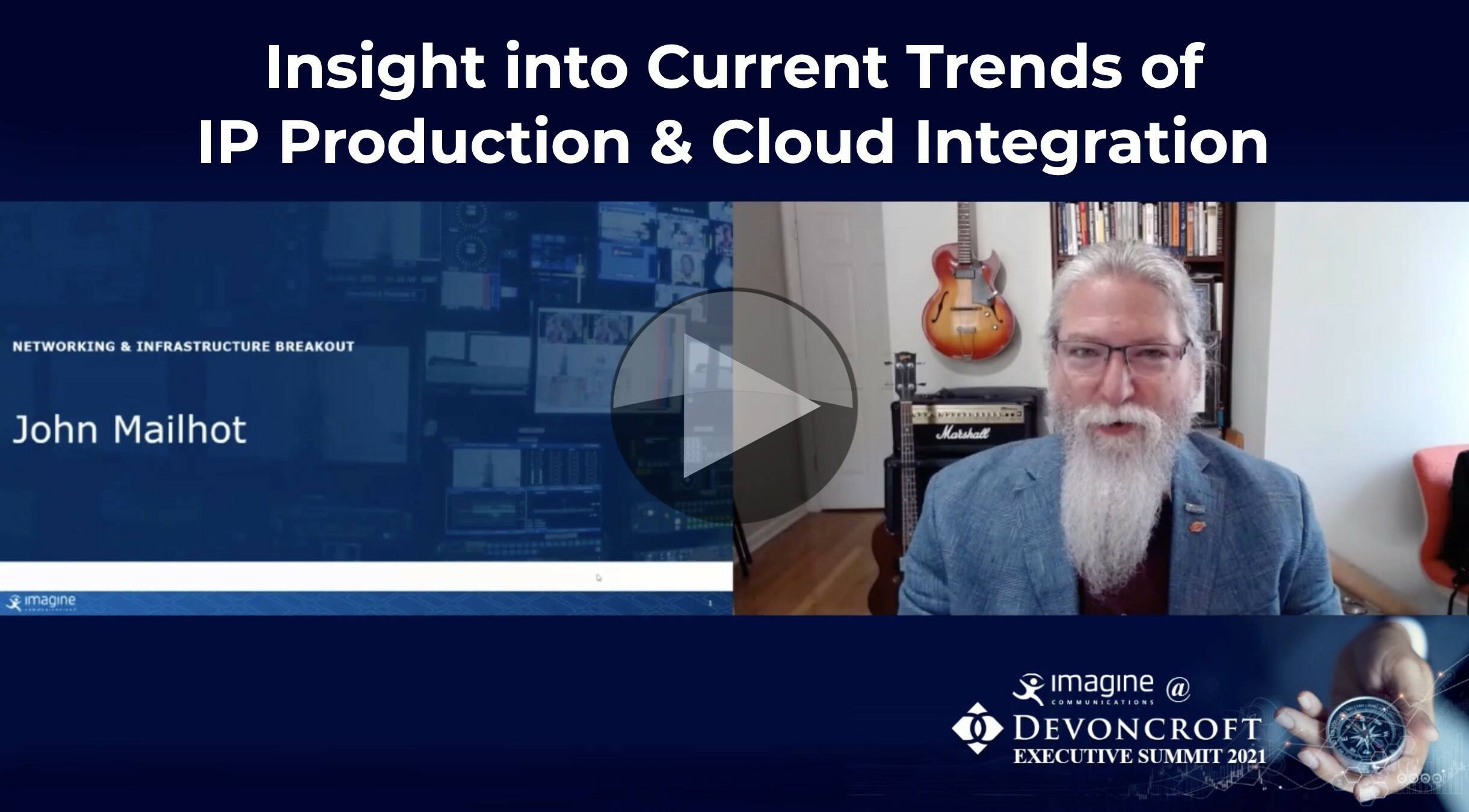 When we look at the parts of our workflows that work well, we usually find standards underneath. SDI is pretty much a solved problem and has been delivering video since before the 90s, albeit with better reliability as time has gone on. MPEG Transport Streams are another great example of a standard that has achieved widespread interoperability. These are just two examples given by John Mailhot from Imagine Communications as he outlines the standards which have built the broadcast industry to what it is today, or perhaps to what it was in 2005. By looking at past successes, John seeks to describe the work that the industry should be doing now and into the future as technology and workflows evolve at a pace.

John’s point is that in the past we had some wildly successful standards in video and video transport. For logging, we relied on IT-based standards like SNMP and Syslog and for control protocols, the wild west was still in force with some defacto standards such as Probel’s SW-P-08 router protocol and the TSL UMD protocol dominating their niches.

The industry is now undergoing a number of transformations simultaneously. We are adopting IP-based transport both compressed and uncompressed (though John quickly points out SDI is still perfectly viable for many). We are moving many workloads to the cloud and we are slowly starting to up our supported resolutions along with moving some production to HDR. All of this work, to be successful should be based on standards, John says. And there are successes in there such as AMWA’s NMOS specifications which are the first multi-vendor, industry-wide control protocol. Technically it is not a standard, but in this case, the effect is close to the same. John feels that the growth of our industry depends on us standardising more control protocols in the future.

John spends some time looking at how the move to IP, UHD, HDR and Cloud have played into the Live Production and Linear Playout parts of the broadcast chain. Live production, as we’ve heard previously is starting to embrace IP now, lagging playout deployments. Whereas playout usually lags production in UHD and HDR support since it’s more important to acquire video now in UHD & HDR even if you can’t transmit it to maximise its long-term value.

John finishes by pointing out that Moore’s law’s continued may not be so clear in CPUs but it’s certainly in effect within optics and network switches and routers. Over the last decade, switches have gone from 10 gig to 50 to 100 and now to 400 gig. This long term cost reduction should be baked into the long-term planning for companies embarking on an IP transformation project.