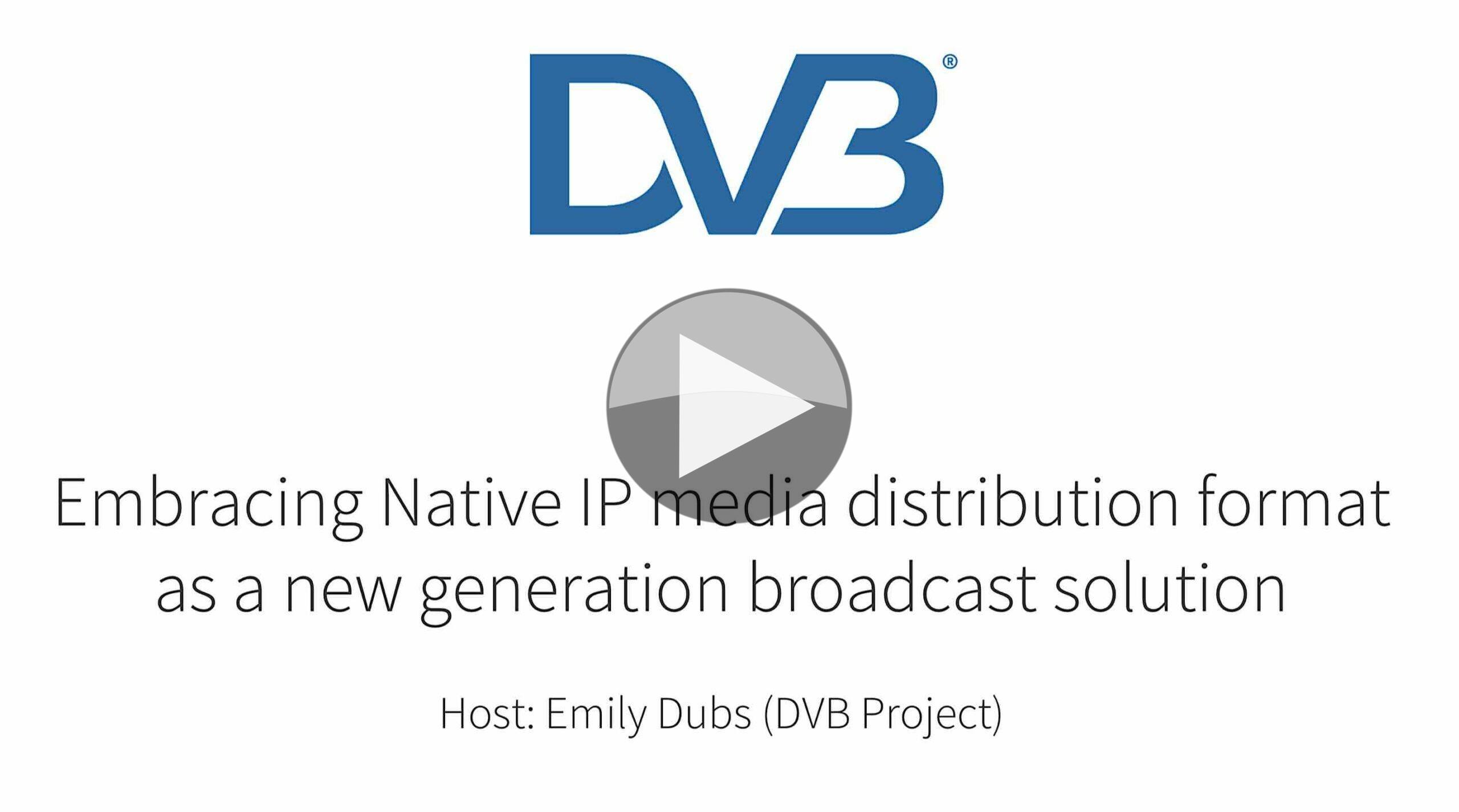 The shift to IP hasn’t gone unnoticed in the transmission part of the broadcast chain. ATSC 3.0 is a shift to 100% IP delivery over RF and seamless integration with internet-delivered programming. So, too, has DVB seen this change which they describe as a move from thinking of distribution to thinking about a service. Merging broadcast RF delivery with internet delivery is an aspiration not only to merge broadband and broadcast, but to unify what we now see as fragmentation of services.

DVB’s Emily Dubs highlights some of the standards which form this native-IP strategy such as DVB-MABR, DVB-TA and DVB-I all of which have been featured here on The Broadcast Knowledge.

Thomas Wrede from the DVB CM-S group takes a look at the use cases motivating this work. Connected devices are now ubiquitous like smart TVs, phones and tablets and the stats show that viewers want to access both linear and non-linear content on all their devices. Indeed, Thomas outlines some statistics showing that consumption of linear TV remains high. So given this, Richard Lhermitte from ENENSYS explains that they’re interested in solving a problem for customers with low bandwidth broadband. The work in the CM-S group involves satellite rather than terrestrial RF transmission so the solutions use a gateway device. Looking at business-to-business applications Richard envisions feeding 5G cell towers by delivering video services over satellite, feeding wifi routers in schools, public buildings, malls etc. and delivery to aeroplanes, boats and similar.

Delivering to consumers, we see is envisaged as bringing the satellite and/or terrestrial RF into a demodulator then a gateway device which would deliver into a wifi router where it’s delivered alongside broadband. The internet feed can also be used as a return path for DRM and other signalling. Using this method, only one headend is needed for both the OTT and broadcast feeds a change which AWS noted recently brings around cost savings and was what drove several features in AWS MediaConnect. Another similar use case is to do the same but without the return path. This is more difficult but is part of the work being undertaken. Richard also highlights the ability to deliver parts of a programme, say extra languages, via broadband but using broadcast to deliver the main parts that everyone will want access to. Similarly, using MPEG LCEVC or similar scalable codecs, the HD video can be delivered over the air with the UHD enhancement layer delivered over broadband.

Lastly, Jean-Claude Sachot from Broadpeak briefly talks about the work done with Malaysian pay-TV broadcaster Astro SINI who have been working to extend their proposition with successful tests delivering via satellite into wifi hotspots in public places. This works well as not only does it improve Astro’s proposition to the viewers, but it increases their time spent in the locations where they can watch for free over Wi-Fi rather than having to use their mobile minutes. This is a benefit to the businesses working with Astro to provide the service and for them, the added infrastructure is very low cost as this plugs into their existing Wi-Fi infrastructure.