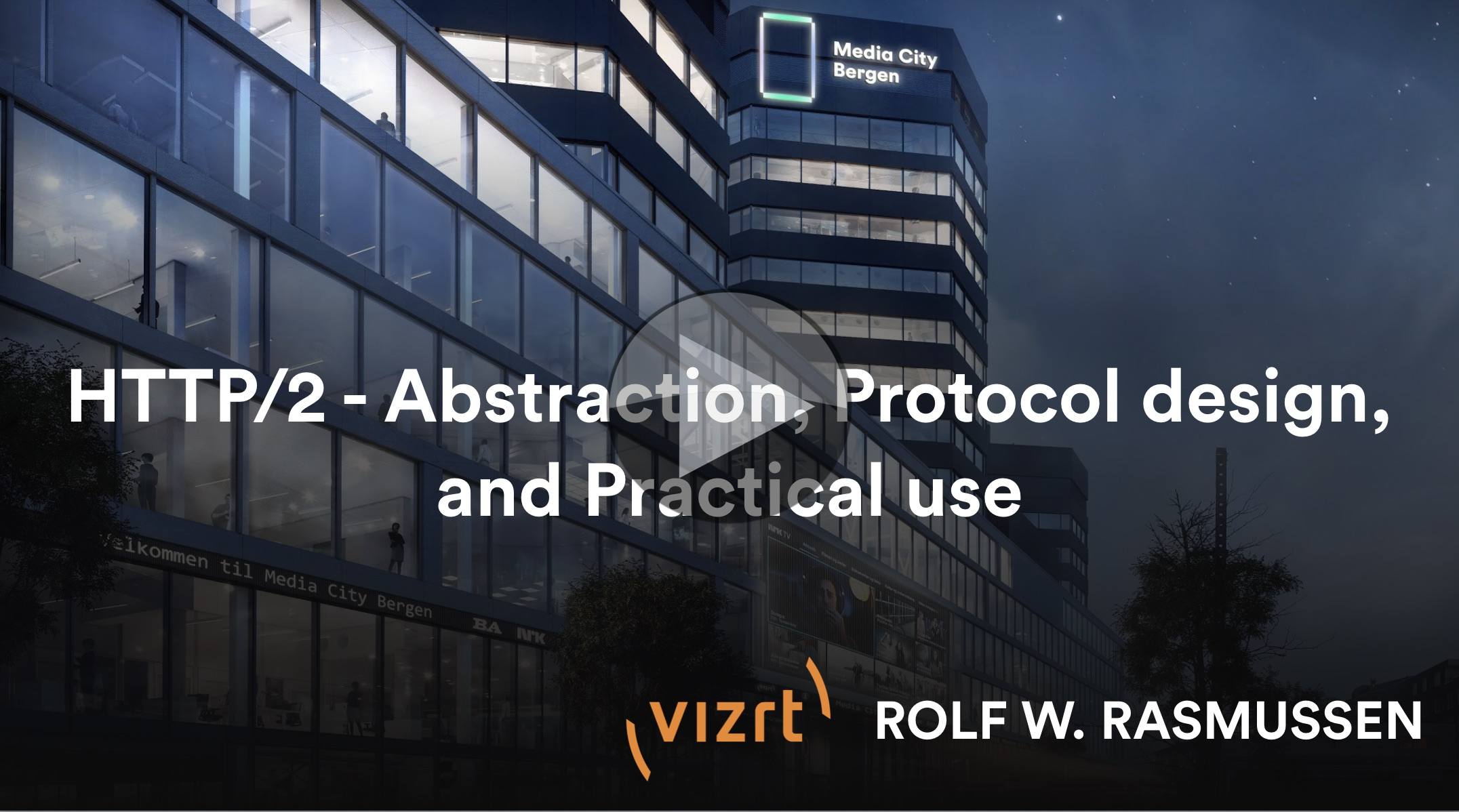 HTTP/2 is an evolution of what most people know as HTTP with the aim of increasing the speed of websites by streamlining the request and delivery of resources. Apple have mandated the use of HTTP/2 for their LL-HLS protocol. Within a typical web page there can easily be 100 requests to the web server so it’s easy to see how increased efficiency could be a benefit. For low latency streaming such as LL-HLS, there are many requests each second so again, even small gains in efficiency can add up.

Rolf W Rasmussen from VizRT explains in this talk the benefits of HTTP/2 taking us through the differences from HTTP. He starts simply by looking at HTTP/1.1 with the messages sent between the client and the server and shows how the requests and responses are sent. Rolf then looks at how the messages are sent at each of the layers of the OSI model. By doing this we discover that the messages are sent in binary.

Binary sending and header compression are ways in which the data to be sent is minimised. We see though that the HTTP/2 is a connection which multiplexes different streams on the same connection. Maintaining the same connection for multiple data streams again reduces the amount of negotiation needed. Multiplexing helps increase the efficient use of that connection. Unlike before, we now see that small requests are cheap whereas there has traditionally been a lot of work to reduce the number of small requests in HTTP/1.1.

Server Push is another key improvement where the server itself can push data into the open connection without a corresponding request. This was originally a requirement of the LL-HLS protocol but has been made optional since. For web pages, there are times when if a page needs resource A, the server knows that it will require resource B later. It’s in these situations that server push is used. Clearly for online streaming, it’s known when the client will need certain chunks or playlist files hence the potential use of server push.

Rolf concludes with questions from the flow and looking at some practical examples of debugging with curl, using proxies and Wireshark as well as dealing with encryption.