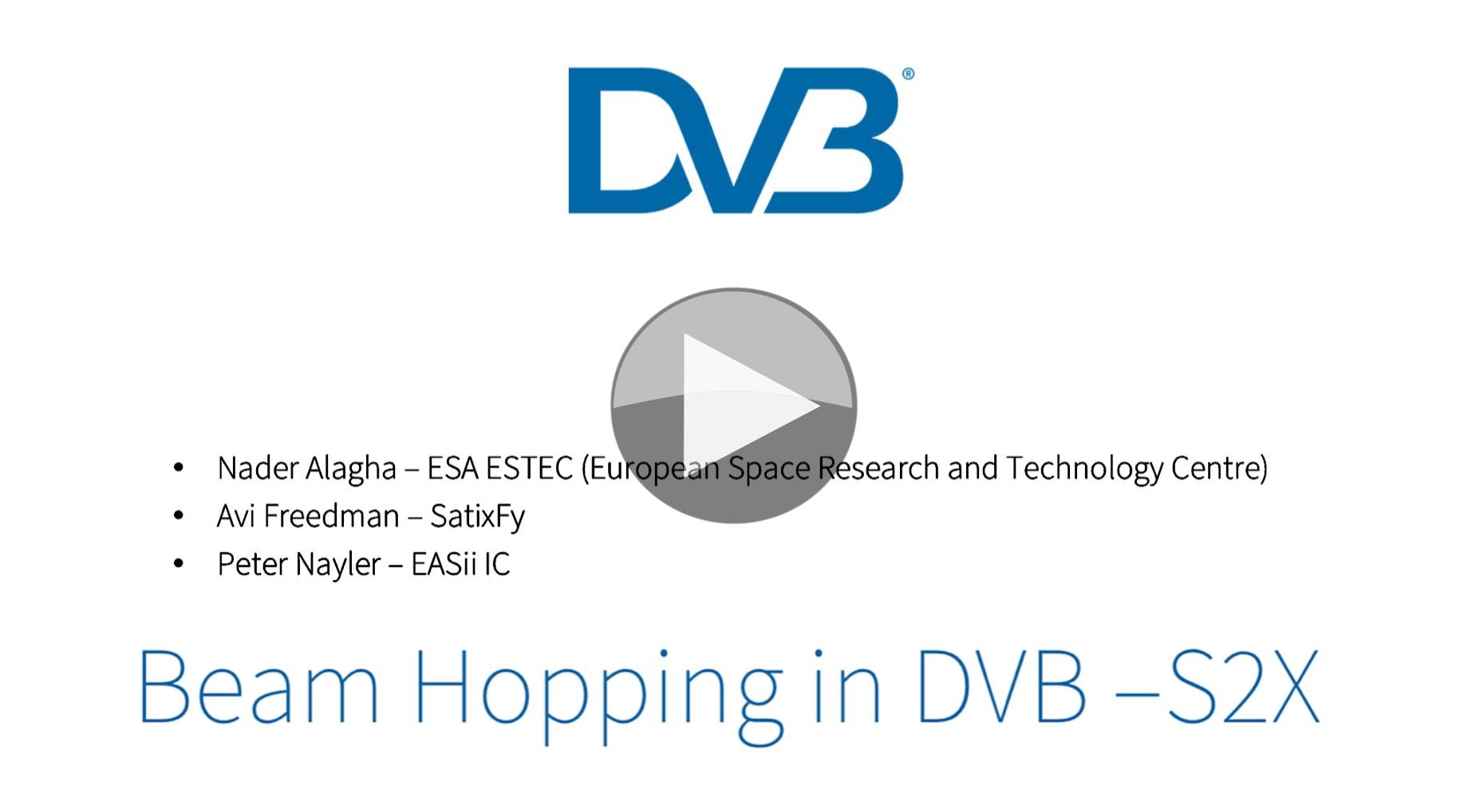 Beam hopping is the relatively new ability of a satellite to move its beam so that it’s transmitting to a different geographical area every few milliseconds. This has been made possible by the advance of a number of technologies inside satellite which make this fast, constant, switching possible. DVB is harnessing this new capability to more efficiently deliver bandwidth to different areas.

This talk starts off with a brief history of DVB-S2 moving to DVB-S2X and the successes of that move. But we then see that geographically within a wide beam, two factors come in to play: The satellite throughput is limited by the amplifiers and TWTs, plus certain areas within the beam needed more throughput than others. By dynamically pointing a more focused beam using ferrite switches and steerable antennae – to name but two technologies at play – we see that up to 20% of unmet demand could be addressed.

The talk continues with the ESA’s Nader Alagha explaining some of the basics of directing beams talking about moving from cells and clusters (geographical areas) and then how ‘dwell times’ are the amount of time spent at each cell. He then moves on to give an overview of the R&D work underway and the expected benefits.

A little like in older CRT Televisions a little gap needs to be put into the signal to cover the time the beam is moving. For analogue television this is called ‘blanking’, for stellites this is an ‘idle sequence’. Each time a beam hopes, the carrier frequency, bandwidth and number of carriers can change.

Further topics explored are implementing this on geostationary and non-geostationary satellites, connecting hopping strategy to traffic and the channel models that can be created around beam hopping. The idea of ‘superframes’ is detailed where frames that need to be decoded with a very low SNR, the information is spread out and duplicated an number of times. This is supported in beam hopping with some modifications which require some pre-ambles and the understanding of fragmentation of these frames.

The talk closes discussing looking at future work and answering questions from the webinar attendees.