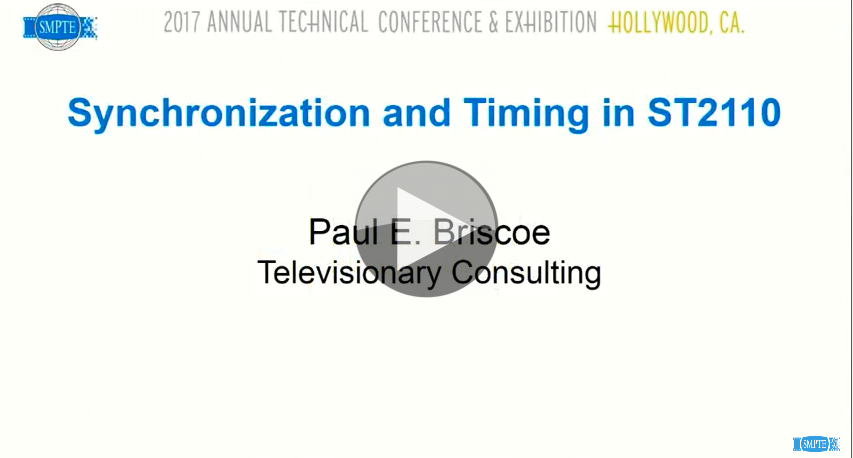 Paul Briscoe explains PTP from the basics taking us through the reasons for using it and how it’s applied to the ST 2110 which to carries uncompressed video, audio and metadata.

The ST 2110 standard brings with it an entirely new way to establish system timing, through use of IEEE-1588 PTP and SMPTE ST2059. This method is native to the IP domain and to the RTP transport and media synchronization used by 2110 but also provides virtualized legacy timing capability.

Paul discusses
• The considerations in system timing using ST2110, including those which include SDI elements.
• How PTP delivers precision time across an IP network
• How ST2059 uses PTP to virtualize any reference signal.
• The synchronization mechanisms of ST2110 including transport timestamps and media clocks
• How streams are synchronized among each other and how they interoperate with PTP
• How timing of SDI and AES3 signals is harmonized with ST2110 streams.
• Router switchpoint timing and latency considerations.