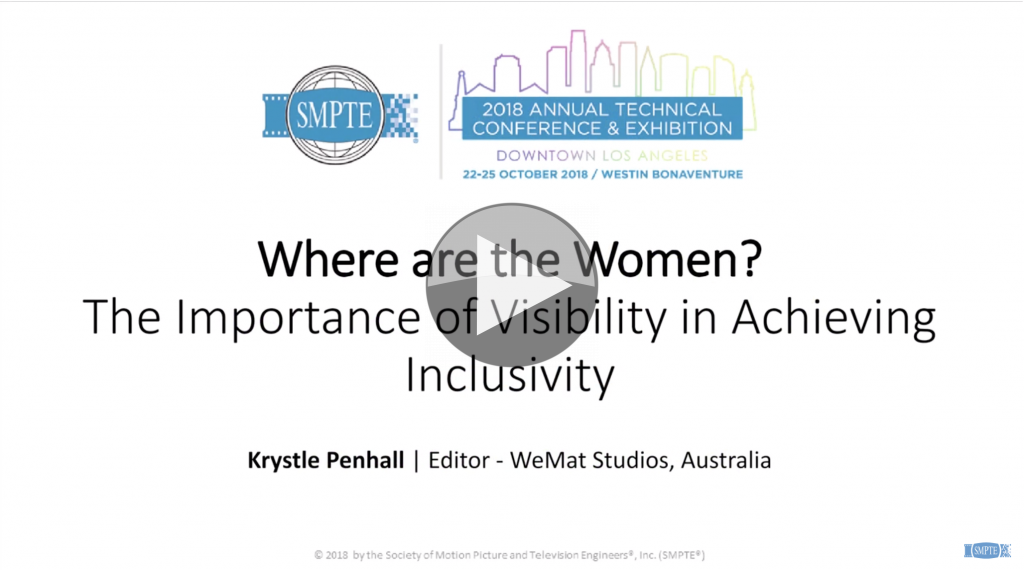 “If she can see it, she can be it,” is the catch phrase of the Geena Davis Institute on Gender in Media. The issue being if she’s not seeing it, it’s almost impossible to convince a young woman that a career in STEM is even fathomable.

For us in the broadcast industry, it’s clear there is a lot to do and this is work that needs to be done at all ages.
Please, take it upon yourself do to something this year, however small, to address the gender imbalance in broadcast.

A recent study related to me by a science teach fresh back from a conference found that if girls hadn’t become interested in science by the age of 6, then when they come to choose their exam choices at 14 and beyond, they were vastly less likely to choose STEM topics. However, many are interested yet put off by all sorts of factors later on – many of which can be addressed.

When women feature in film and TV, this directly influences real people. The Hunger Games’s Katniss Everdeen was “the major cause of waiting lists for archery lessons from coast to coast.” a few years ago. In 2018 a study was released on ‘The Scully Effect’, about the real world effect of Dana Scully from The X-Files:
Of the women surveyed, “63% say Scully increased their confidence that they could excel in a male-dominated profession.”

In this talk at the SMPTE ATC, Krystle Penhall, takes us through these studies, examines the problems in STEM today and how IBM and the aerospace industry have tried to counteract the problems they face.