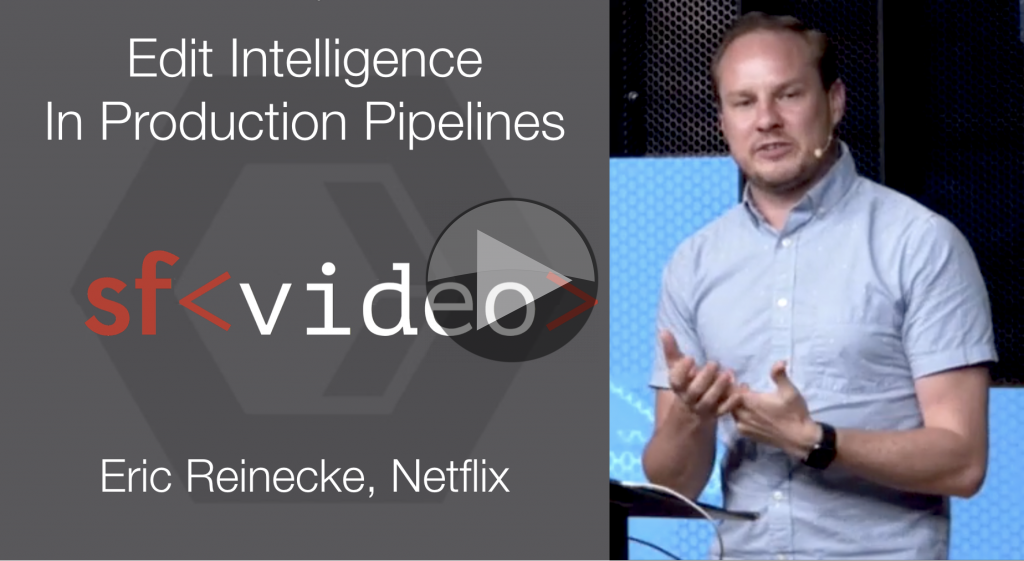 Netflix has famously moved in to original content but less-known are its innovations behind the scenes in production workflows.

Eric Reinecke looks at the challenges in moving media and finding ways to correctly pick and choose the right media to move. He looks at the different ways of moving editorial data: the venerable EDL, Avid’s more recent AAF and Final Cut’s XML talking about the pros and cons of them all.

The talk then moves on to OpenTimelineIO which is an API and interchange format for editorial cut information which was designed to help departments in animation studios to work together. Hosted by Pixar, companies like Netflix are finding uses for the API outside of animation and Eric shows demos of how he’s using it within Netflix then ends with a call to get involved!