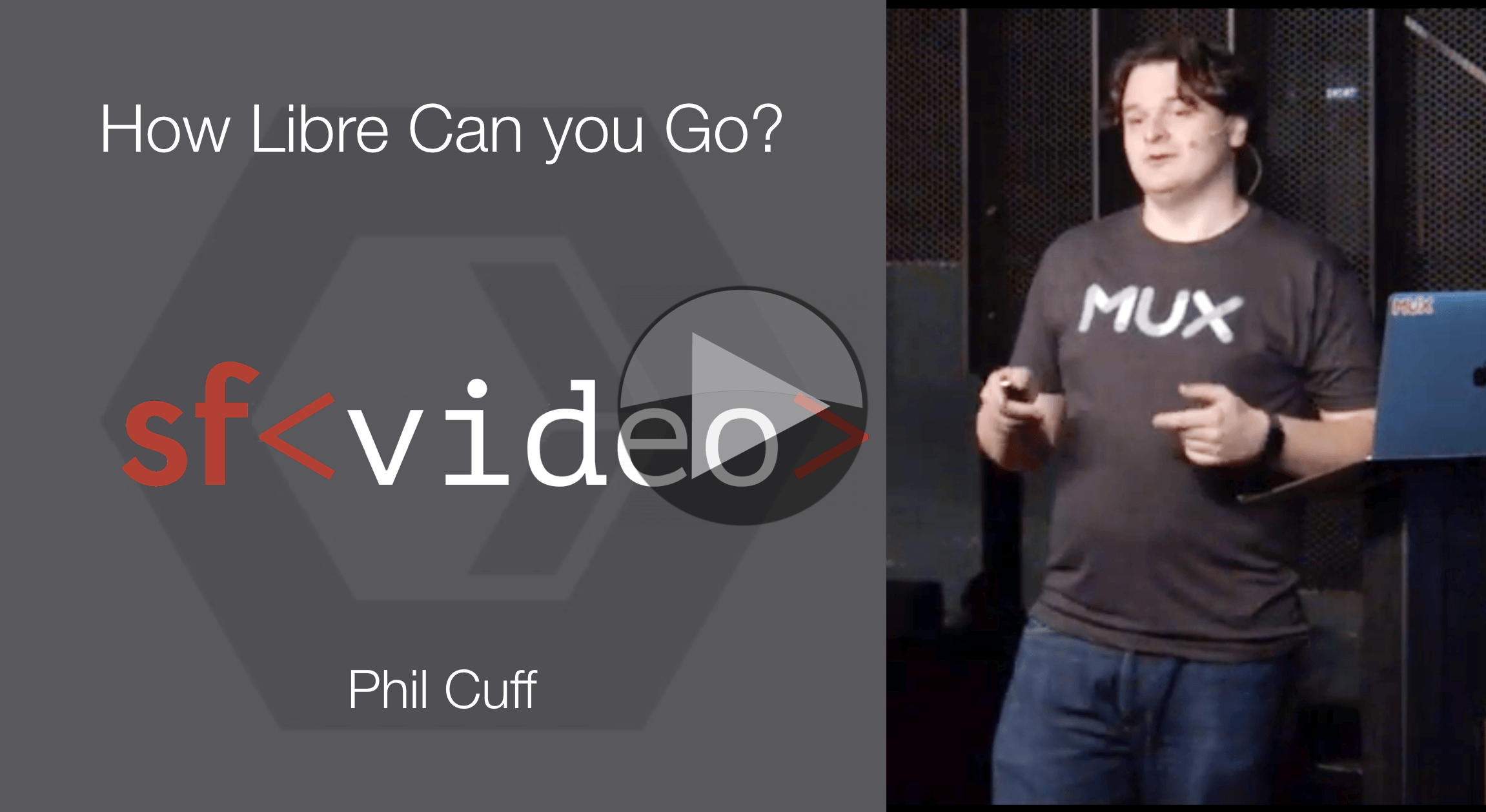 Many companies would love to be using free codecs, unencumbered by patents, rather than paying for HEVC or AVC. Phil Cluff shows that, contrary to popular belief, it is possible stream with free codecs and get good coverage on mobile and desktop.

Phil starts off by looking at the codecs available and whether they’re patent encumbered with an eye to how much of the market can actually decode them. Free codecs and containers like WebM, VP8 etc. are not supported by Safari which reduces mobile penetration by half. To prove the point, Phil presents the results of his trials in using HEVC, AVC and VP8 on all major browsers.

Whilst this initially leaves a disappointing result for streaming with libre codecs on mobile, there is a solution! Phil explains how an idea from several years ago is being reworked to provide a free streaming protocol MPAG-SASH which avoids using DASH which is itself based on ISO BMFF which is patent encumbered. He then explains how open video players like video.js can be modified to decode libre codecs.

With these two enhancements, we finally see that coverage of up to 80% on mobile is, in principle, possible.