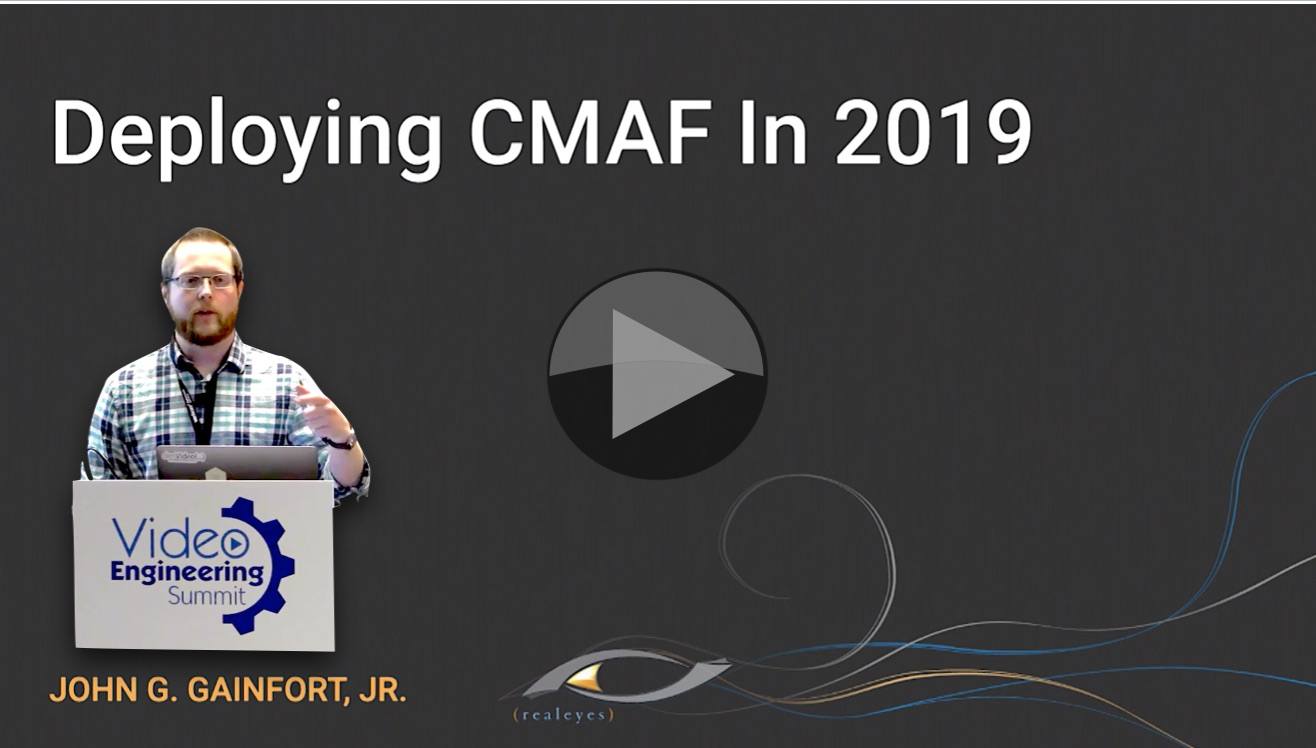 It’s all very good saying “let’s implement CMAF”, but what’s implemented so far and what can you expect in the real world, away from hype and promises? RealEyes took the podium at the Video Engineering Summit to explain.

CMAF represents an evolution of the tried and tested technologies HLS and DASH. With massive scalability and built upon the well-worn tenants of HTTP, Netflix and a whole industry was born and is thriving on these still-evolving technologies. CMAF stands for the Common Media Application Format because it was created to allow both HLS and DASH to be implemented in one common standard. But the push to reduce latency further and further has resulted in CMAF being better known for it’s low-latency form which can be used to deliver streams with five to ten times lower latencies.

John Gainfort tackles explaining CMAF and highlights all the non-latency-related features before then tackling its low-latency form. We look at what it is (a manfest) and where it came from (ISO BMFF before diving in to the current possibilities and the ‘to do list’ of DRM.

Before the Q&A, John then moves on to how CMAF is implemented to deliver low-latency stream: what to expect in terms of latency and the future items which, when achieved, will deliver the full low-latency experience.