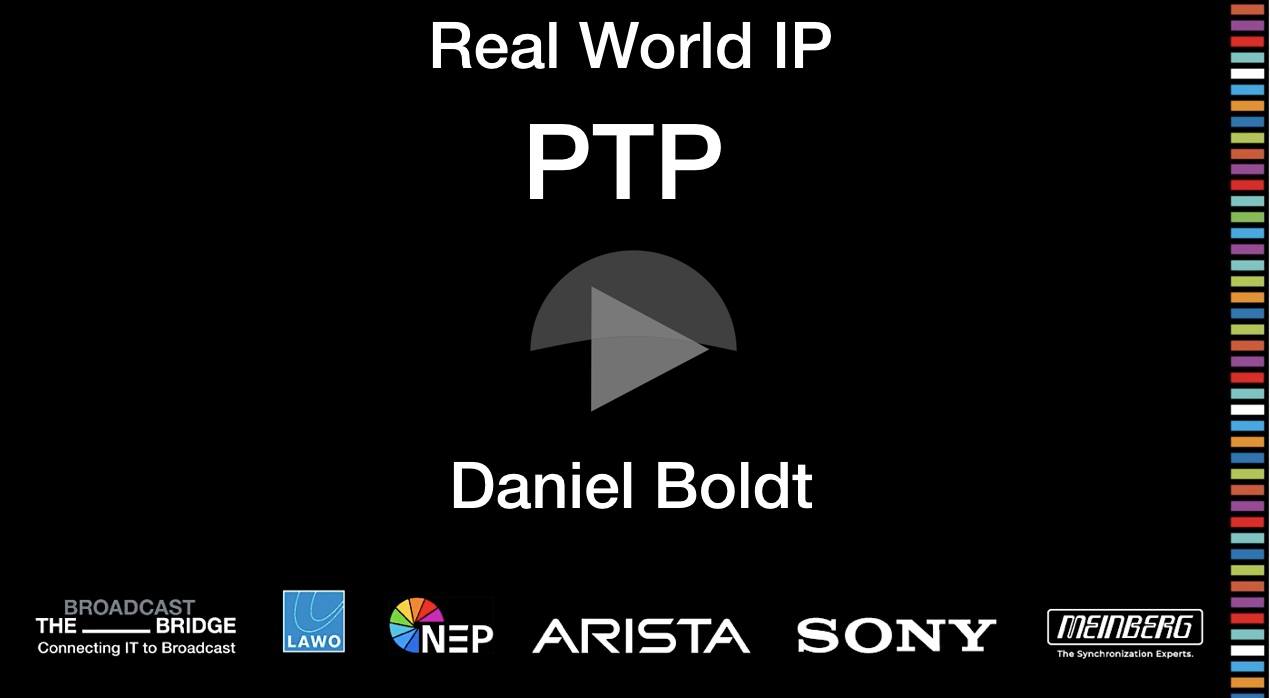 PTP, Precision Time Protocol, underpins the recent uncompressed video and audio over IP standards. It takes over the role of facility-wide synchronisation from black and burst signals. So it’s no surprise that The Broadcast Bridge invited Meinberg to speak at their ‘Real World IP’ event exploring all aspects of video over IP.

David Boldt, head of software engineering at Meinberg, explains how you can accurately transmit time over a network. He summarises the way that PTP accounts for the time taken for messages to move from A to B. David covers different types of clock explaining the often-heard terms ‘boundary clock’ and ‘transparent clock’ exploring their pros and cons.

Unlike black and burst which is a distributed signal, PTP is a system with bi-directional communication which makes redundancy all the more critical and, in some ways, complicated. David talks about different ways to attack the main/reserve problem.

PTP is a cross-industry standard which needs to be interpreted by devices to map the PTP time into an understanding of how the signal should look in order for everything to be in time. SMPTE 2059 does this task which David cover.

PTP-over-WAN: David looks at a case study of delivering PTP over a WAN. Commonly assumed not practical by many, David shows how this was done without using a GPS antenna at the destination. To finish off the talk, there’s a teaser of the new features coming up in the backwards-compatible PTP Version 2.1 before a Q&A.