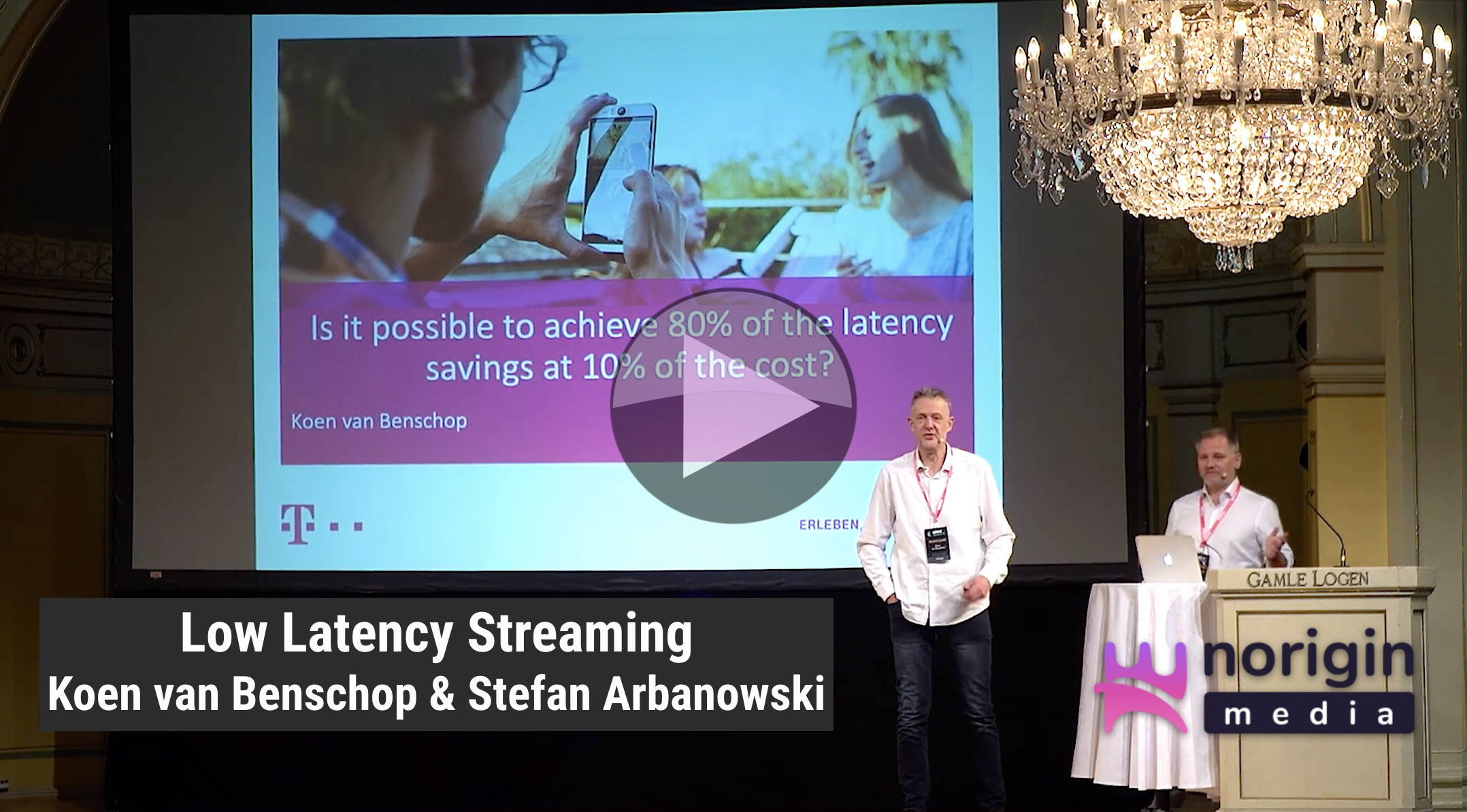 There are two phases to reducing streaming latency. One is to optimise the system you already have, the other is to move to a new protocol. This talk looks at both approaches achieving parity with traditional broadcast media through optimisation and ‘better than’ by using CMAF.

In this video from the Northern Waves 2019 conference, Koen van Benschop from Deutsche Telekom examines the large and low-cost latency savings you can achieve by optimising your current HLS delivery. With the original chunk sizes recommended by Apple being 10 seconds, there are still many services out there which are starting from a very high latency so there are savings to be had.

Koen explains how the total latency is made up by looking at the decode, encode, packaging and other latencies. We quickly see that the player buffer is one of the largest, the second being the encode latency. We explore the pros and cons of reducing these and see that the overall latency can fall to or even below traditional broadcast latency depending, of course, on which type (and which country’s) you are comparing it too.

While optimising HLS/DASH gets you down to a few seconds, there’s a strong desire for some services to beat that. Whilst the broadcasters themselves may be reticent to do this, not wanting to deliver online services quicker than their over-the-air offerings, online sports services such as DAZN can make latency a USP and deliver better value to fans. After all, DAZN and similar services benefit from low-second latency as it helps bring them in line with social media which can have very low latency when it comes to key events such as goals and points being scored in live matches.

Stefan Arbanowski from Fraunhofer leads us through CMAF covering what it is, the upcoming second edition and how it works. He covers its ability to use .m3u8 (from HLS) and .mpd (from DASH) playlist/manifest files and that it works both with fMP4 and ISO BMFF. One benefit from DASH is it’s Common Encryption standard. Using this it can work with PlayReady DRM, Fairplay and others.

Stefan then takes a moment to consider WebRTC. Given it proposes latency of less than one second, it can sound like a much better idea. Stefan outlines concerns he has about the ability to scale above 200,000 users. He then turns his attention back to CMAF and outlines how the stream is composed and how the player logic works in order to successfully play at low latency.