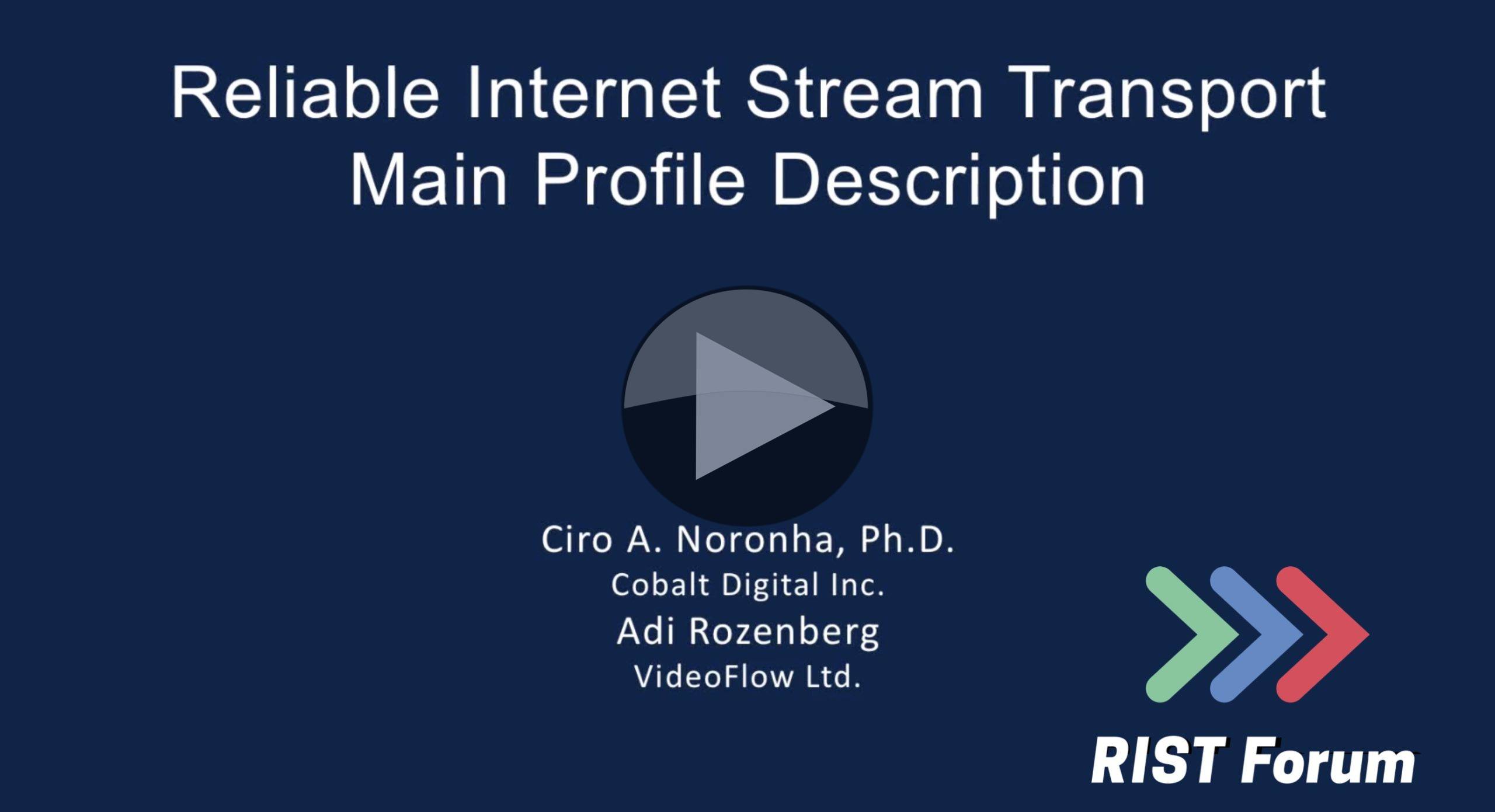 RIST solves a problem by transforming unmanaged networks into reliable paths for video contribution in an interoperable way. RIST not only improves reliability through re-requesting missing packets, but also comes with a range of features and tools, not least of which is tunnelling. Cobalt Digital’s EVP of engineering, Ciro Noronha explains how the protocol works and what’s next on the roadmap.

Tunnelling and Multiplexing is a technique to combine Simple Profile flows into a bi-directional tunnel, providing simpler network and encryption configuration. Using a GRE (RFC 8086) tunnel, RIST provides a full, protocol agnostic tunnel and a UDP-only reduced overheard mode which only requires 0.6% data overhead to implement. Ciro explains a number of setups, including one where the connection is initiated by the receiver – something that the Simple Profile doesn’t allow.

Authentication and Encryption are covered next. DTLS us the UDP implementation of TLS which is the security mechanism used on secure websites. This provides security to the tunnel so everything which travels through is covered. Ciro explains the pre-shared key (PSK) mechanism in the Main Profile.