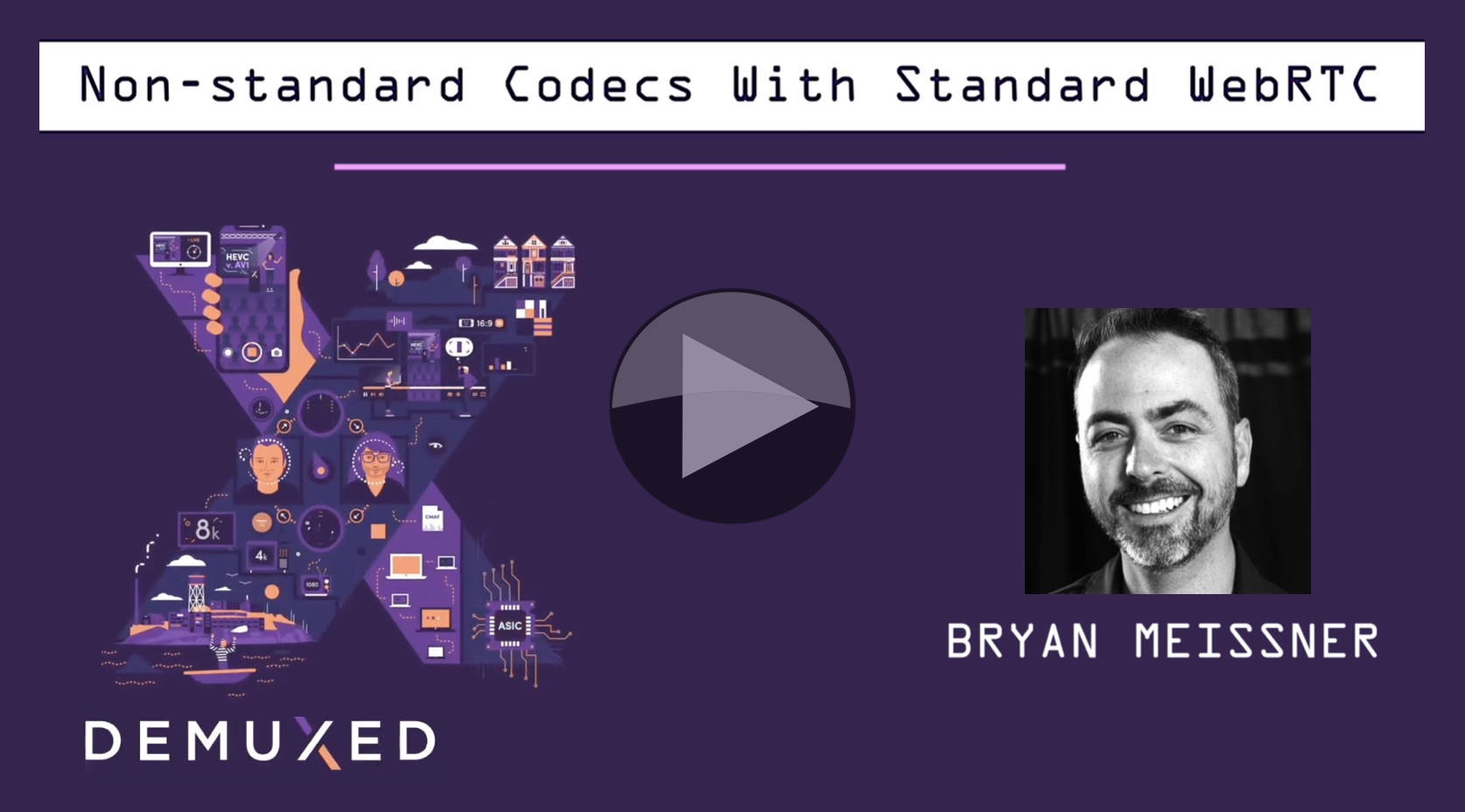 WebRTC is used on a massive scale thanks to Facebook messenger and Google, but when it comes to video streaming services, some find its open source codec VP8 too restrictive. WebRTC is actively evolving to adapt and become codec agnostic though this work is ongoing. In the meantime, Comcast is here to show us there is a way to inject the codec of your choice into WebRTC.

Finding that many of their video capture devices, CCTV cameras and the like, had hardware AVC encoders, Bryan Meissner explains Comcast didn’t feel it had much of a choice in codec, therefore they looked for a way to make WebRTC to carry AVC.

While forcing an unsupported codec into a protocol wasn’t ideal, they were able to leave much of WebRTC unchanged. The RTP and Data channels were established as normal and peering continued to work as ever. With control of both the send and receive side, the team found they could pick out the data from the WebRTC stack ahead of the normal decoder and feed that into Exoplayer using its API. This allowed playback on Android devices. Bryan goes on to explain the approach for iOS and web browsers. As WebRTC is ‘baked in’ to browsers, there really are very few ways to change the signal flow.

At the end of the day, Comcast made this work and used it in production or many years, Jeff Cardillo explains as he wraps up this video. But he also takes time to talk through some of the problems. Having to bypass parts of a program with parts of another library does increase complexity. Not only does the code become more complex but the code becomes platform specific, you need control over the source and keeping the individual parts synchronously up to date can be a balancing act.

Jeff finishes this talk from Demuxed SF 2019 by elaborating on the mobile and browser tradeoffs at play.