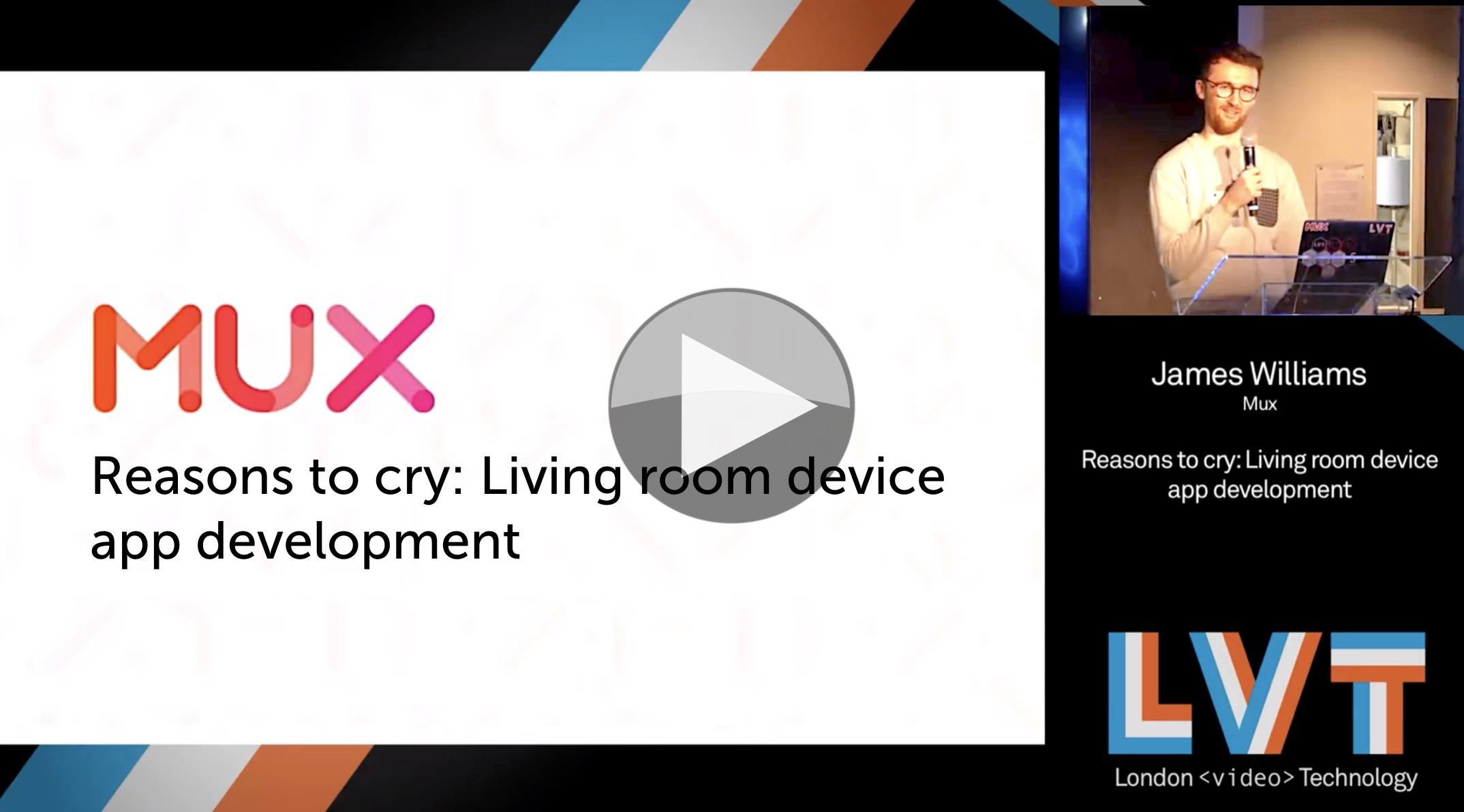 HbbTV is a transmission standard seeking to unify over-the-air transmissions and broadband-delivered services into a seamless service. This aim is the same as ATSC 3.0 though the means of achieving it are not the same. HbbTV has seen growing use since its debut in 2006 and is now on its 2nd iteration.

James Williams has spent a lot of time getting services working on HbbTV-compliant hardware. STB manufacturers always have to balance very carefully the cost of the box against the components and hence performance. This leads to some unfortunate compromises when it comes to ‘secondary features’ such as rendering HTML, CSS or Javascript even if they are required in order to validate a box against a standard. This talk is a synthesis of what’s he’s learnt, fought against and endured making, sometimes very simple, things work.

James starts by looking at the boxes available and, importantly, the SDKs behind them which are many and varied. We’re then taken through some of the XML necessary to get an HbbTV app up and running including some key “dos and don’ts”. Now that we’ve seen how to invoke a program, James takes us on an amusing journey into getting a loading spinner to work and the many attempts, all highly reasonable, to convince this to be rendered.

For a video service, playing videos is probably the most important function so next we look at the surprising number of ways one can fail to get video to play using quite rational parameters in MPEG DASH seeing the ways to make it work and the ones to avoid. Finally we see the variety of responses that boxes report back their failure to render video.

A cautionary tale, or a guide to survive? You decide.
Watch now!