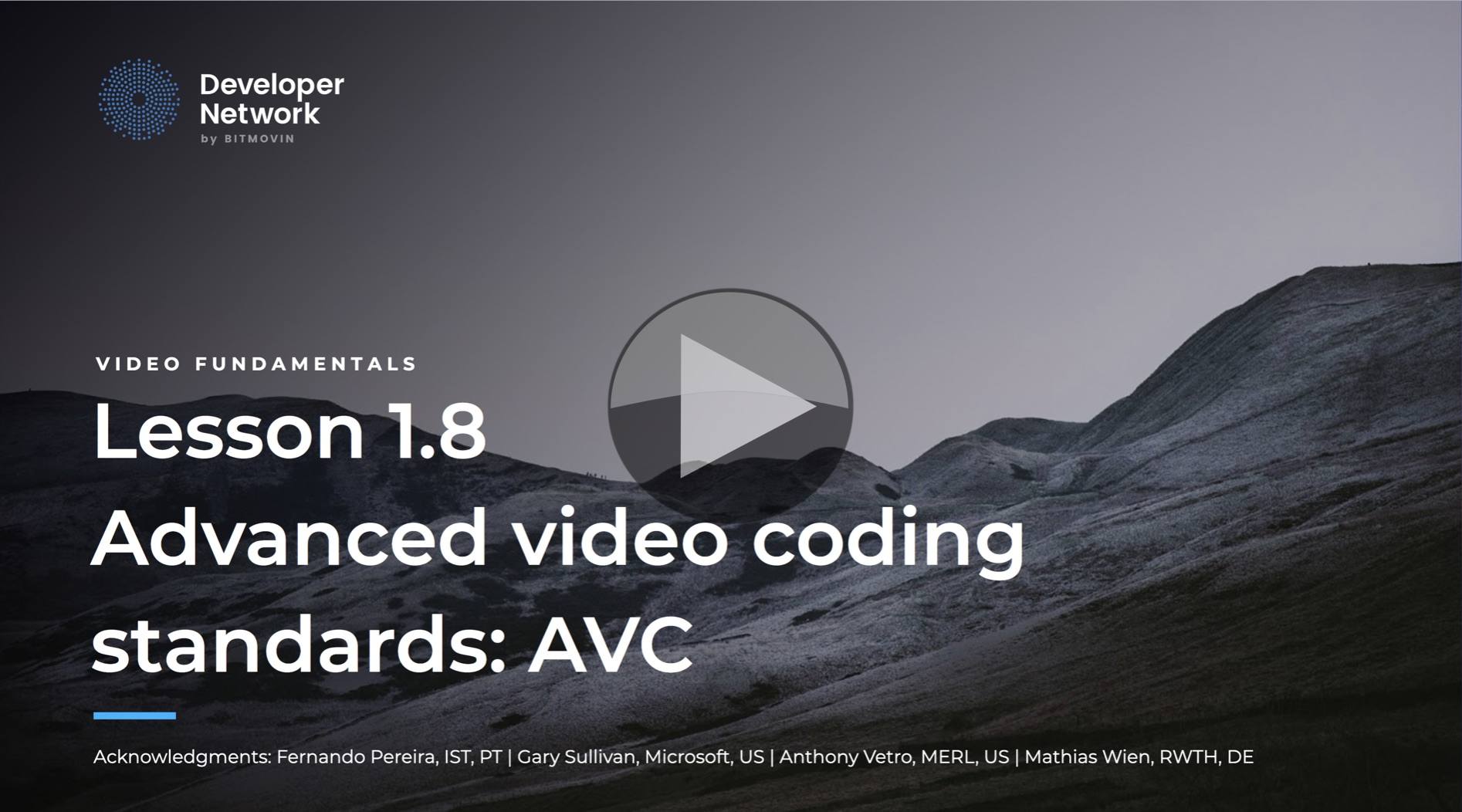 Whilst the encoding landscape is shifting, AVC (AKA H.264) still dominates many areas of video distribution so, for many, understanding what’s under the hood opens up a whole realm of diagnostics and fault finding that wouldn’t be possible without. Whilst many understand that MPEG video is built around I, B and P frames, this short talk offers deeper details which helps how it behaves both when it’s working well and otherwise.

Christian Timmerer, co-founder of Bitmovin, starts his lesson on AVC with the summary of improvements in AVC over the basic MPEG 2 model people tend to learn as a foundation. Improvements such as variable block size motion compensation, multiple reference frames and improved adaptive entropy coding. We see that, as we would expect the input can use 4:2:0 or 4:2:2 chroma sub-sampling as well as full 4:4:4 representation with 16×16 macroblocks for luminance (8×8 for chroma in 4:2:0). AVC can handle Pictures split into several slices which are self-contained sequences of macroblocks. Slices themselves can then be grouped.

Intra-prediction is the next topic where by an algorithm uses the information within the slice to predict a macroblock. This prediction is then subtracted from the actual block and coded thereby reducing the amount of data that needs to be transferred. The decoder can make the same prediction and reconstruct the full block from the data provided.

The next sections talk about motion prediction and the different sizes of macroblocks. A macroblock is a fixed area on the picture which can be described by a mixture of some basic patterns but the more complex the texture in the block, the more patterns need to be combined to recreate it. By splitting up the 16×16 block, we can often find a simpler way to describe the 8×8 or 8×16 shapes than if they had to encompass a whole 16×16 block. 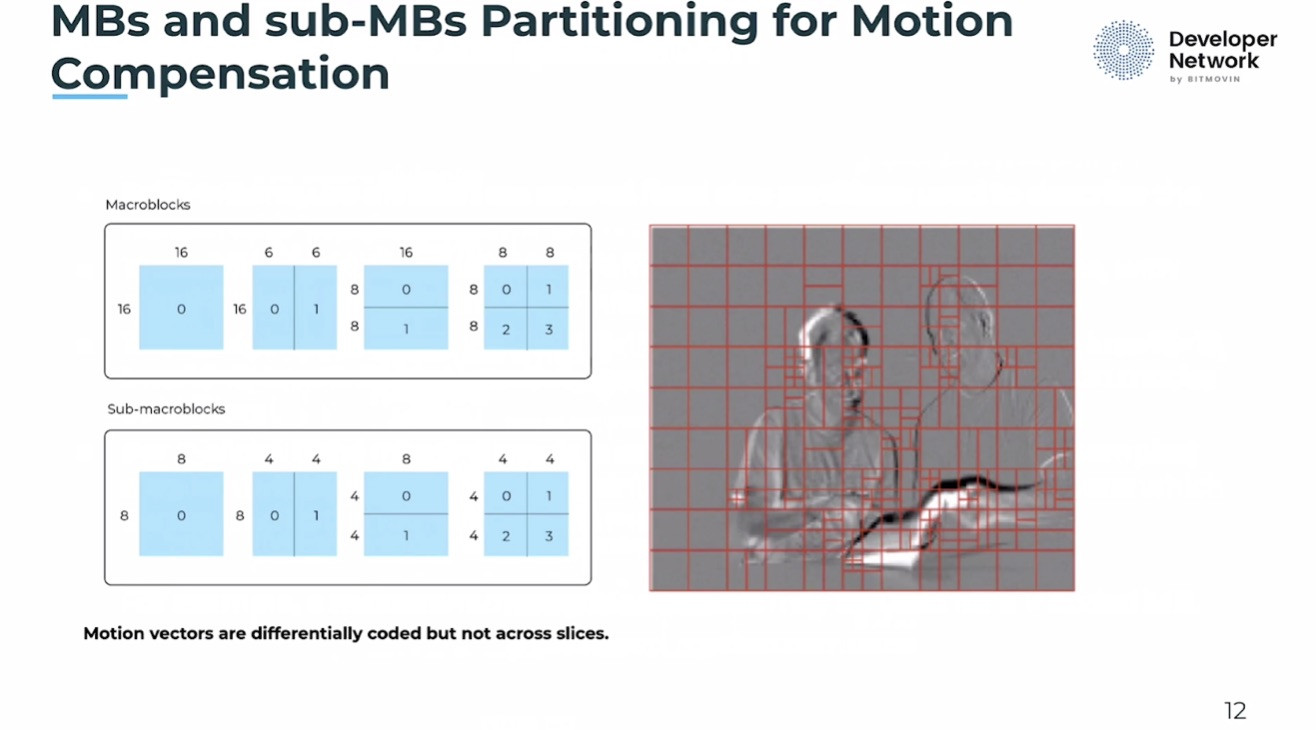 B-frames are fairly well understood by many, but even if they are unfamiliar to you, Christian explains the concept whereby B-frames provide solely motion information of macroblocks both from frames before and after. This allows macroblocks which barely change to be ‘moved around the screen’ so to speak with minimal changes other than location. Whilst P and I frames provide new macroblocks, B-frames are intended just to provide this directional information. Christian explains some of the nuances of B-frame encoding including weighted prediction.

Quantisation is one of the most important parts of the MPEG process since quantisation is the process by which information is removed and the codec becomes lossy. Thus the way this happens, and the optimisations possible are key so Christian covers the way this happens before explaining the deblocking filter available. After splitting the picture up into so many macroblocks which are independently processed, edges between the blocks can become apparent so this filter helps smooth any artefacts to make them more pleasing to the eye. Christian finishes talking about AVC by exploring entropy encoding and thinking about how AVC encoding can and can’t be improved by adding more memory and computation to the encoder.