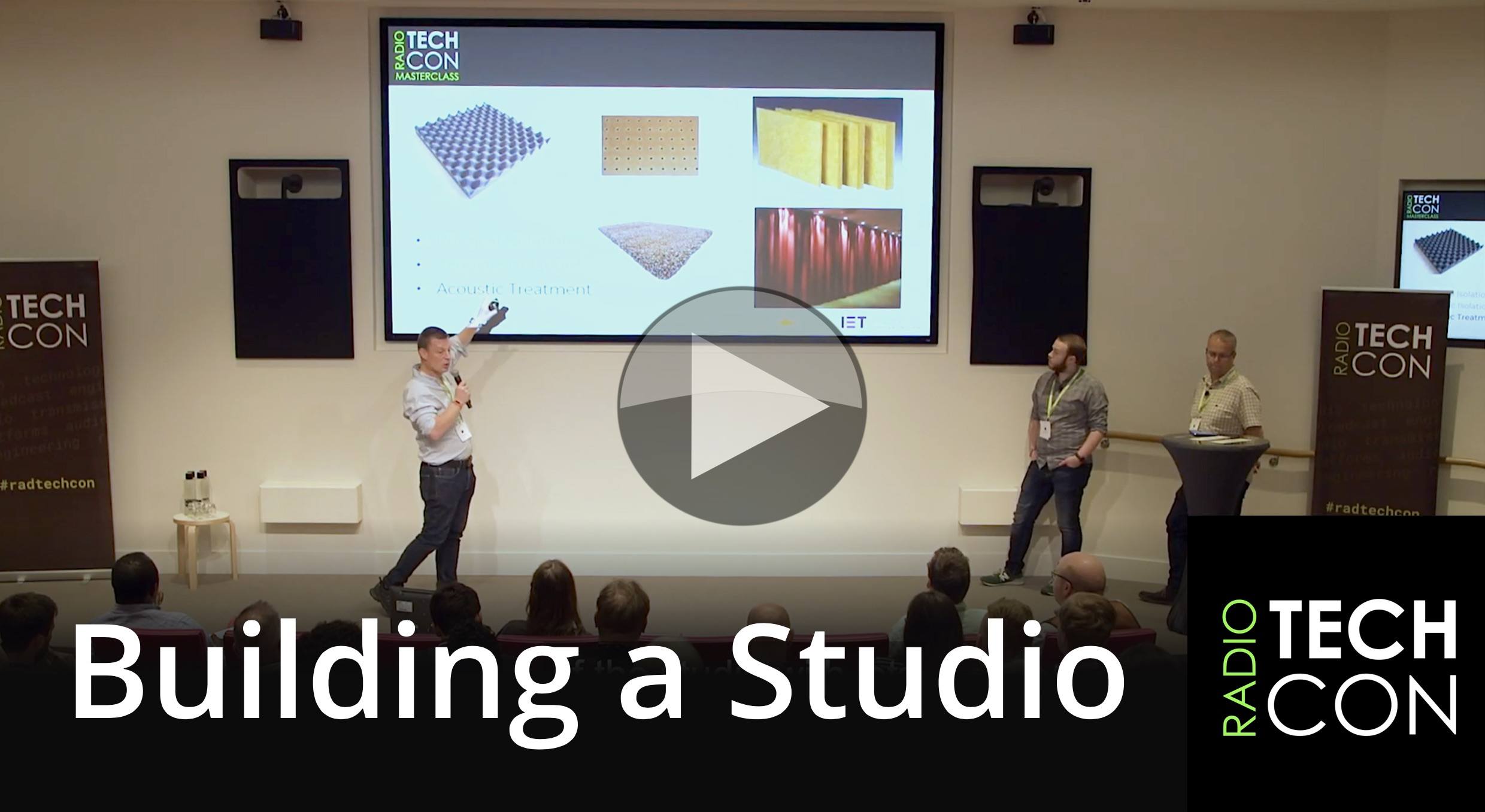 The fundamentals of building a studio are the same whether for TV or Radio. You want to keep sound out…and in. This has forever been a challenge which doesn’t stop when the room’s built. Before it’s pressed into use, you have to lay it out correctly, considering the equipment, acoustic treatments and keep it cool.

Fortunately, experts from the BBC and Global are here to talk us through it at this Masterclass from Radio TechCon. Dave Walters from the BBC kicks off explaining how the aim of isolating your studio from physical vibration both through the structure and through gaps in the walls, floor or ceiling. Once isolated from the outside, the task is to manage the sound in the room and that calls for acoustic treatment. Dave goes through the options for lining the ceiling and walls showing that there’s acoustic treatment at all budgets. Dave finishes by highlighting that the aim is to dissipate sound and not let it bounce around. This means reflective surfaces such as glass windows need to be angled so they don’t directly point at any other hard surface.

With a deadened acoustic and a quiet atmosphere, your studio is ready to be occupied. Stephen Clarke from Global talks through laying out the studio taking into account what people do and don’t want to see. The presenter, for instance, will want to see through to the control room for visual cues during the programme, but it’s best to keep guests pointed away without distraction. This can also extend to the placement of TVs, computers and other equipment. Equipment, of course, is a concern in itself. As it generates heat and, often noise, it’s best to minimise in-studio equipment which can be done with a KVM system. Stephen talks us through a photo of the Today studio to see these principles in action.

To finish up, Global’s Simon Price talks about making holes in the studio that Dave managed to isolate. The inconvenient truth is that people need oxygen, generate heat and generate odour. Any one of those three is a good reason to put air con into the studio so Simon explains the use of baffles in ducting used to introduce the air. This absorbs sound from the air’s movement and also any external sounds that happen to come in. Simon concludes by explaining safe electrical distribution for studios keeping wiring to a minimum and reducing fire risk.

Before leaving, the team have just enough time to answer a question about studios with large amounts of glass and how to choose how ‘dead’ you want the reverb in the studio to be asking ‘can you go too far’ in minimising sound.