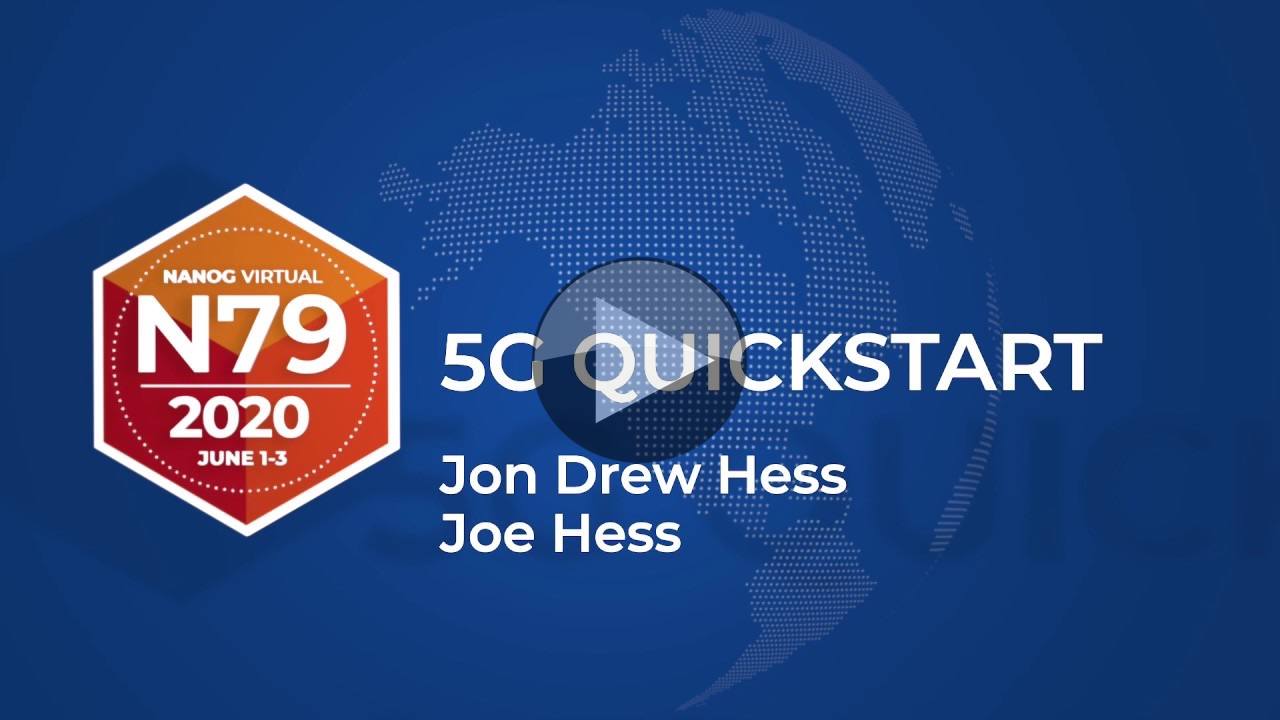 The best way to cut through the 5G hype is to understand the technology itself. This video explains the acronyms, frequency use, OpenRAN sites, multipath reception, software-defined radio.

Joe Hess starts this talk at NANOG 75 by telling us what 5G isn’t before covering the basics. He talks about NFV, Network Function Virtualisation, which is the ability to move any network function such as firewalls any load balancers into software running on a virtual environment. The flexibility that this provides is significant. Not only does NFV reduce the cost of launching new services and allowing that to happen quicker, all because no new hardware appliances need to be purchased and installed, it is also key to enabling ‘Network slicing’ which is a critical element to making 5G work for the broadcast industry. When you have virtualised the network functions, provisioning a totally new, separate, network can be done via API allowing a broadcaster to have their own cut of the network bandwidth but also have the security of total segregation.

Joe also highlights some other important technologies such as CUPS, which no longer stands for the Common UNIX Printing System, but rather Control and User Plane Separation. Part of CUPS is the ability to use polar codes to represent control data in the same datastream as general traffic. This creates a more robust control channel than the general data without having to create a separate channel. He also discusses the meaning of ‘NR’ or ‘New Radio’ which is a radio protocol replacing UMTS used in 3G and 4G’s LTE. It has the ability to be used on frequencies up to 6GHz and also on 24GHz and above, includes improved OFDM performance, and also run on top of an LTE core.

Joe makes the point that the 5G can run on ‘any’ frequency from 700MHz up and takes a look at the details. He also points out that there’s a lot of information in the press about 5G rollouts including by Telegeography

We next look at cRAN, vRAN and oRAN. cRAN (Cloud Radio Access Network) involves centralising control typically in the cloud. vRAN, Virtual RAN, allows you to choose who receives service from each tower allowing you to share a stadium’s-worth of subscribers or, say the people in a traffic jam, amongst a number of cell towers, not just the one which is closest to them or gives them the best reception. OpenRAN, such as the one just launched in Reading, UK which allows interoperability with open source software and the use of software defined radio.

MIMO is the next topic covered. Joe explains this isn’t new, but it is an important part of 5G. MIMO stands for Mulitple In, Multiple Out which is the ability to use multiple antennae at both ends to deal with the multi-path reflections on the received signal. In the last part of the talk, Joe speaks about mapping 5G deployments, tools you can use to analyse 5G.