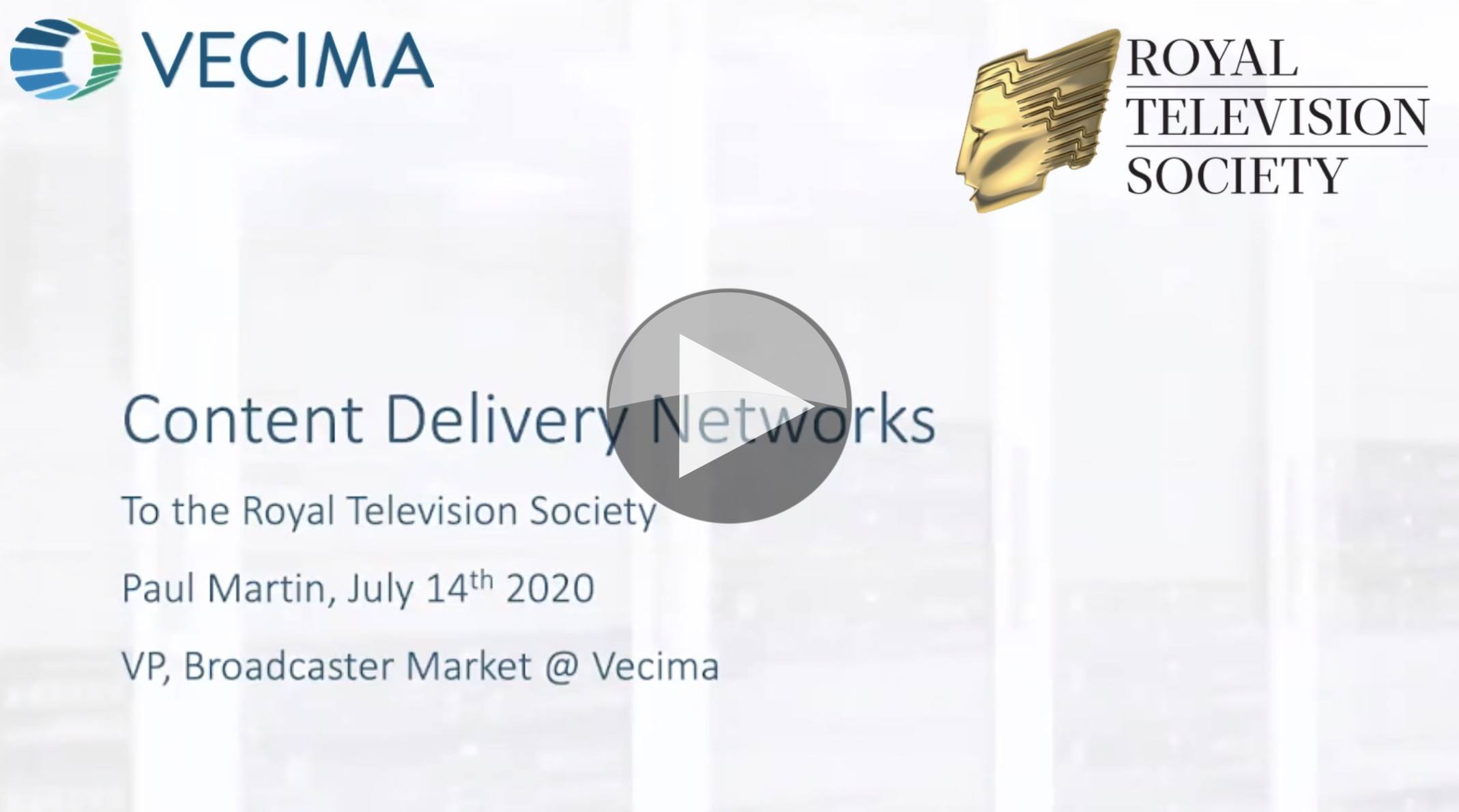 With massive, often global, online audiences, esports are highly reliant on great CDN strategies. CDNs exist to copy popular files to servers very close to the users. This takes the burden off the encoders at the heart of the stream. But doing this at scale to millions of people is a constant challenge.

Paul Martin from CDN provider Vecima, helps explain the challenges and solutions for esports producers and streaming services alike. Paul outlines the growth in video traffic which paints a positive future for the need for CDNs: 65% streaming growth in 2019, DAZN streamed to over 1 million people 100 times and over the next 5 years, market revenues are forecast to double.

When it comes to scaling, the CDN operates differently to the origination platform. For an esports provider their scale is in programming. The more channels they put out, the more they have to work. A CDN, however, will cache any files that are needed, so it really doesn’t matter whether there are 10 or 1000 assets or channels, the scale goes with the number of people who are accessing the service.

Multiple CDNs: Of course in the real world, providers actually use multiple CDNs to distribute globally. These connections between providers and ISPs are called peering points. There can be a lot of complexity involved with global distribution and some providers are concerned with losing control as their data passes over many third party network infrastructure. This is why many consider moving their own CDN servers into ISPs themselves allowing them more predictable performance and easier capacity expansion.

Paul talks about how this ‘netflix’ model of having your own CDN in ISPs comes into play at high scale and moves on to look at what the important themes are for streaming providers as they move from small startups through to high-scale, high maturity. For each stage, there are clearly definable problems to solve which change with size.

The talk ends with a look to the future and a Q&A talking about what’s monitored in CDNs, WebRTC, 5G and the growth of esports.