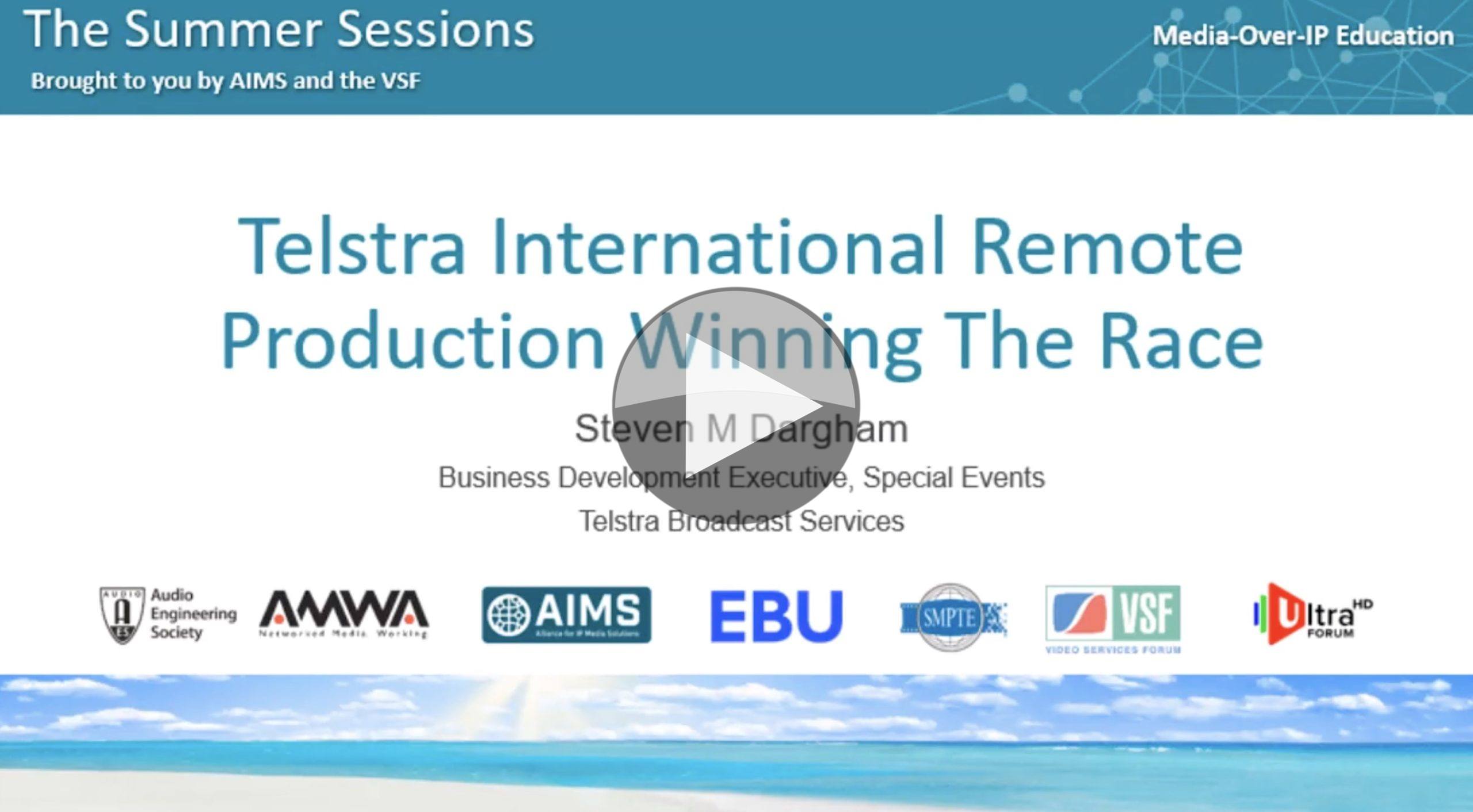 Optical Transport Networking (OTN) is a telco-grade technology which simplifies the transport of high-bandwidth data such as uncompressed video. Taking the place of SDH and Ethernet, OTN is an ITU-created recommendation called G.709 which dates back to 2009. With OTN, transport and decoding of multiple signals are simplified with the ability to carry many different data types including SDH and Ethernet.

Telstra’s Steven Dargham joins the VSF’s summer sessions to explain why Telstra has created an international network for live broadcast production based on OTN and to discusses some case studies. Using SMPTE ST 2110-20 and -22, Telstra as seen that remote production can be done without so much equipment at the game.

Steven takes some time to outline the Latency-Bandwidth-Quality triangle where one of these will always suffer at the expense of another or both the others. Understanding this balance and compromise leads to understanding the choice of video codec to use such as TICO, VC-2, JPEG XS etc. Steve talks through a table showing the pros and cons of the codecs available to chose from.

The video ends with Steven talking us through case studies on moving Telco between Japan and UK, their work for the IAAF Athletics using these to explain why they are able to keep AWS ingo.