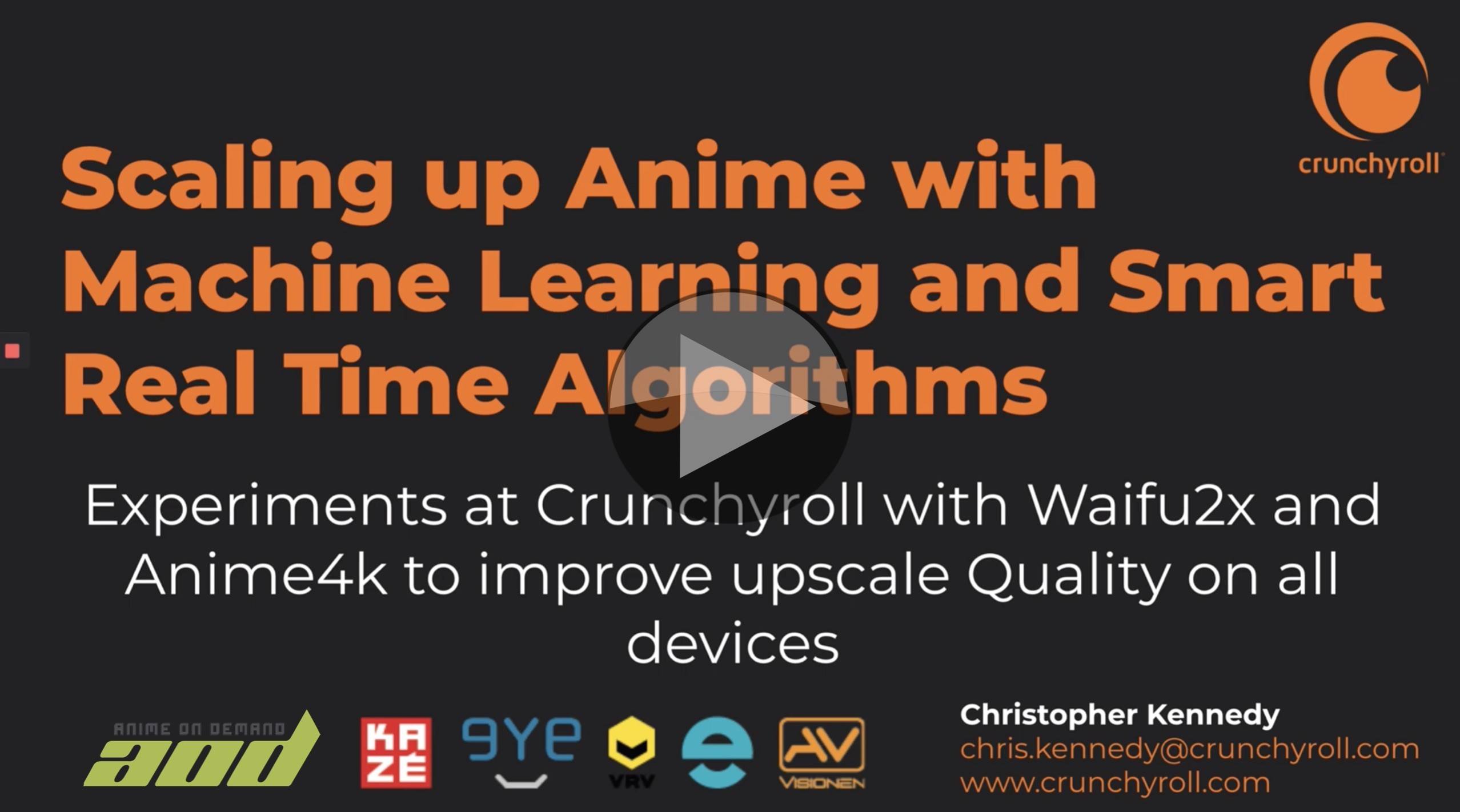 Too long has video been dominated by natural scenes and compression has been about optimising for skin tones. Recently we have seen technologies taking care of displaying other types of video correctly like computer displays such as computer games, as seen in VVC and also animation optimisation for upscalers as we explore in this talk.

Anime, a Japanese genre of animation, is not very different from an objective point of video from most video cartoons; the drawing style is black lines on relatively simple, solid areas of colour. Anime itself is a clearly distinct genre whose fans are much more sensitive to quality, but for codecs and scalers, 2D animation, in general, is a style that easily shows artefacts.

Up- and down-scaling is the process of making an image of say 1080 pixels high and 1920 wide larger, for instance 2160×3840 or smaller, say to SD resolution. Achieving this without jagged edges or blurriness is difficult and conventional maths can do a decent job, but often leaves something to be desired. Christopher Kennedy from Crunchyroll explains the testing he’s done looking at a super resolution upscaling technique which uses machine learning to improve the quality of upscaled anime video.

Waifu2x is an opensource algorithm which uses Convolutional Neural Networks (CNNs) to scale images and remove artefacts. To start with, Christopher explains the background of traditional algorithmic upscaling discussing the fact that better-looking algorithms take longer so TVs often choose the fastest leading them to look pretty bad if fed SD video. Better for the streaming provider to spend the time doing an upconversion to 4K so allow the viewer a better final quality on their set.

Machine Learning needs a training set and one thing which has contributed to waifu2x’s success in Anime is that it has been trained only on examples of anime leaving it well practised in improving this type of image. Christopher presents the results of his tests comparing standard bilinear and bicubic scaling with waifu2x showing the VMAF, PSNR and SSIM scores.

Finishing off the video, Christopher talks about the time this waifu2x takes to run, the cost of running it in the cloud and he shares some of the command lines he used.