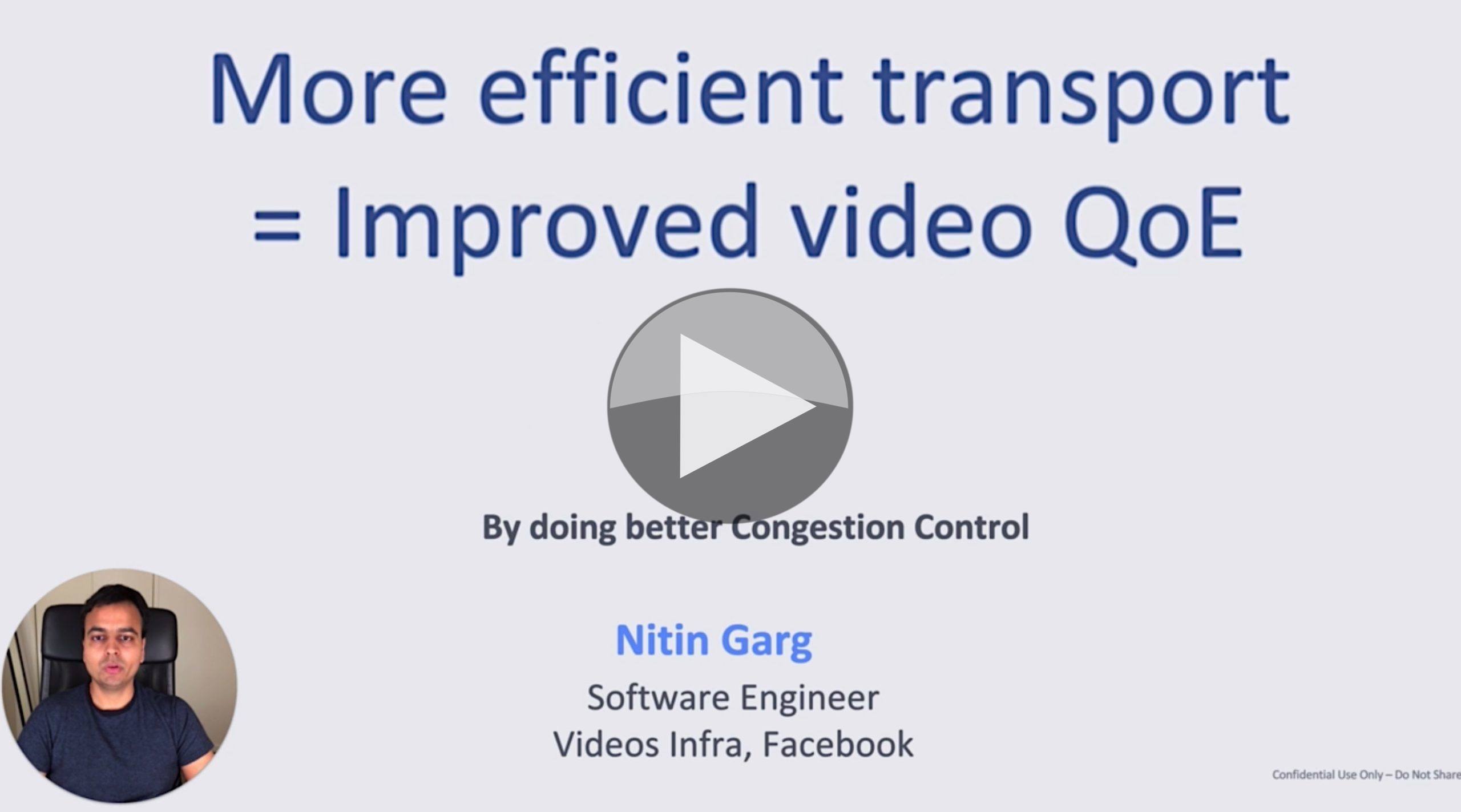 In networking there are many possible bottlenecks, but the most pervasive is congestion caused by links operating at capacity and saturating the buffers. Full buffers are unable to fully adapt to the incoming traffic, increasing the chances of dropped packets, but the extra latency added by full buffer after full buffer quickly adds up and this extra latency further degrades the quality of the connection for the data that does make it through.

It’s no surprise then, that a lot of work goes into finding the best ‘congestion’ algorithms to allow data senders to back off when a link stops responding well. This talk, from Facebook engineer Nitin Garg, examines old and new approaches to keeping streams fast and responsive by running a 4-million-data-point test of three contenders, Cubic, BBR and Copa.

Nitin starts by introducing what we mean by ‘congestion’, how and why it occurs. The simple example is that your computer can send data, typically, at up to 1Gbps, yet your uplink to the internet is likely below this number. So congestion control is a feedback mechanism which lets your computer realise that sending at 1Gbps isn’t working and allows it to throttle back to a speed which fits within your upload bandwidth. The same is true further down the pipe. If you have 50Mbps uplink to the internet, but you are sending to a server which only has 10Mbps left, not only does your computer need to throttle below 50, but also 10Mbps.

We then walk through how Cubic, BBR and Copa work with Nitin explaining the differences. <a href=”https://web.mit.edu/copa/” rel=”noopener” target=”_blank>Copa is the newest of the protocols comes from MIT and comes with the unique ability to tune it to your need; throughput or low latency. As discussed above, to keep latency down, buffer size needs to be minimised which stops you being aggressive in loading up links which leads to latency and throughput being at opposite ends of a see-saw. 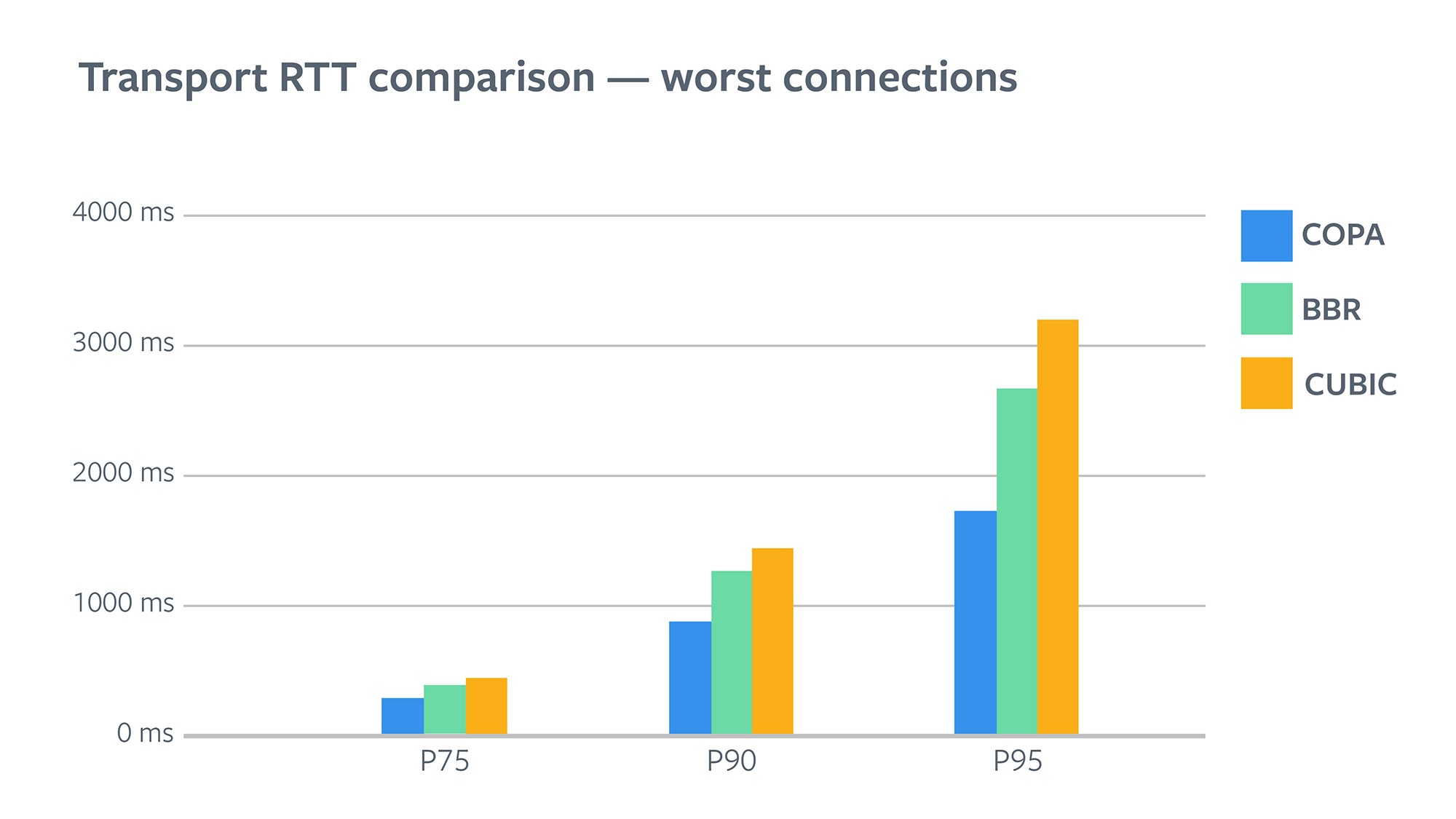 Nitin’s test was on mobile phones using Facebook’s Live streaming app on Android and iOS for live streaming with ABR where the app itself adapts to ensure that it is streaming with as high a quality as possible, but willing to reduce the bitrate when needed. Testing from global markets, they measured round trip times and the amount of delivered data. Nitin walks through the results both for latency and throughput and shows that when Copa is optimised for latency, in the worst conditions it leads the other two protocols in latency reduction.