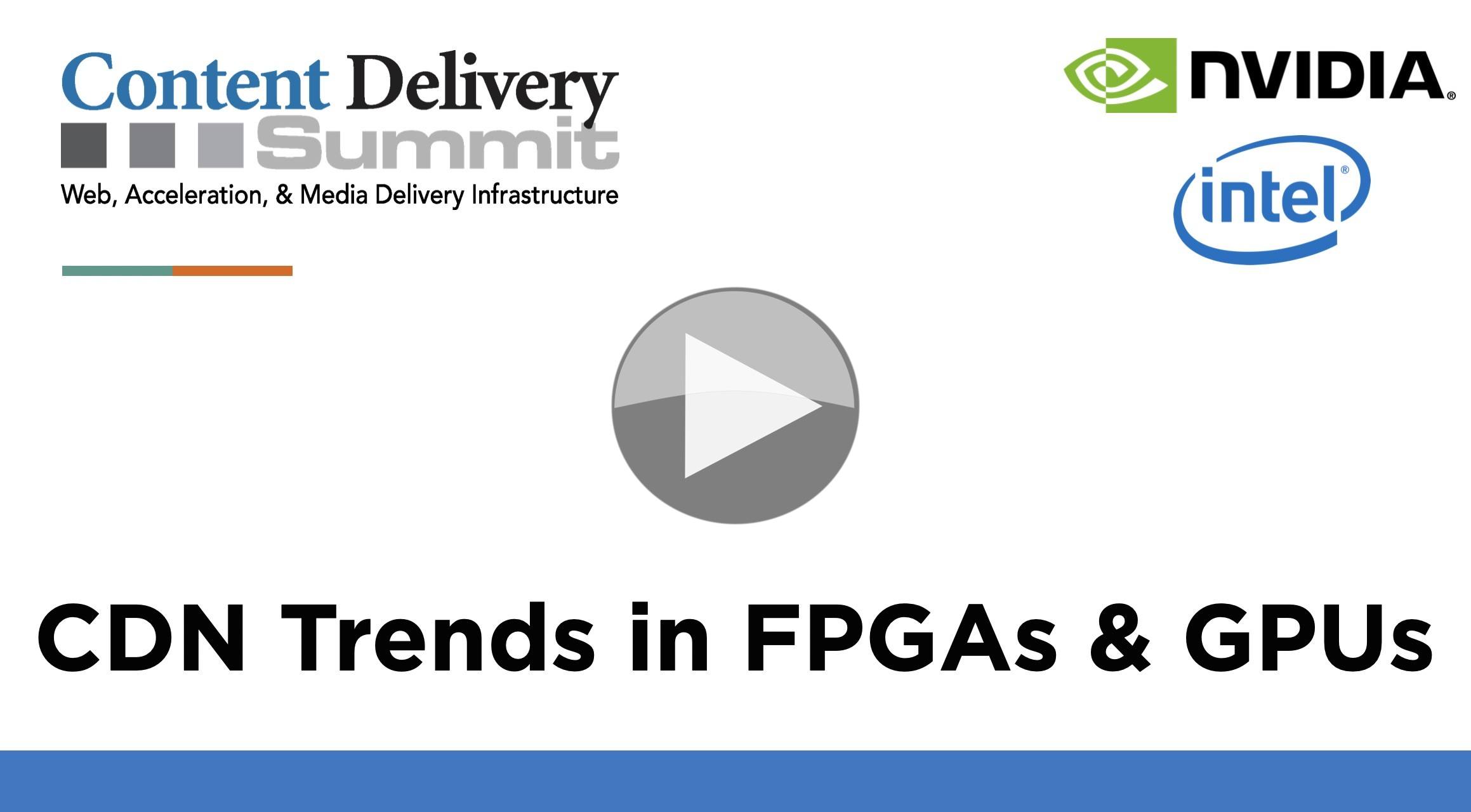 As technology continues to improve, immersive experiences are all the more feasible. This video looks at how the CDNs can play their part in enabling technologies which seem to rely on fast, local, compute. However, as with many internet services, low latency is very important.

Greg Jones from Nvidia and Nehal Mehta form Intel give us the lowdown in this video on what’s happening today to enable low-latency CDNs and what the future might look like. Intel, owners of FPGA makers Altera, and Nvidia are both interested in how their products can be of as much service at the edge as in the core datacentres.

Greg is involved in XR development at Nvidia. ‘XR’ is a term which refers to an outcome rather than any specific technology. Ostensibly ‘eXtended’ reality, it includes some VR, some augmented reality and anything else which helps improve the immersive experience. Greg explains that the importance of getting the ‘motion to photon’ delay to within 20ms. CDNs can play a role in this by moving compute to the edge. This tracks with current trends on wanting to reduce backhaul, edge computation is already on the rise.

Greg also touches on recent power improvements on newer GPUs. Similar to what we heard the other day from Gerard Phillips from Arista who said that switch manufacturers were still using technology that CPU’s were on several years ago meaning there’s plenty in the bank for speed increases over the coming years. According to Greg, the same is true for GPUs. Moreover, it’s important to compare compute per watt rather than doing it in absolute terms.

Nehal Mehta explains that, in the same way that GPUs can offload certain tasks from the CPU, so do FPGAs. At scale, this can be critical for tasks like deep packet inspection, encryption or even dynamic ad insertion at the edge,

The second half of video looks at what’s happening during the pandemic. Nehal explains that need for encryption has increased and Greg sees that large engineering functions are now, or many are soon likely to be, done in the cloud. Greg sees XR as going a long way to helping people collaborate around a large digital model and may help to reduce travel.

The last point made is regarding video conferencing all day long leaving people wanting “more meaningful interactions”. We are seeing attempts at richer and richer meeting experiences, both with and without XR.
Watch now!
Speakers