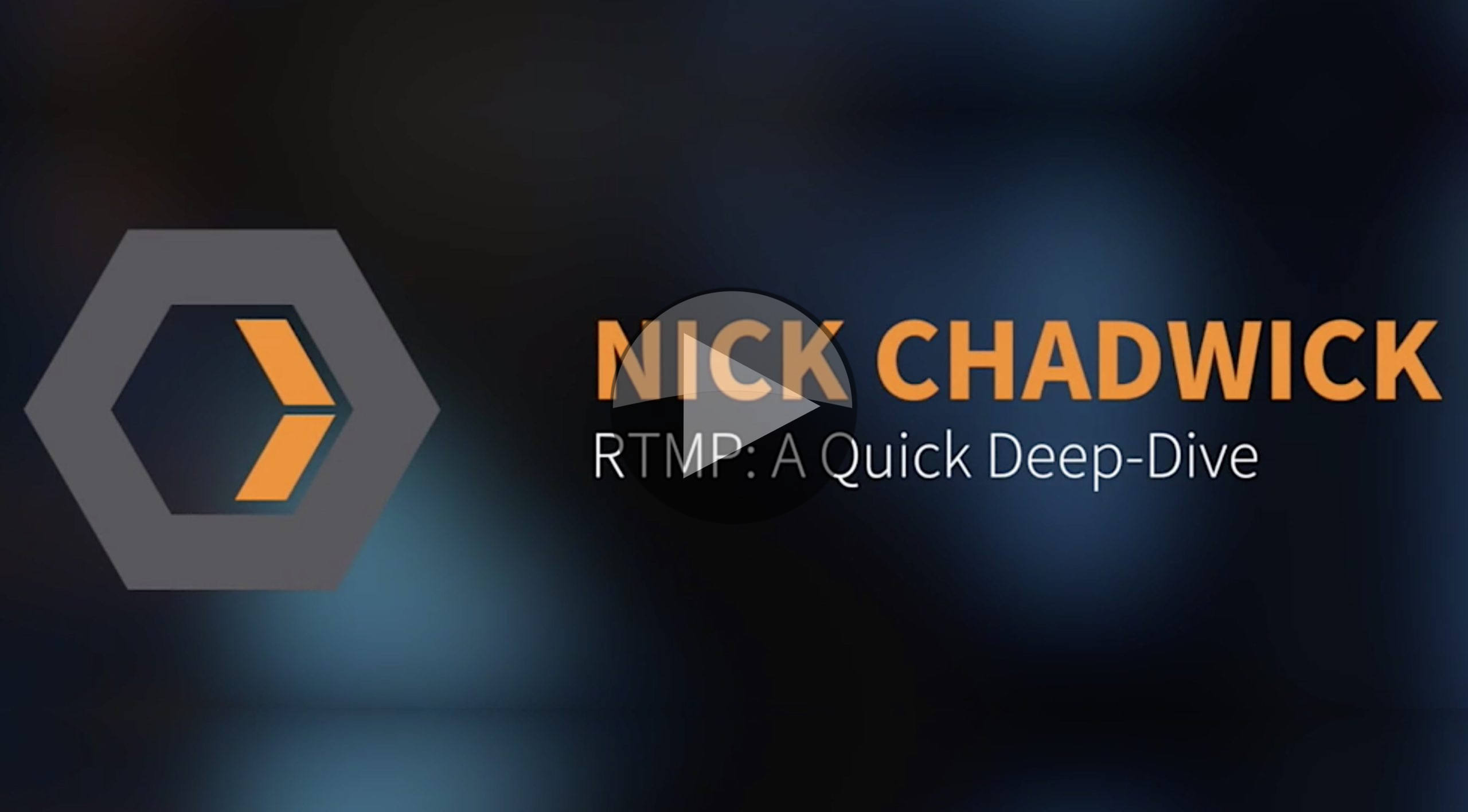 RTMP hasn’t left us yet, though, between HLS, DASH, SRT and RIST, the industry is doing its best to get rid of it. At the time RTMP’s latency was seen as low and it became a defacto standard. But as it hasn’t gone away, it pays to take a little time to understand how it works

Nick Chadwick from Mux is our guide in this ‘quick deep-dive’ into the protocol itself. To start off he explains the history of the Adobe-created protocol to help put into context why it was useful and how the specification that Adobe published wasn’t quite as helpful as it could have been.

Nick then gives us an overview of the protocol explaining that it’s TCP-based and allows for multiple, bi-directional streams. He explains that RTMP multiplexes larger, say video, messages along with very short data requests, such as RPC, but breaking down the messages into chunks which can be multiplexed over just the one TCP connection. Multiplexing at the packet level allows RTMP to be asking the other end a question at the same time as delivering a long message.

Nick has a great ability to make describing the protocol and showing ASCII tables accessible and interesting. We quickly start looking at the header for chunks explaining what the different chunks are and how you can compress the headers to save bit rate. He also describes how the RTMP timestamp works and the control message and command message mechanism. Before answering Q&A questions, Nick outlines the difficulty in extending RTMP to new codecs due to the hard-coded list of codecs that can be used as well as recommending improvements to the protocol. It’s worth noting that this talk is from 2017. Whilst everything about RTMP itself will still be correct, it’s worth remembering that SRT, RIST and Zixi have taken the place of a lot of RTMP workflows.