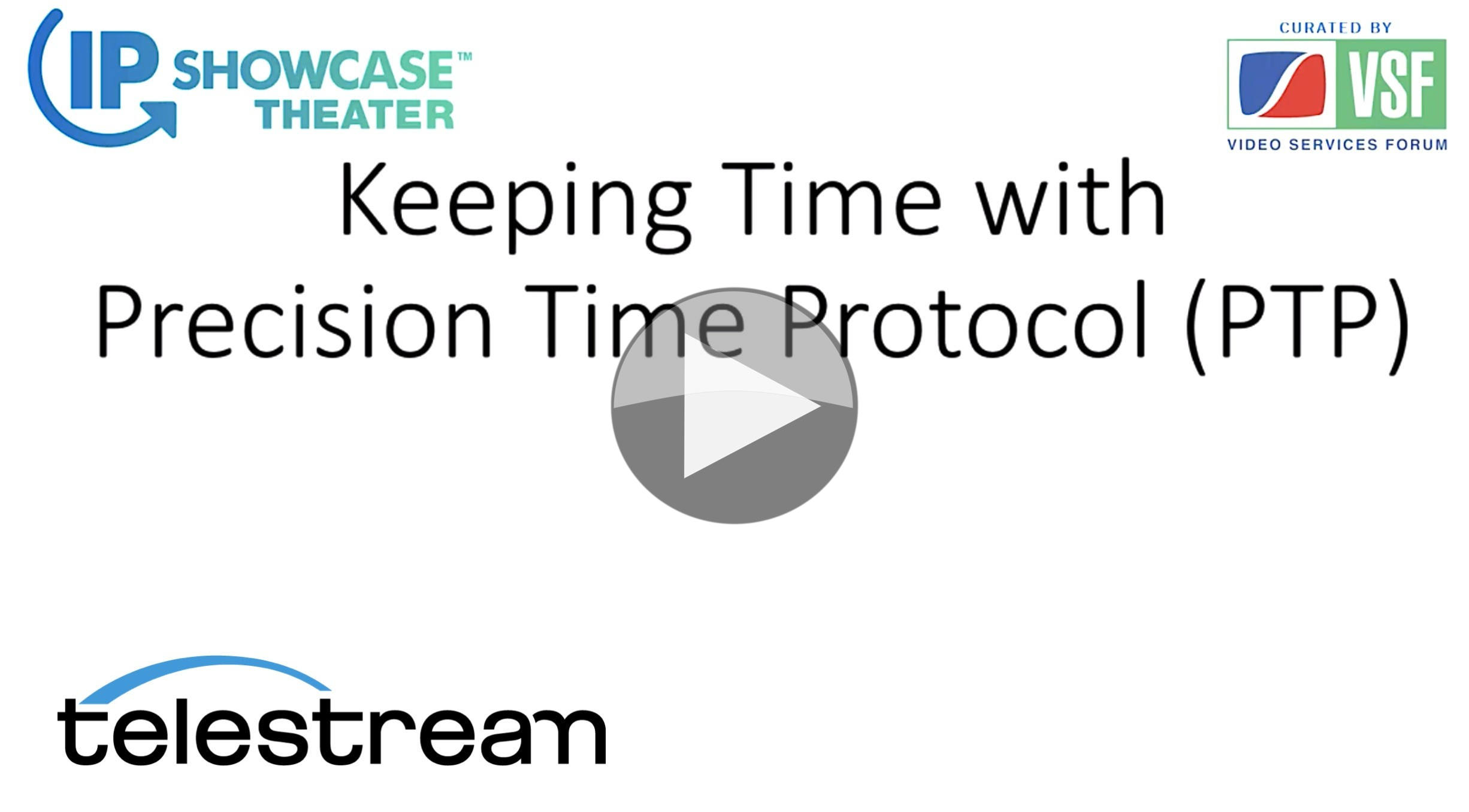 The audio world has been using PTP for years, but now there is renewed interest thanks to its inclusion in SMPTE ST 2110. Replacing the black and burst timing signal (and for those that used it, TLS), PTP changes the way we distribute time. B&B was a waterfall distribution, PTP is a bi-directional conversation which, as a system, needs to be monitored and should be actively maintained.

Michael Waidson from Telestream (who now own Tektronix) brings us the foundational basics of PTP as well as tips and tricks to troubleshoot your PTP system. He starts by explaining. the types of messages which are exchanged between the clock and the device as well as why all these different messages are necessary. We see that we can set the frequency at which the announce, sync and follow-up messages. The sync and follow-up messages actually contain the time. When a device receives one of these messages, it needs to respond with a ‘delay request’ in order to work out how much of a delay there is between it and the grand master clock. This will result in it receiving a delay response. On top of these basic messages, there is a periodic management message which can contain further information such as daylight savings time or drop-frame information.

Michael moves on to looking at troubleshooting highlighting the four main numbers to check: The domain value, grandmaster ID, message rates and the communication mode. PTP is a global standard used in many industries. To make PTP most useful to the broadcast industry, SMPTE ST 2059 defines values to use for message repetition (4 per second for announce messages, 8 for sync, delay request and delay response). ST 2059 also defines how devices can determine the phase of any broadcast signal for any given time which is the fundamental link needed to ensure all devices keep synchronicity.

Another good tip from Michael is if you see the grandmaster MAC changing between the grandmasters on the system, this indicates it’s no receiving any announce messages so is initiating the Best Master Clock Algorithm (BMCA) and trying the next grandmaster. Some PTP monitoring equipment including from Meinberg and from Telestream can show the phase lag of the PTP timing as well as the delay between the primary and secondary grandmaster – the lower the better.

A talk on PTP can’t avoid mentioning boundary clocks and transparent switches. Boundary clocks take on much of the two-way traffic in PTP protecting the grandmasters from having to speak directly to all the, potentially, thousands of devices. Transparent switches, simply update the time announcements with the delay for the message to move through the switch. Whilst this is useful in keeping the timing accurate, it provides no protection for the grandmasters. He finishes video ends with a look at how to check PTP messages on the switch.