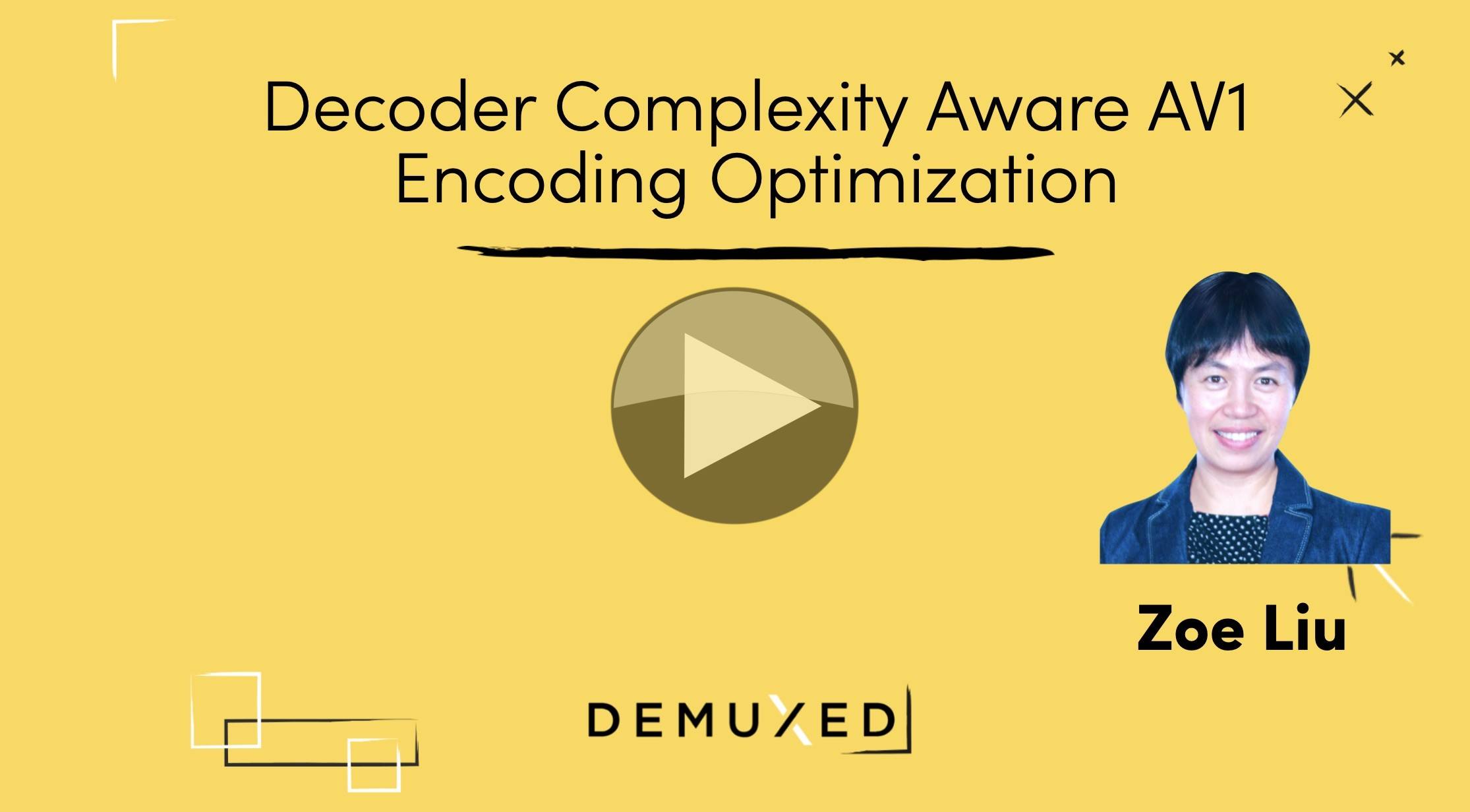 AV1’s been famous for very low encoding speed, but as we’ve seen from panel like this, AV1 encoding times have dropped into a practical range and it’s starting to gain traction. Zoe Liu, CEO of Visionular, is here to talk at Mile High Video 2020 about how careful use of encoding parameters can deliver faster encodes, smooth decodes, and yet balance that balance with codec efficiency.

Zoe starts by outlining the good work that’s been done with the SVT-AV1 encoder which leaves it ready for deployment, as we heard previously from David Ronca of Facebook. Similarly the Dav1d decoder has recently made many speed improvements, now being able to easily decode 24fps on mobiles using between 1.5 and 3 Snapdragon cores depending on resolution. Power consumption has been measured as higher than AVC decoding but less than HEVC. Further to that, hardware support is arriving in many devices like TVs.

Zoe then continues to show ways in which encoding can be sped up by reducing the calculations done which, in turn, increased decoder speed. Zoe’s work has exposed settings that significantly speed up decoding but have very little effect on the compression efficiency of the codec which opens up use cases where decoding was the blocker and a 5% reduction in the ability to compress is a price worth paying. One example cited is ignoring partition sizes of less than 8×8. These small partitions can be numerous and bog down calculations but their overall contribution to bitrate reduction is very low.

All of these techniques are brought together under the heading of Decoder Complexity Aware AV1 Encoding Optimization which, Zoe explains, can result in an encoding speed-up of over two times the original framerate i.e. twice real-time on an Intel i5. Zoe concludes that this creates a great opportunity to apply AV1 to VOD use cases.