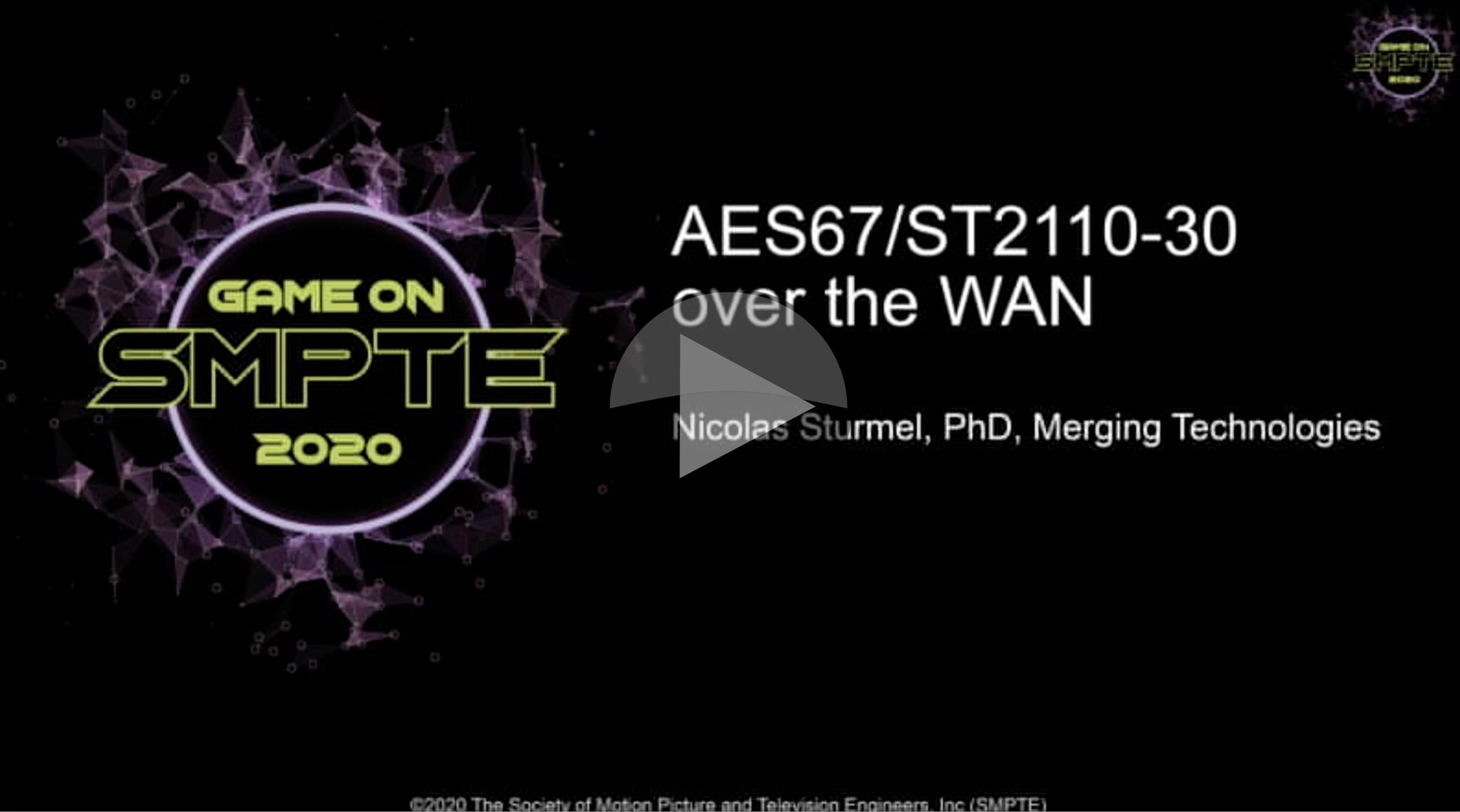 Dealing with professional audio, it’s difficult to escape AES67 particularly as it’s embedded within the SMPTE ST 2110-30 standard. Now, with remote workflows prevalent, moving AES67 over the internet/WAN is needed more and more. This talk brings the good news that it’s certainly possible, but not without some challenges.

Speaking at the SMPTE technical conference, Nicolas Sturmel from Merging Technologies outlines the work being done within the AES SC-02-12M working group to define the best ways of working to enable easy use of AES67 on the WAn. He starts by outlining the fact that AES67 was written to expect short links on a private network that you can completely control which causes problems when using the WAN/internet with long-distance links on which your bandwidth or choice of protocols can be limited.

To start with, Nicolas urges anyone to check they actually need AES67 over the WAN to start with. Only if you need precise timing (for lip-sync for example) with PCM quality and low latencies from 250ms down to as a little as 5 milliseconds do you really need AES67 instead of using other protocols such as ACIP, he explains. The problem being that any ping on the internet, even to something fairly close, can easily take 16 to 40ms for the round trip. This means you’re guaranteed 8ms of delay, but any one packet could be as late as 20ms known as the Packet Delay Variation (PDV).

Not only do we need to find a way to transmit AES67, but also PTP. The Precise Time Protocol has ways of coping for jitter and delay, but these don’t work well on WAN links whether the delay in one direction may be different to the delay for a packet in the other direction. PTP also isn’t built to deal with the higher delay and jitter involved. PTP over WAN can be done and is a way to deliver a service but using a GPS receiver at each location is a much better solution only hampered by cost and one’s ability to see enough of the sky.

The internet can lose packets. Given a few hours, the internet will nearly always lose packets. To get around this problem, Nicolas looks at using FEC whereby you are constantly sending redundant data. FEC can send up to around 25% extra data so that if any is lost, the extra information sent can be leveraged to determine the lost values and reconstruct the stream. Whilst this is a solid approach, computing the FEC adds delay and the extra data being constantly sent adds a fixed uplift on your bandwidth need. For circuits that have very few issues, this can seem wasteful but having a fixed percentage can also be advantageous for circuits where a predictable bitrate is much more important. Nicolas also highlights that RIST, SRT or ST 2022-7 are other methods that can also work well. He talks about these longer in his talk with Andreas Hildrebrand