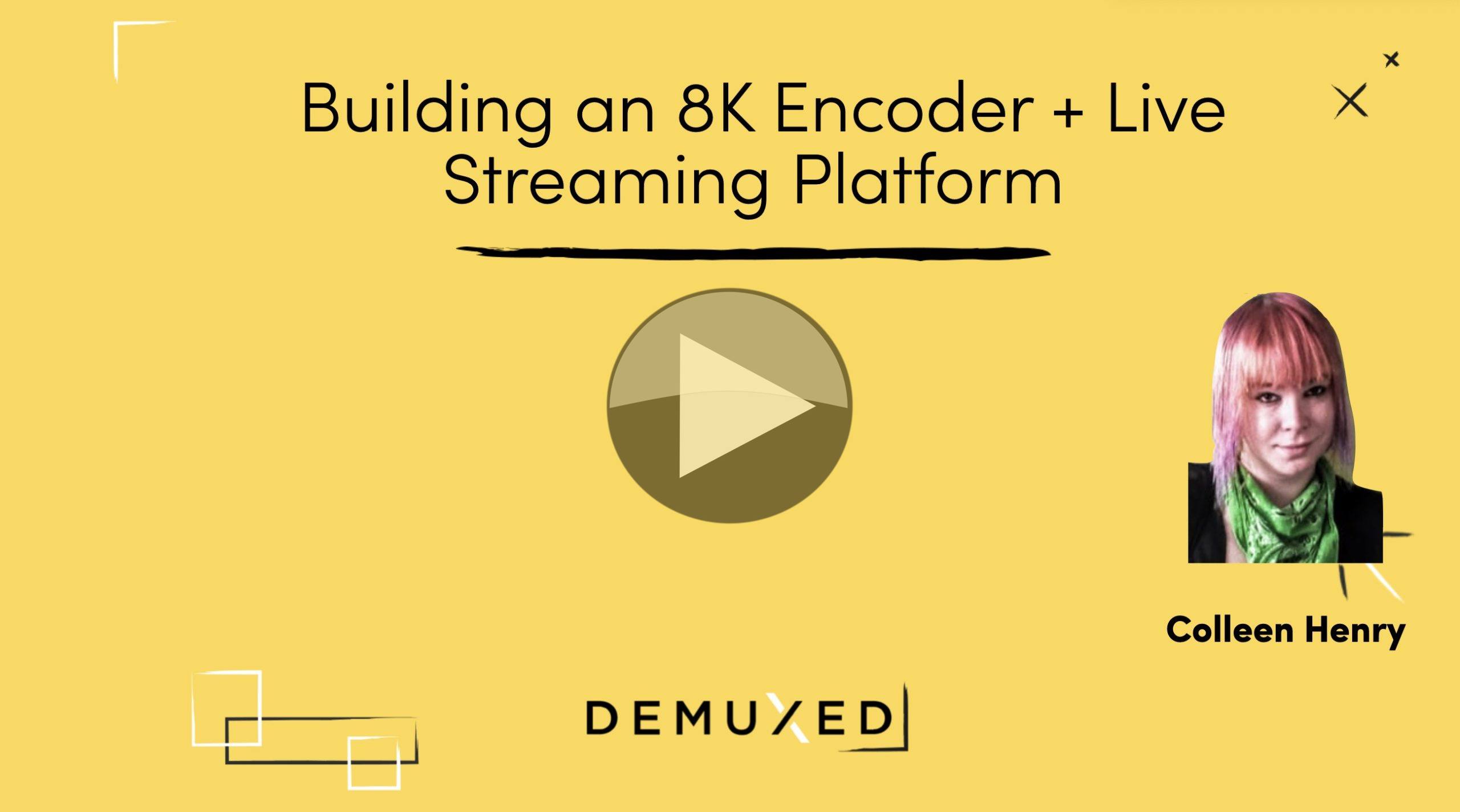 Streamline is a reference system design for premium quality, end to end live streaming all the way from SDI to a player fed from a CDN that works on the web, iOS, and Android devices. It uses commodity computer hardware, free software, and AWS to create an affordable way to learn how to build a high-quality live streaming system.

Already capable of 4K, this project is ideal for people to use as a learning tool to get first-hand experience of how live video works end to end. Now, the project is being extended to be able to four 4K 60fps feeds, or a single 8K stream. Ths update is called Streamline 2.

Colleen Henry from Facebook introduces the hardware behind the feat as comprising two NVIDIA QUADRO GPUs and one large CPU – a Ryzen 3990x. The equipment is perfectly capable of 8K, but the goal actually is to have enough power to deal with 10bit, 4K, HDR, high frame-rate feeds. The kit’s also intended to be able to encode AV1, LCEVC and VP9. Colleen suggests considering using the Lenovo ThinkStation P620 as a pre-built Threadripper desktop rather than building yourself.

Code for the project can be found at https://streamline.wtf. After encoding, the rest of the work is done in AWS. Caitlin O’Callaghan talks us through how to set up AWS by setting up an m4.xlarge server with the correct firewall and building the code from the Streamline 2 repository and then shows us how to install the encoder.