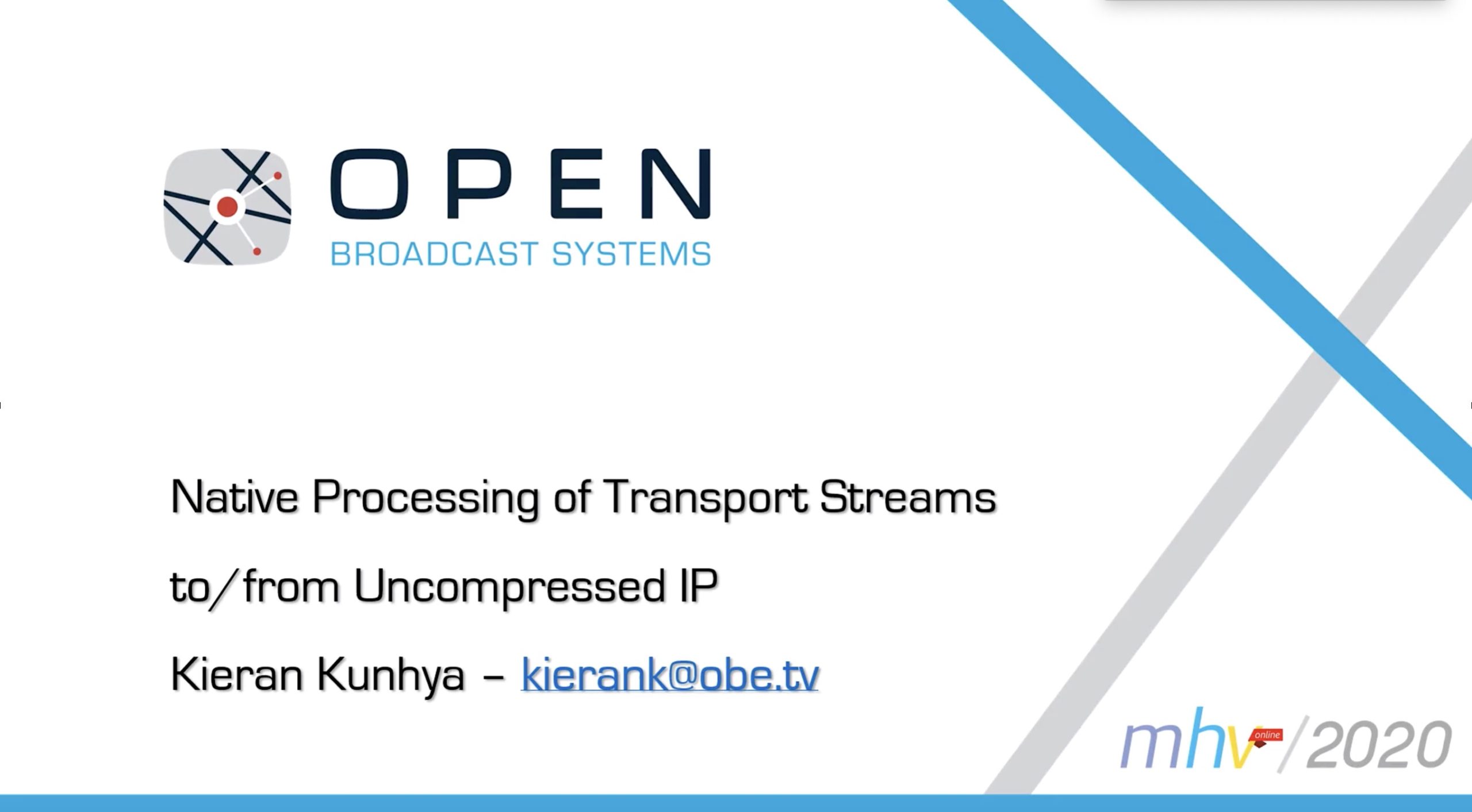 As much as the move to IP hasn’t been trivial for end-users, it’s been all the harder for vendors who have had to learn all the same lessons as end-users, but also press the technology into action. Whilst broadcast is building on the expertise, success and scale of the IT industry, we are also pushing said technology to its limits and, in some cases, in ways not yet seen by the IT industry at large.

Kieran Kunhya from encoder and decoder vendor Open Broadcast Systems, explains to us the problems faced in making this work for software-based systems. As we heard earlier this week on The Broadcast Knowledge, the benefits of moving functions away from bespoke hardware are the ability to move your workflows more easily into data centres or even the cloud. Indeed, flexibility is one important factor for OBS which is why they are a software-first company. Broadcast workflows have been traditionally static and still, today, tends to only do one thing so a move to software removes the dependence on specific, custom chips.

The move to IP has many benefits, as Kieran outlines next. In today’s pandemic, a big benefit is simply not needing a person to go and move an SDI cable. But freeing ourselves from SDI, we hear, is more than just that. Kieran acknowledges that SDI achieves ultra-low delay in the realm of microseconds to move gigabits of video, but this comes at a high price. Each cable only carries one signal and only in one direction, but more critically routers top out at 1152×1152 in size. Whilst this does seem like a large number, larger operators are finding this is is simply not enough as they continue to both expand their offerings and also merge (compare Comcast’s NBC and Sky businesses).

The industry, by looking towards higher bandwidth and more scalable technologies for video has solved many of these problems. The bandwidth routing capability of IT switches can be in the terabits with each port being 100 or 400Gbps. Each cable works bidirectionally and, typically, carries multiple signals. This not leaves the infrastructure future-proof to moves, say, to 8K video but enables much denser routing of signals well above 1152×1152. The result of Kieran’s work is 64 channel encoding/decoding in 2U which can replace up to a full rack of traditional equipment.

This success hasn’t come without a lot of work. The timings are very tight and getting standard servers to deliver 100% of packets onto a network within 20 microseconds takes hard-won knowledge. Kieran explains that two of the keys to success are using kernel bypass techniques where he’s able to write directly into the memory space the NIC uses rather than the traditional method which would take the data via the Linux kernel. Secondly, he uses SIMD CPU instructions directly. This can speed up code by up to twenty times compared to C and only needs to be done once per CPU generation.

Once these techniques are harnessed, OBS still has to deal with the variety of unusual pixel formats, the difficulty of reference counting with many small buffers, uncompressed audio which has low bitrate and short 125 microsecond packets. Coupled with other equipment which doesn’t verify checksums, doesn’t use timestamps and doesn’t necessarily hadn’t 16 channel flows, making this work is tough but Kieran’s very clear the benefits of uncompressed IP video are worth it.