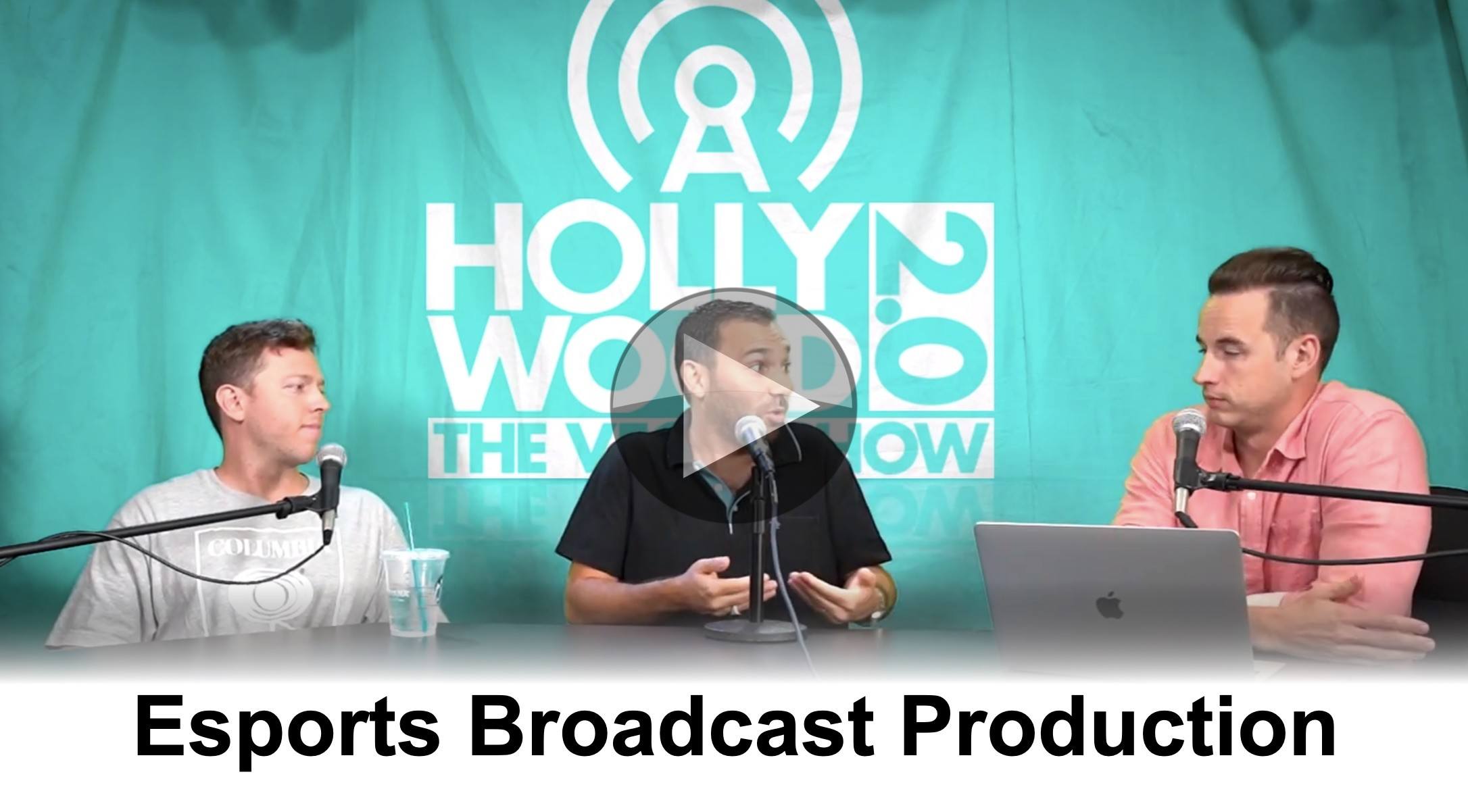 Esports is entering the mainstream and continuing to grow. Even without the pandemic, esports was set to grow in 2020 and 2021; this growth has only been strengthened by the pandemic. The exclamations about getting paid to pay computer games are gradually giving way to conversations about the sport itself.

In this show, Eric Fischman from Blizzard Games tlks to hosts Michael Clouse and Ben Ganz about his work producing TV shows followig esports, specifically the Blizzard Overwatch league. Overwatch is an action based shooter with a team of 6 playing against another team of 6. This works perfectly for esports because the game is inherently a team event whereby each gamer has to rely on others in his team.

Eric produces the daily pre- and post-show for the event and says that the workflows he uses are no different from those at ESPN or similar sports broadcasters. The only difference is that they have an added function – observers. Observers act as camera operators within the game showing key events from behind the perpetrator’s shoulder or from above to see everything unfold.

Eric sees his job as to humanise the stars which helps the viewers connect and care about them. Just like traditional sports will have colour pieces which tell you more about the athletes you like, so do these shows give you the same insight into the individuals but also the story of the event as a whole.

Investors are currently very happy to come in and buy teams. Eric explains that Blizzard’s approach is to establish geographic teams such as London, Singapore and a whole host of American cities. And it’s not just VCs behind the action, Comcast Sports Group has bought in the Philadephia team,

The gamers work hard, often 12 hours a day learning the game and its changes. This can lead to mental fatigue or other problems so players get a week or more off between most tournaments. While they’re doing that, they figure about what the ‘meta’ of the game is. This is another word for determining the best approach to winning the game and as the game is patched, the meta can change.

An interesting discussion is what’s the longevity of esports both as a genre of sports and per game. Since the mid 1850s, we have been playing rugby. We will still be playing esports in 100 years time, but will they be recognisable?

There was a lot more to the conversation so please:
Watch now!
Speakers