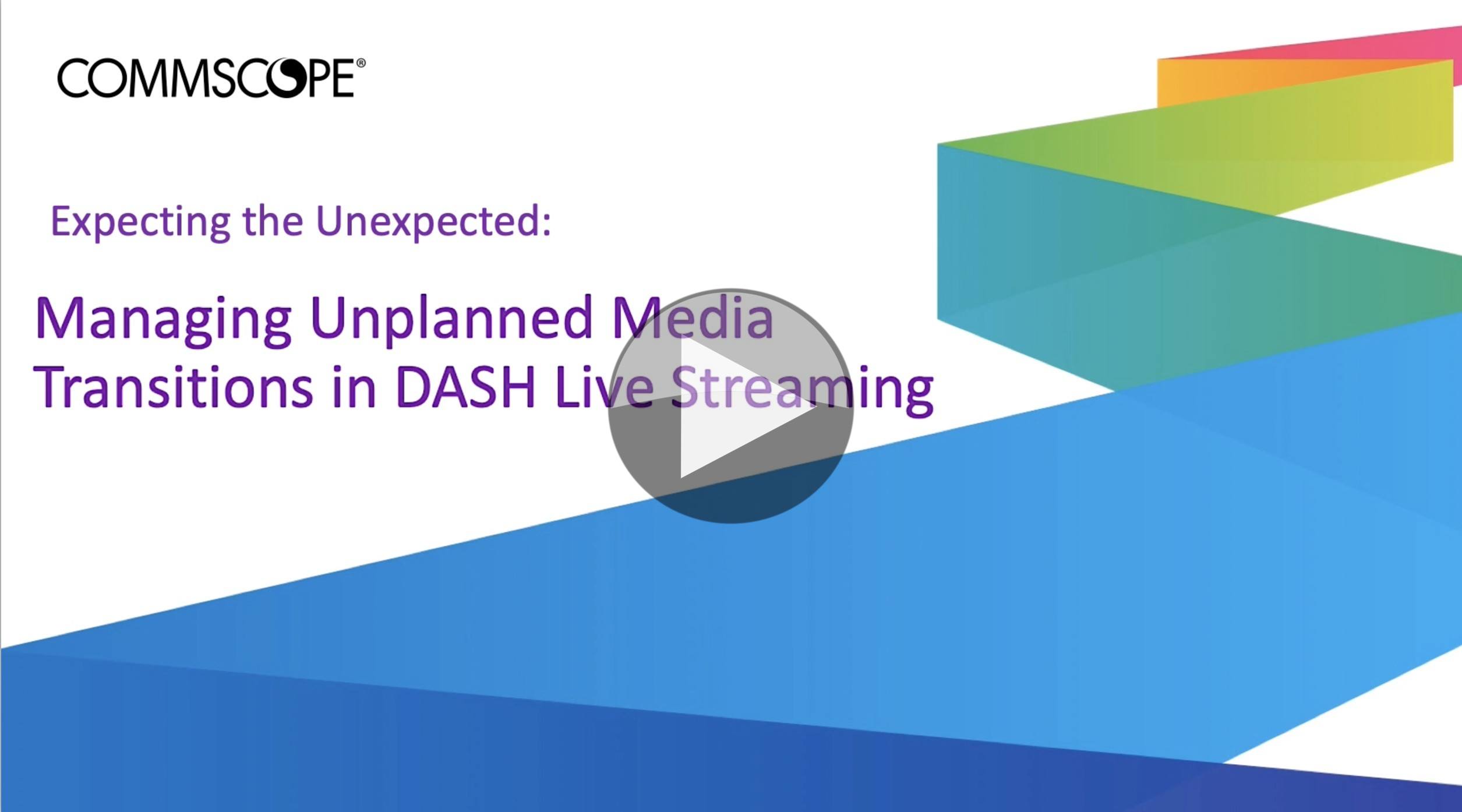 In live sports, a cut to or from ads can happen at a moment’s notice. Whilst not an issue for over-the-air broadcast, when you’re streaming it can be tough to get the ‘switch’ message out to the client in time. Server-side ad insertion is usually achieved by manipulating a manifest for a customer. This allows insertion of ads without having to encode the video into the programme video and allows for personalisation.

David Romrell from CommScope starts by giving an overview of how SSAI works and where players can get tripped up by going a little ahead. This talk looks at how to deal with unexpected breaks, for instance when play finishes abruptly, and for early recalls where, say, something interesting happens on pitch and the break is abandoned. There is in-band signalling of events possible within MPEG dash, but this will only work when the player hasn’t gone ahead of time so it’s not to be relied upon in this scenario.

Players can ‘go ahead’ because of the MPD (Media Presentation Description). David walks us through the anatomy of an MPD showing how it lays out a template for extrapolating the chunk name for future chunks. It also provides a heartbeat for how often the client needs to check for an updated playlist known as the MUP. This minimum update period needs to be set to balance between allowing the client some autonomy and being able to make moment-to-moment changes.

David walks through a scenario with an early return showing how a player may get confused and, at best, cause a bandwidth spike and a double hit on the CDN. At worst, the stream will rebuffer and jump. To avoid this, we see 4 options offered by David. One is to issue new periods the moment they’re known about. Even if the media list is empty, this at least signals that there’s a change coming up. This method works but the less warning there is, the less effective it is. A second idea is to ensure that ads aren’t advertised ahead of the packager which stops the player going ahead and downloading content early. The last two, we look at in more detail.

David concludes saying there is plenty of flexibility for implementation in DASH, that UTCTiming or AST shift can deliver the consistent client experience we are looking for but that the lower the latency, the more severe the trade-offs in these unplanned scenarios.