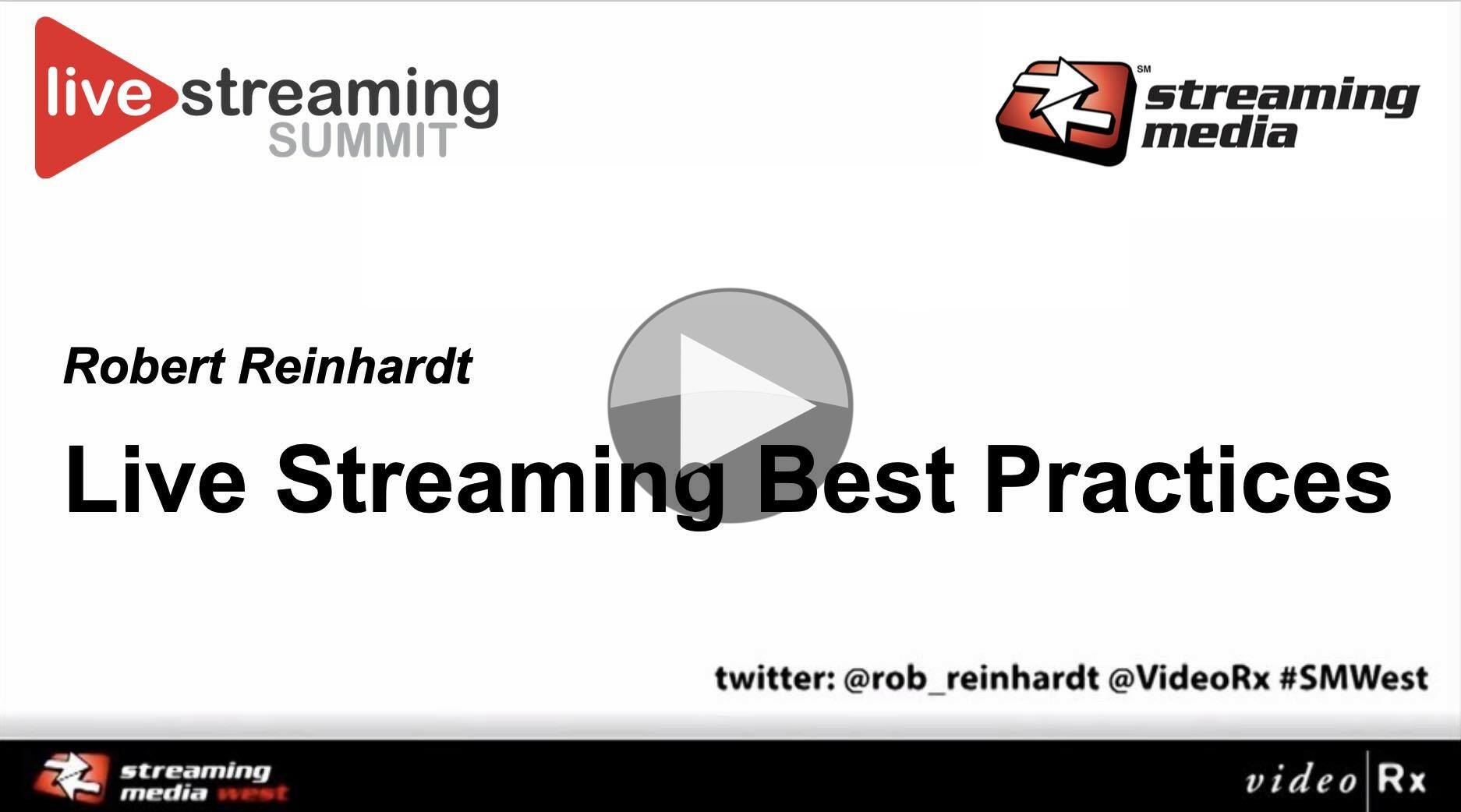 Live streaming of events can be just as critical as broadcast events in that failure is seldom an option. Whether a sports game, public meeting or cattle auction, the kit needed to put on a good stream shares many of the hallmarks of anything with high production values: multiple cameras, redundant design, ISO recording, separate audio and video mixing and much more. Yet live streaming is often done by one person or just a handful of people. How do you make all this work? How do you guide the client to the best event for their budget? What pitfalls can be avoided if only you’d known ahead of time?

Robert Reinhardt from videoRx took to the stage with Streaming Media to go through his approach to live streaming events of all different types. He covers the soft skills as well as the tech leaving you with a rounded view of what’s necessary. He starts by covering the kit that he will typically use discussing the cameras, encoders, recorders, audio mixer and video mixer. He talks about the importance of getting direct mic feeds so you retain control of the gain structure. Each of these items is brought on-site with a spare which is either held as a backup or, like the recorders, is used as an active backup to get two copies of the event and media.

For Robert, Wowza in AWS is at the centre of most of the work he does. His encoders, such as Videon deliver into the cloud using RTMP where Wowza can convert to HLS in multiple bitrates. Robert calls out the Videon encoders as well priced with a friendly and helpful company behind them. We see a short demo of how Wowza can be customised with custom-made add-ins.

Robert says that every live stream needs a source, an encoder, a publishing endpoint, a player, archive recording and reliable internet. A publishing endpoint could be YouTube or Facebook, a CDN or your own streaming server such as in Robert’s case. The reliable internet connection issue is dealt with as a follow up to the initial Discovery process. This discovery process is to help you work out who matters such as the stakeholders and product owners, which other vendors are involved and their responsibilities. You should also confirm who will be delivering content such as slides and graphics to you and find out how static their budget is.

Budget is a tricky topic as Robert has found that the customer isn’t always willing to tell you their budget, but you have to quickly link their expectations in terms of resilience and production values to their budget expectations. Robert shares his advice on detailing the labour and equipment costs for the customer.

A pre-even reccy is of vital importance for assessing how suitable the internet connectivity is and making sure that physical access and placement is suitable for your crew and equipment. This would be a good time to test the agreed encoder parameters. Ahead of the visit, Robert suggests sharing samples of bitrates and resolutions with the customer and agreeing on the maximum quality to expect for the bandwidth available.

Robert rounds off the talk by walking us through all of the pre-event checks both several days ahead and on the day of the event.