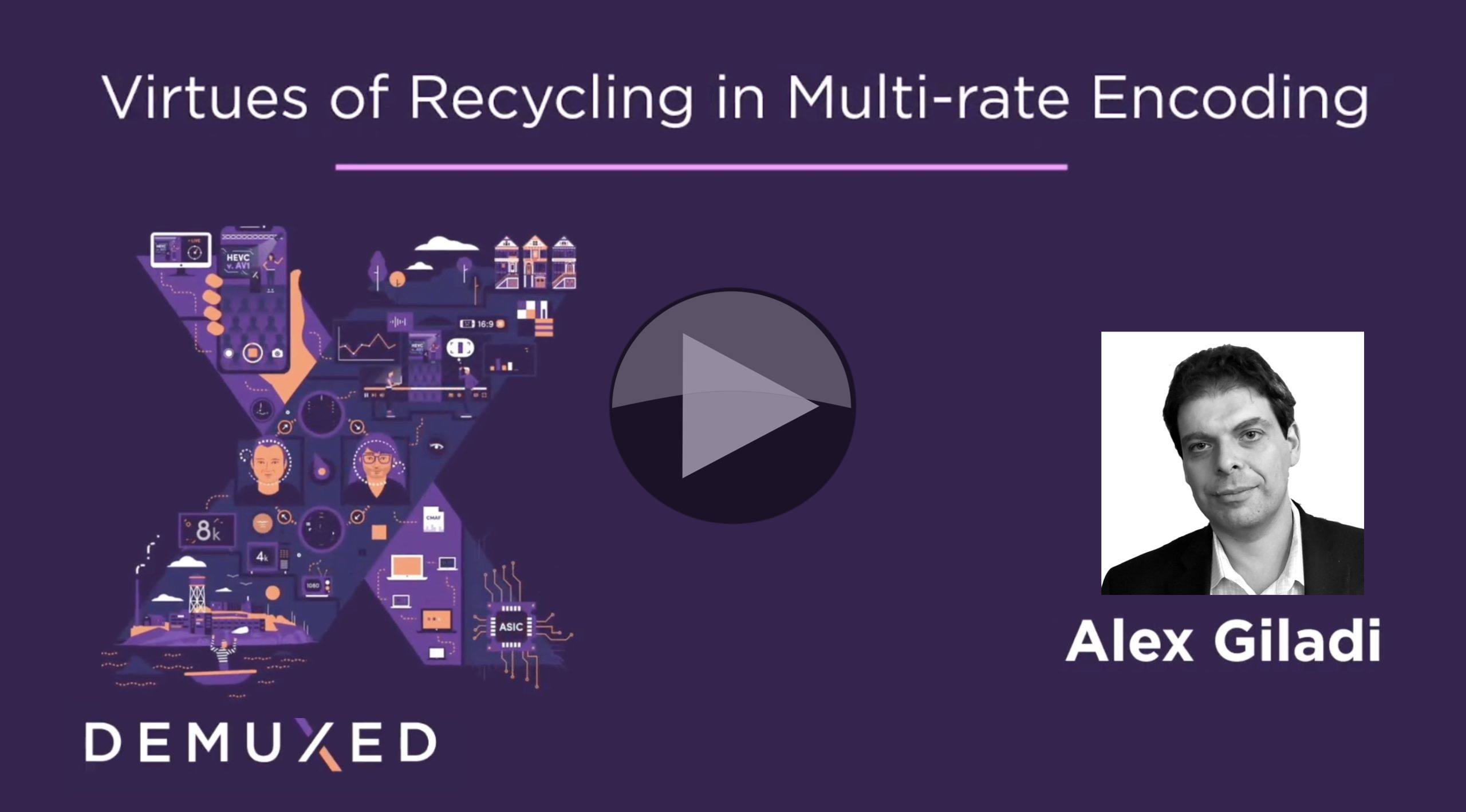 Recycling may be good for the environment, but it turns out it’s good for bit rate too. Remembering that MPEG (and similar) video compression includes splitting the picture into blocks, decomposing them into basic patterns and also estimating their motion, this talk wonders whether calculations made on the blocks and the motion of these blocks done on the SD picture can be re-used on the HD picture and then again on the UHD picture. If so, this would surely reduce the computation needed.

“The content is perceptually identical,” explains Alex Giladi from Comcast, “…the only difference is how many pixels it occupies.” as he highlights the apparent wastefulness of ABR encoding where the same video is taken in multiple resolutions and encoded independently. The technique starts by analysing the lowest resolution video for motion and re-using the calculations at a higher resolution. Naturally there are aspects which can’t be captured in the lower resolutions, but also there are sensitivities to the bitrate so Alex explains the refinement options which have been developed to adapt to those.

As the talk wraps up, Alex presents the results found which show that the quality is not degraded and there is a better than 2x speed increase. Finally we look at a real-life flow of encoding. 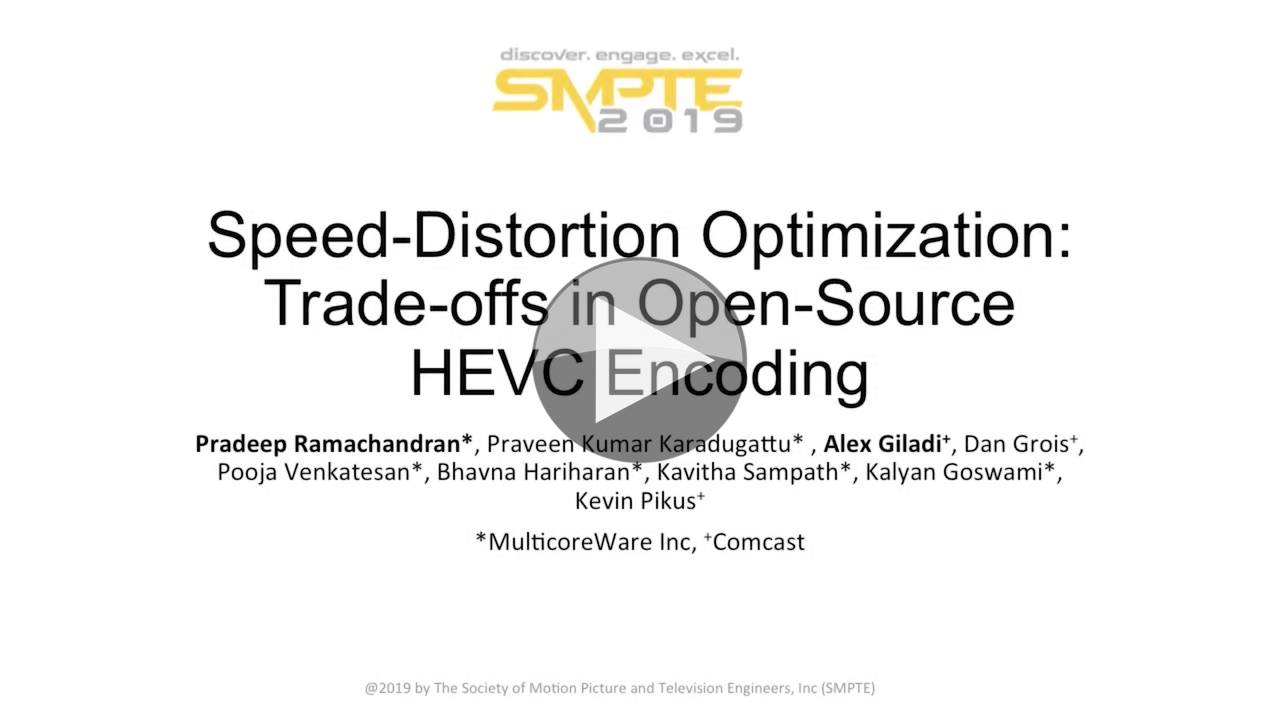 HEVC, also known as h.265, has been with us for 7 years and whilst its use continues to grow, its penetration remains low in streaming and broadcast transmissions. One reason for this is the increase in compute power it requires. With 4-rung ABR ladder for streaming being so common, a two-fold increase in complexity means finding 8 times as much compute power in your encoder.

This talk, led by MulticoreWare and Comcast, discusses the x.265 codec and the abilities of the presets. Pradeep Ramachandran uses a diagram of the x.265 encode system to expose some of the ways in which x.264 works.

Pradeep then gives an overview of the key tools of HEVC ahead of explaining those they tested against using UHD HDR content. Alex Giladi then takes the stage detailing their use of Dynamically Controlled RDO and how they were able to determine the best combination of modes to create the best encode.